Tom Latham said New Zealand would benefit from recent knowledge of playing Bangladesh, whom they face at the Oval on Wednesday.

Wicketkeeper Tom Latham said Tuesday that adaptability was the key to World Cup success and that New Zealand were “lucky” to have had recent experience of playing Bangladesh. New Zealand reached the World Cup final for the first time four years ago but had to settle for a runners-up finish against Australia. They started in impressive fashion at this year’s tournament in England and Wales, steam-rolling Sri Lanka by 10 wickets in Cardiff at the weekend.

“We play nine games at nine different venues around the country,” said Latham. “It’s important to adapt to every surface, every team, as quick as possible. “The way we usually play a series back home, you play two or three games against a side and you’re able to try to work out the way they go about things.

“But in a World Cup and this situation, you run once and it’s important that you adapt really quickly to what that side offers.”

He said New Zealand would benefit from recent knowledge of playing Bangladesh, whom they face at the Oval on Wednesday.

“I guess we’re lucky with a side like Sri Lanka and Bangladesh who we have played recently in our home summer,” he said. “We are sort of familiar with them.”


Latham predicted a tough contest against Bangladesh, who beat South Africa in their first match of the tournament to get off to a flying start. “I think the way we went about things against Sri Lanka was ideal, but we know we’re going to be put under pressure tomorrow and throughout this tournament,” he said.

“So I’m certainly looking forward to the challenge of doing it all again tomorrow.”

Latham said it would be “great” to see Bangladesh in London after the Asian nation cut short their tour of New Zealand earlier this year following the Christchurch mosque attacks.

“I’m sure both sides are looking forward to getting out there and getting back to the cricket field around what we love doing,” he said. 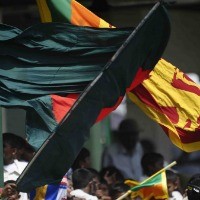 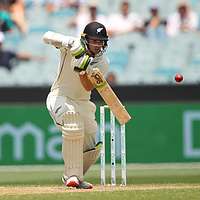