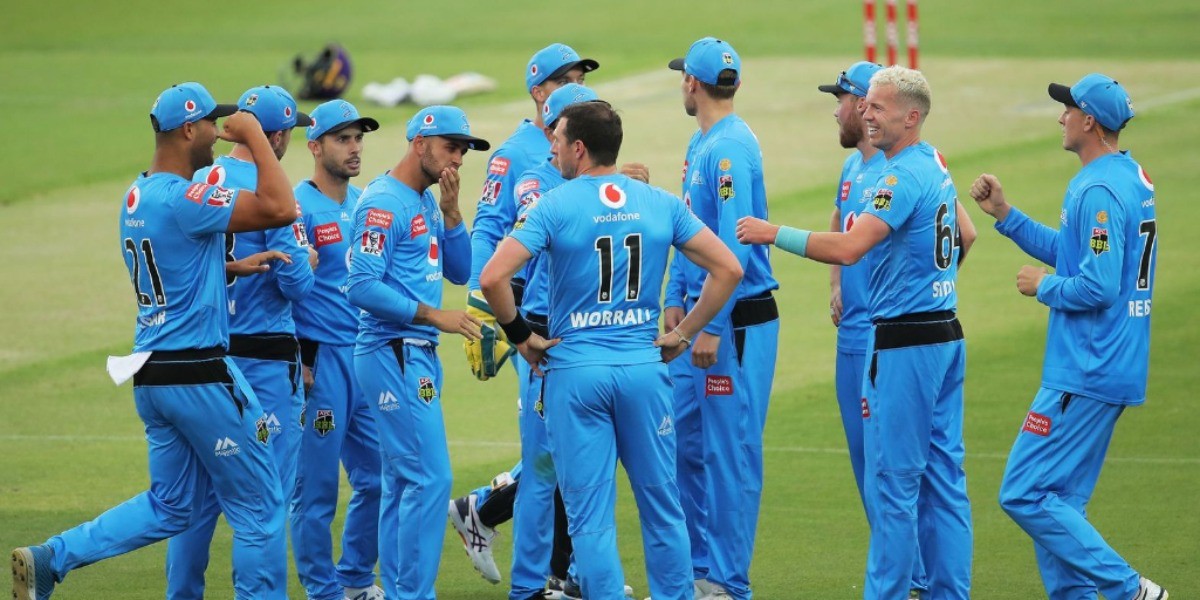 Adelaide Strikers take on Brisbane Heat in Match 46 of the Big Bash League (BBL) 2020-21 at the Adelaide Oval on Thursday (January 21). With just three matches left in the group stages, every game becomes a must-win for all teams and it is no different with the Strikers and Heat. The last time these two teams met, it resulted in a heart-breaking two-run loss for Heat and they will look to avenge that result in this all-important tie.

Strikers have won seven out of their 12 matches over Heat in the BBL and also have a 3-2 lead in the last five matches. 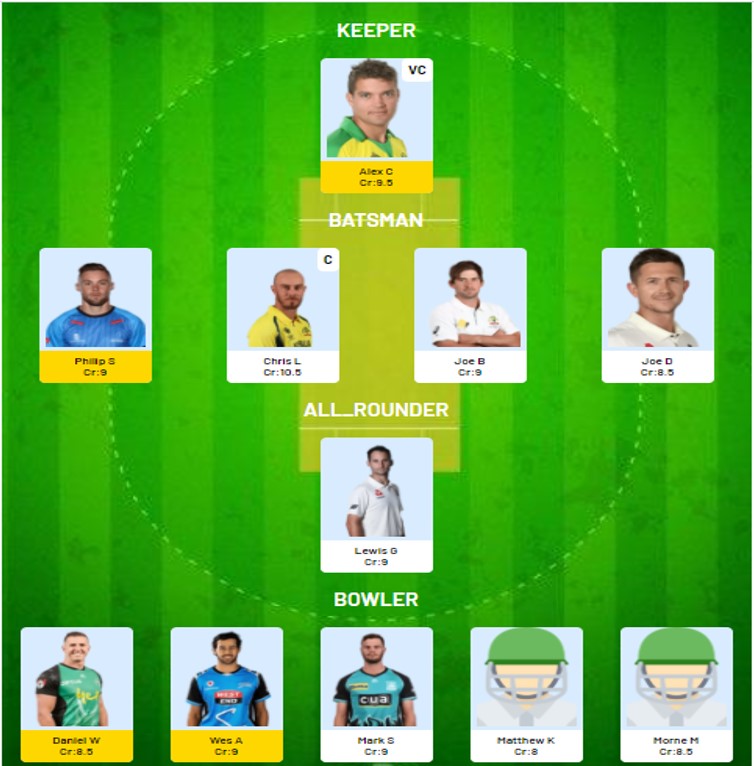 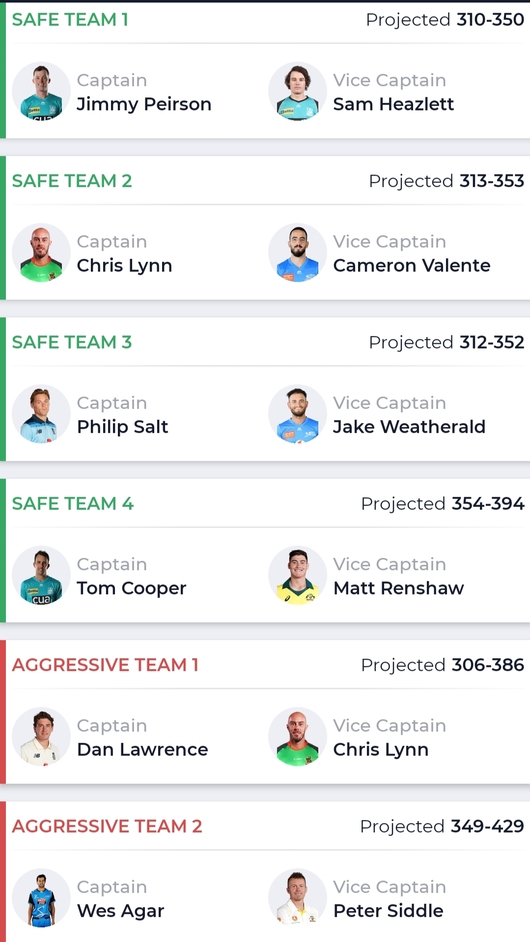 Five matches have been played at the Adelaide Oval this season so far. A wicket has fallen every 17.8 deliveries, 22 .9 runs apart at an economy rate of 7.7.

Like most venues in the country, the pacers have been better when it comes to picking up wickets at regular intervals, but the spinners have a superior economy rate. In BBL 2020-21, the fast bowlers have picked up a wicket every 16.2 deliveries at an average of 22.1 to go with an economy rate of 8.2 at this venue. The corresponding numbers for spinners are 21, 24.5 and 7 respectively. 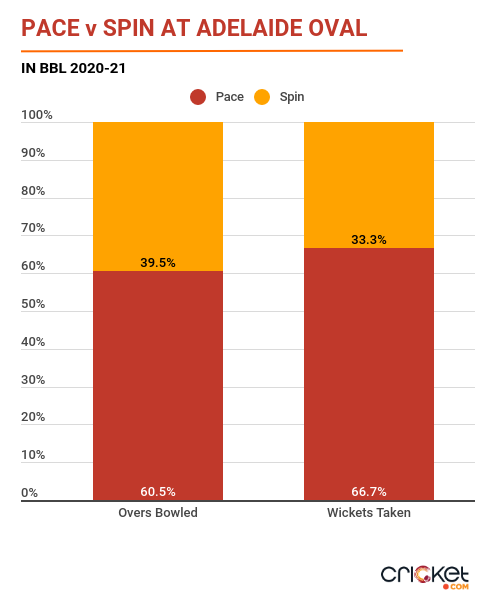 While it will be the pacers who will rule the roost, it might not be a bad idea to field a couple of spinners like Matthew Kuhnemann, Liam O’Connor or even Danny Briggs in your fantasy team. Legspinner Mitchell Swepson too could return for Heat and might be a more than decent addition to your team.

The team chasing have on three out of the five matches, which include the last two games. It could be a sign that the pitch has eased up as the match has progressed. However, the average score batting first this season at the Adelaide Oval has been 168, while for the team chasing, that number is 136. Based on those numbers, the captain winning the toss could be tempted to bat first, but given that the team chasing has won the last two games here, he might go the other way.

Jake Weatherald has just 48 runs from his last three innings but could rectify that record when he comes up against Jack Wildermuth, against whom he has scored at a strike-rate of 190 and is yet to be dismissed in the five encounters that have come up against each other. The southpaw has hit a boundary once every 3.8 deliveries against the fast bowler.

With the Australia-India Test series coming to an end, Travis Head could be in line to play this game. While he is a handy top-order batsman, his offspinners have troubled Jimmy Peirson quite often. In the three matches, Head has dismissed Peirson twice and has conceded just eight runs in as many deliveries. The wicketkeeper-batsman could be in for yet another test if he comes up against Head again.

With three fifties in his last six innings, Brisbane Heat are often dependent on Chris Lynn to get them off to a flying start. He has been fairly successful in doing so in recent matches and once he gets going, it could be hard for the bowlers to stop him. He has scored 300 runs in seven innings this season at 42.85 to go with a strike-rate of 147.78. He could once again fetch your team a lot of points this time around.

Our Criclytics player projector predicts Lynn could score 17-40 runs in this match.

Mark Steketee went wicketless for the first time this season in the previous match against Perth Scorchers, but nevertheless, he has been a consistent performer for Heat, having picked up 18 wickets at 18.27, striking once every 12.5 deliveries. Only Jhye Richardson with 21 wickets has more wickets than Steketee this season.

Our Criclytics player projector predicts Steketee could pick up 1-2 wickets in this match.

Wes Agar has had a memorable tournament thus far in which he has picked up 17 wickets at 19.58 and has conceded at under eight an over. He has already equaled his wicket tally from last season and will be looking to add a few more in his kitty which could take Strikers to the second position in the table. With Peter Siddle likely to sit this one out, a lot of responsibility will be on Agar, who has picked up six wickets from his last five matches in the tournament.

Our Criclytics player projector predicts Agar could pick up 1-2 wickets in this match.

Alex Carey has just two 30-plus scores in the last five innings this season, but if there is anyone who could help his team overcome a massive 111-run loss over Melbourne Stars, it is the Strikers captain. Overall, Carey has not had a particularly bad season, having scored 280 runs at 31.11 at a strike-rate of just under 120. He has also a couple of fifties from his nine innings in the tournament so far.

Our Criclytics player projector predicts Carey could score 13-36 runs in this match.