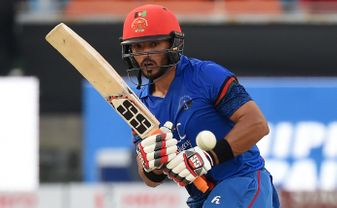 Gulbadin Naib is the new ODI captain and will lead the team in the World Cup.

In a major overhaul, Afghanistan Cricket Board (ACB) have appointed new captains across all three formats. Asghar Afghan has been removed as captain in all three formats and the board has appointed Gulbadin Naib, Rashid Khan and Rahmat Shah as the ODI, T20I and Test captain respectively. The board also announced the vice-captains - Rashid (ODI), Shafiqullah Shafiq (T20I) and Hashmatullah Shahidi (Tests).

Naib has been entrusted with the responsibility of leading the side in the ICC World Cup 2019, which begins on May 30. Afghanistan, who had won the World Cup Qualifier in 2018, will face-off against defending champions Australia on June 1 in their first game of the competition.

Asghar, who recently led his nation to their first-ever Test win over Ireland, took over captaincy from Mohammad Nabi in April 2015. Under his reign, Afghanistan registered 31 ODI wins and 37 T20I victories.

Afghanistan will take on Scotland and Ireland in May against whom they will play two ODIs apiece. They will also take on Pakistan and England in a one-off ODI, before kick starting their World Cup campaign.