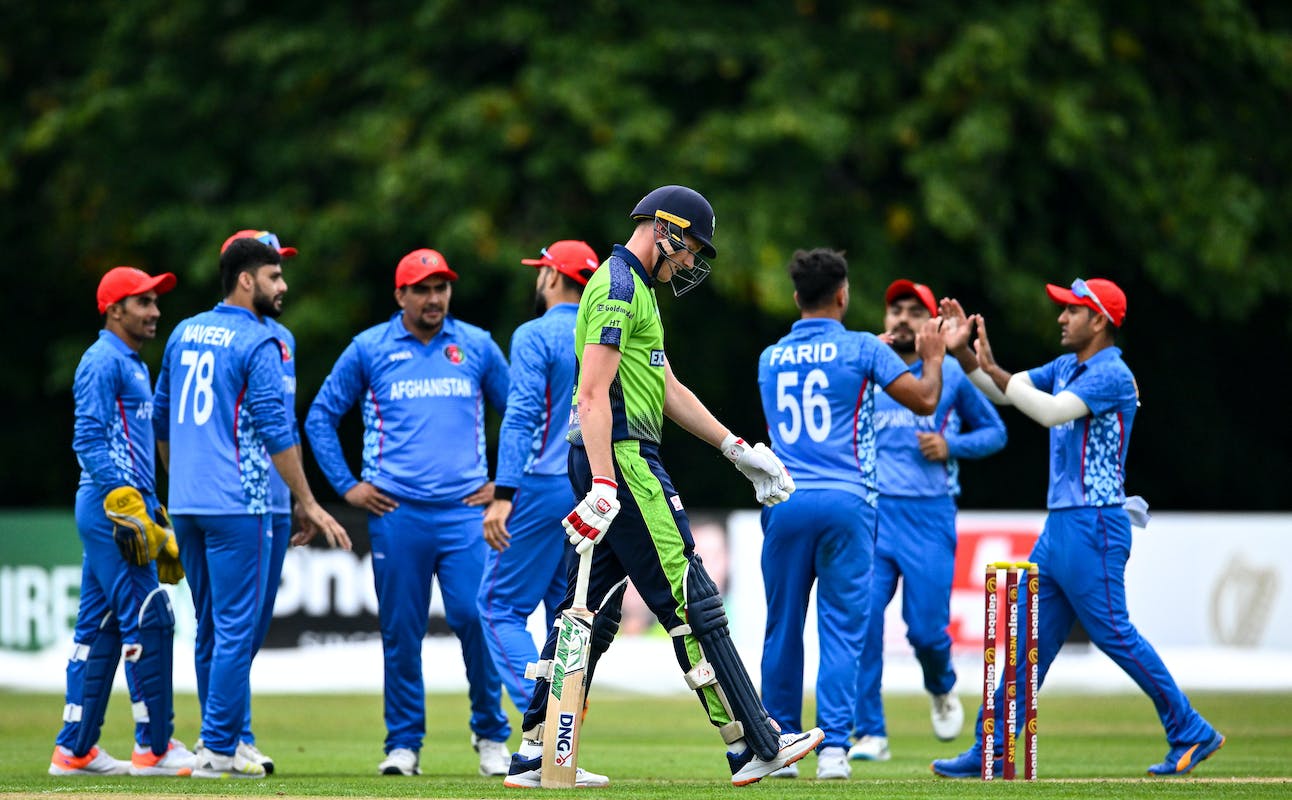 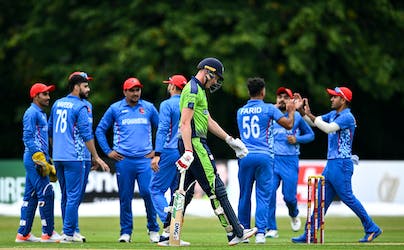 Cameos from Gurbaz, Najibullah and Rashid helped the visitors register a 27-run win

Mohammad Nabi’s Afghanistan are a victory away from completing a series comeback as the visitors registered a 27-run victory in the 4th T20I in Belfast on Monday to level the series (2-2) and enforce a decider. The contest was reduced to a 11-over affair due to rain, but Afghanistan outclassed the hosts Ireland with both bat and ball to make it back-to-back wins and level the series.

It was Ireland skipper Andrew Balbirnie, taking the weather into equation, that opted to field after winning the toss, but cameos from Rahmanullah Gurbaz (24 off 13 balls), Najibullah Zadran (50 off 24 balls) and Rashid Khan (31* off 10 balls) propelled the visitors to 132/6 in their 11 overs. Afghanistan kept going hard at the Irish bowlers despite losing regular wickets and reaped rich rewards for their fearless approach, posting a daunting total. No Ireland bowler was spared on the day, each of the six individuals who took the ball conceding at over 10 runs per over.

Chasing 133 in 11 overs was always going to be a tough ask but the hosts got off to a flyer, five fours and a six in the first 9 balls of the innings. Paul Stirling and skipper Balbirnie latched on to the bowling of Naveen-ul-Haq and Azmatullah respectively, and Ireland remarkably were 28/0 in 1.3 overs.

But after the hat-trick of boundaries in the second over, Azmatullah dismissed the skipper to peg the Irish back, post which the hosts were rocked by a double strike in the fourth over. Left-arm pacer Fareed Ahmad struck twice in three balls to remove Stirling and Loran Tucker, and the Irish innings never recovered from the back-to-back strikes.

George Dockrell (41* off 27 balls) fought a lone battle, but each of the last six batters failing to even pass the 5-run mark ensured that the hosts got bowled out for 105 and lost the encounter by 27 runs. The innings, crucially, marked the return to the wickets column for Rashid, who astonishingly went wicketless in each of the first three matches of the series.

With the series square at 2-2, the fifth and the final T20I will be played at the Civil Service Cricket Club in Belfast on Wednesday, August 17.