Flashback to 2015, when Afghanistan last played Sri Lanka in a World Cup. The Lankans were tested by the Afghans in a chase of 236, having reduced the islanders to 51 for 4 at one stage.

Four years later, Afghanistan has climbed the international with the addition of players like Rashid Khan and Mujeeb Ur Rahman, and earning Test status along the way. Sri Lanka on the other hand has gone steadily downhill following the loss of stars such as Sangakkara, Jayawardene and Dilshan.

Both teams were outplayed in their opening games of this World Cup. Afghanistan showed fight against Australia; the Lankans in contrast were flattened in a 10-wicket loss to New Zealand. It is thus the younger cricketing nation that will feel more confident going into this encounter, the second for both sides.

Sri Lanka’s cause is not helped by a dismal record in Cardiff either. They have lost each of their five games at the venue, the fifth being the loss to New Zealand in their Cup campaign opener. Lanka’s woes are magnified by the fact that not only have they lost their batting stars, their bowling unit has tailed off as well and is, currently, the most expensive among all participating countries across phases. 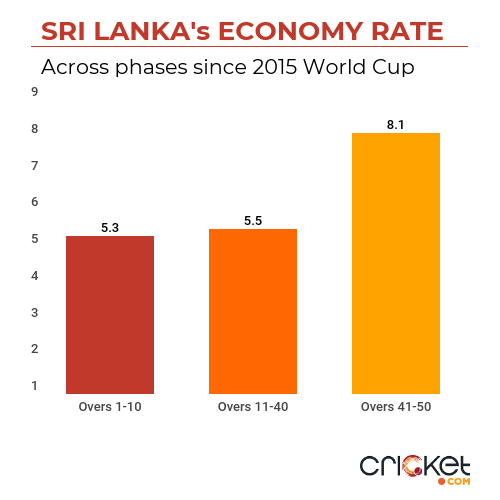 These numbers were validated in the game against the Kiwis, where none of their bowlers could manage an economy rate lower than six, with the result that the Kiwis cruised to the target within 17 overs.

Sri Lanka’s biggest bowling problem is that it is ineffective in the middle overs. Along with an economy rate of 5.51 in the overs 11 to 40, they have a bowling average as high as 44.6.

This weakness is counterpointed by the opponents’ strength. Afghanistan has built a strong middle order over the last couple of years, with Rahmat Shah and Hashmatullah Shahidi finding consistency and teaming up well with the veterans Mohammad Nabi and Gulbadin Naib. 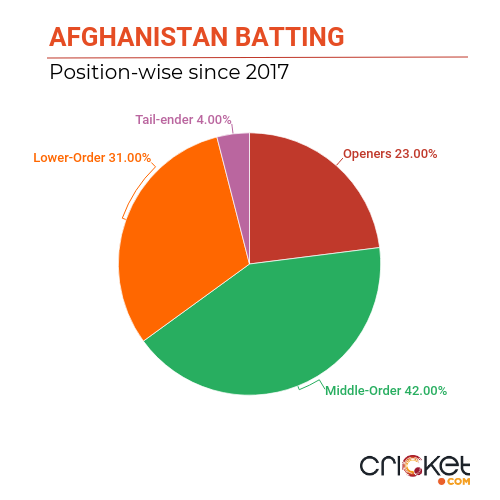 Afghanistan’s chink lies in the opening, with Mohammad Shahzad, their kingpin at the top, being inconsistent of late. 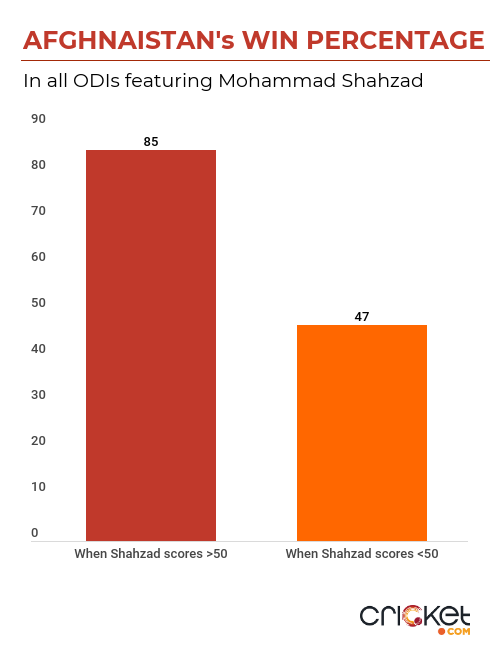 Australia the other day pegged Afghanistan back by dismissing Shahzad in the very first over -- in fact, the Aussies got both Afghan openers out within the first couple of overs, which transferred the pressure onto the middle order.

Sri Lanka will need to follow the same script, though it is worth mentioning that the Lankans don’t have bowlers of the calibre of Mitchell Starc and Pat Cummins. Despite that, it is a fact that Afghanistan’s Achilles heel is the opening batting, and Lanka will need to exploit that if it is to stand a chance.

Another notable aspect that may dictate the outcome is the performance of the Afghan bowlers, who have played a massive role in the side’s success over the years, but have been below-par when bowling to Test-playing nations.

The Sri Lankan batsmen were blown away by the Kiwi pacers for a mere 136 but will fancy their chances against Afghanistan, primarily because the Afghans rely on spin rather than pace. Since the 2015 World Cup, the Islanders have an average of only 24.98 against pace but average 32.07 runs per wicket against spin.

With Asghar Afghan out due to injury, Afghanistan fielded their most experienced batting line-up in their first game, and may not tinker with it. However, knowing the conditions in Cardiff where the New Zealand pacers dominated the Sri Lankan batsmen, Gulbadin Naib might be tempted to replace the out-of-form spinner Mujeeb Ur Rahman with medium-pacer Aftab Alam.

The Lankans had little to look at in their XI in the first game, which got over in less than 50 overs, so they will likely stick with the same set of players.

ANALYSIS
Few boxes ticked, plenty remain
After getting off in the World Cup, both Sri Lanka and Pakistan look to gather momentum.