Aizaz Khan: Our target is to regain ODI status in three years’ time 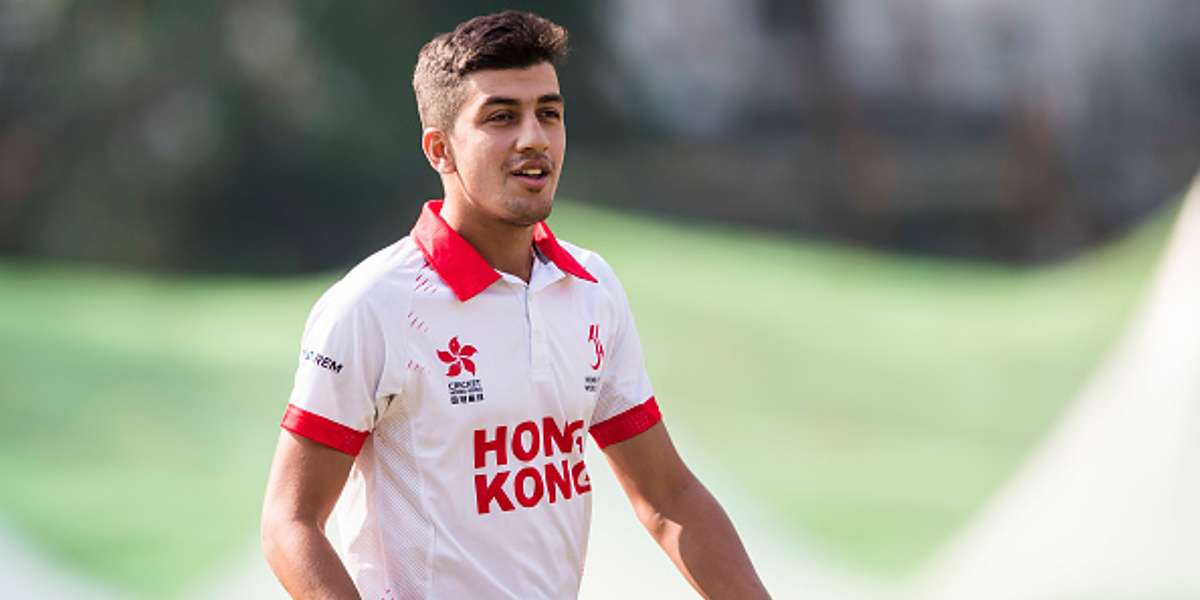 Aizaz Khan: Our target is to regain ODI status in three years’ time

The Hong Kong captain opens up about his short tenure as captain so far, his journey and what needs to be done to turn things around

Aizaz Khan has been playing for Hong Kong right from the Under-15 level and has successfully risen up the ranks. He has now taken over the mantle of leading the side after Anshuman Rath decided to pursue his cricketing career in India. In his brief stint as captain so far, Aizaz has led Hong Kong in a couple of tournaments and is enjoying the added responsibility, along with the recently-appointed coach Trent Johnston, the former Ireland captain.

“He’s a very good coach. He communicates well with me as well as the team. He is disciplined and has been looking after the team very well,” Aizaz said in a chat with Cricket.com.

Speaking of Rath, he along with Mark Chapman, left Hong Kong to pursue their careers elsewhere. While Chapman has played a few games already for New Zealand, Rath like Chapman will have to begin right from scratch in India, where he is set to feature for Vidarbha in the domestic circuit. Aizaz though sees their departure as an opportunity for someone else to step up. 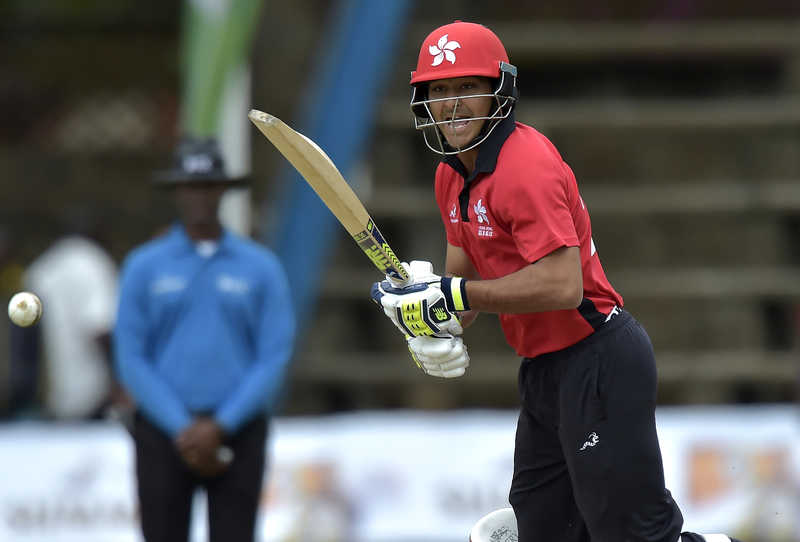 “Anshuman and Mark Chapman they were both great players. It’s a big loss for us. They were our top batsmen. We respect their decision. Chapman is doing well in New Zealand and Anshuman is doing well in India. I wish them all the best for that. It’s a great opportunity for other youngsters as well here in Hong Kong. We have got a few players and it is a good opportunity for the young guys to get a chance and perform do well for the team,” the Hong Kong captain said.

Aizaz rose to prominence in 2011 when he smacked three sixes in a crunch game against Italy in the ICC World Cricket League Division Three batting at 11, when least expected. Hosts Hong Kong not just won the match, but that also propelled them to the final, which secured them a promotion. Aizaz came into bat when his team needed 26 from 12. He knocked off 24 runs by himself off just eight deliveries and Hong Kong won the game with two balls to spare.

Talking about that match, Aizaz recalls, “It was the last wicket, I was batting No. 11. We were nine-down and we needed like 25 runs off 2 overs. To be honest, I did not feel the pressure because the game is finished and it can’t be on me even if I get out. I just tried and hit one (six). As soon as I hit the second six…and then we got a few runs. When we went into the last over we required around 11. To be honest, I wasn’t thinking much. We’re nine-down, we might get out or whatever, just try and hit. Then, when I hit another six in the last over and we needed runs. That’s when I started feeling the pressure. Luckily we finished it.”

Hong Kong attained ODI status in 2014 and had it till 2018 before they finished rock bottom in the 2018 World Cup Qualifiers. The team is currently trying to fight itself back from this predicament and faced yet another setback after finishing second behind Uganda in the ICC CWC Challenge Cup. But with two more rounds of qualification left, they still hold a chance to make it to the 2023 World Cup.

Hong Kong missed a golden chance to regain their ODI status in the 2019 ICC World Cricket League 2, once again finishing at the bottom. They got off to a perfect start by beating Canada, but lost the rest of their matches. While other teams like Papua New Guinea, Namibia, Oman and the United States got ODI status, Hong Kong once again missed out. 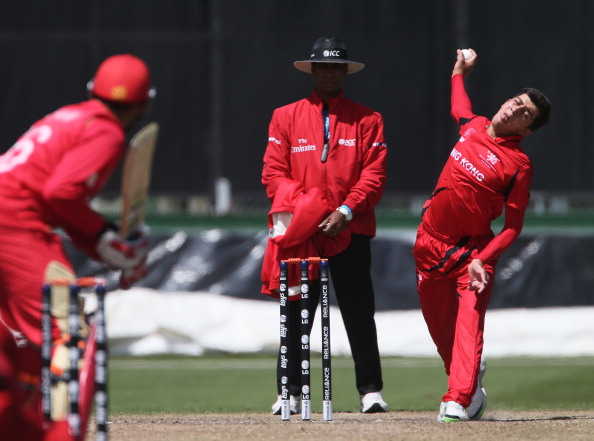 Aizaz however remains hopeful of turning things around. “We lost our ODI status, but we’ve been working hard. We’ve got quite a few young players. Our next goal for the next three years, we played the (CWC) Challenge League last year, and there’s one coming up in August, which might get postponed. We’ve got two more tournaments and we’ll try and get to the qualifiers again. Our target is to get the ODI status back in three years’ time. We’ve been working hard for that,” the bowling allrounder, who has modelled his action on Shaun Pollock said.

To further add to Hong Kong’s woes, they failed to qualify for the 16-man T20 World Cup in Australia after finishing eighth out of 14 teams in the 2019 Qualifier, but is hopeful of grabbing on to the next opportunity that comes his way. “It was a tough tour for us. It is disappointing we didn’t qualify. We came really close, we were one game away. It was disappointing but we just learn from that. We had a young team, around 6-7 debutants. But I think the team did well. We’ll just learn from that. We’ve been working hard recently. Hopefully, the next opportunity we get, we’ll try and grab that,” Aizaz lamented.

While the T20 World Cup gives an opportunity for 16 teams to stake a claim to the trophy, it is however not the case in the 50-over World Cup, which has been restricted to just 10 teams and the 2023 World Cup scheduled in India will be no different. Like many other associate players, Aizaz too is not a big fan of this move by the ICC. “There have been a lot of associate teams talking about it before. There should be more teams in the 50-over World Cup, just as they do in the T20 World Cup as well. It’s a tournament that they can think about and in the future have 14 or 16 teams. That’s where you get to play against the top teams. We’ve seen some surprising results as well, so you never know. That’s how you grow the game,” Aizaz said.

Like many other Hong Kong cricketers, Aizaz too has also played alongside some big names like Tillakaratne Dilshan, Chris Jordan and Ravi Bopara in the Hong Kong T20 Blitz and is hopeful that the tournament, along with the Hong Kong Sixes returns at the earliest.  Talking about the Blitz, Aizaz says, “It was a great experience. I played two years in that and I loved it. We don’t get much opportunity to play against the top players and even share changing rooms with them. You get to learn a lot from them – on the field, outside the field. The way carry themselves…you get to learn a lot from them. They’re calm, they share their experience with you. I hope it comes back again. It was a really good tournament.” 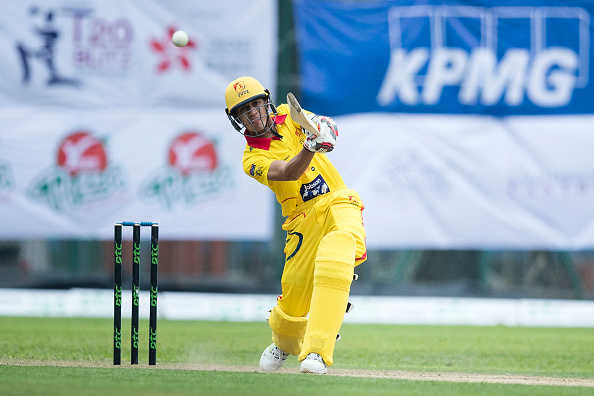 Could we see Hong Kong following in the footsteps of Ireland and Afghanistan in attaining a full-member status in the near future? While Hong Kong has some way to go in that regard, Aizaz feels that it is first important to develop the game in the local community. “I think we need to develop the game in Hong Kong among the Chinese community. We need to grow the game here. They are a couple of Chinese teams now, the game is growing, but I think it’ll take a lot of time for that,” says Aizaz, who has 62 international wickets under his belt.

Hong Kong gave India a mighty scare in the 2018 Asia Cup in Dubai, when Anshuman and Nizakat Khan gave them a terrific platform, putting on 174 for the first wicket in pursuit of 286. However, when Rath fell for 92, Hong Kong collapsed and India eventually showed their experience and collected the two points. Reflecting on that match, Aizaz says who finished with figures of 1 for 41, says, “It was a great experience for us playing against India. We don’t get that opportunity a lot. The way Anshuman and Nizakat played that day was fantastic. When we had a good start – we were around 170 for none – from the beginning they were playing well.”

He further adds, “When we got to 150, we thought we have a chance. As soon as they got out, we lost a few quick wickets and we couldn’t really finish the game, which was disappointing, but I think it was a great team effort. We had the belief, but we just couldn’t (finish it). I think it was the lack of experience, you can say, but it was a great learning experience for us.”

The 2021 T20 World Cup Qualifier, which was tweaked a bit recently, gives Hong Kong the best chance of qualifying for the main event. The 16-team event will be split into two groups consisting of eight teams each. If Hong Kong finish in the top two in their group, they can once again be a part of the tournament, just like they were in 2014 – where they beat Bangladesh – and in 2016. Qualification for the tournament will certainly give Hong Kong a huge boost and hope that they are indeed heading in the right direction. 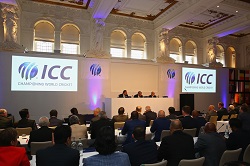 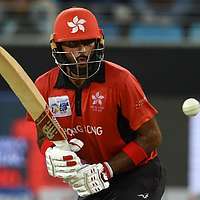 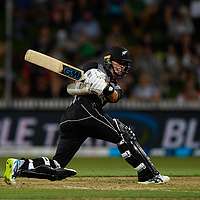 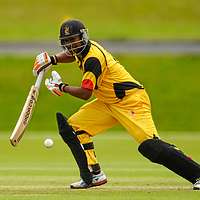 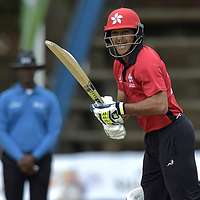 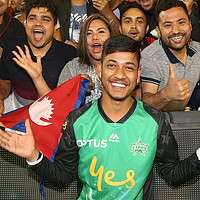