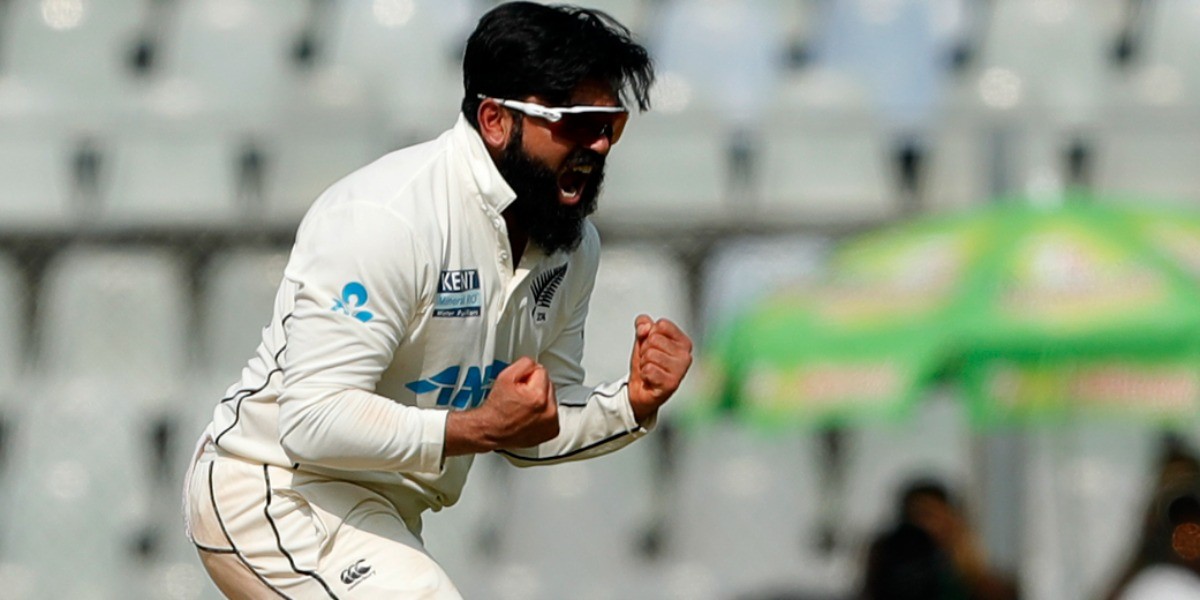 Throughout the first innings of the second Test, Ajaz Patel was the only New Zealand bowler who looked like taking a wicket and that is the reason why he bagged all the 10 wickets. Starting the second day with four wickets in his basket, he picked up Wriddhiman Saha and Ravichandran Ashwin in back-to-back deliveries. Including the wicket of the centurion Mayank Agarwal, Ajaz went on to pick up all the 10 Indian wickets. Here are a few notable stats from his record feat:

Taking a hat-trick or picking up all the 10 wickets in an innings is every young bowler's dream, but accomplishing it is a mammoth task. This is the reason why only three bowlers have achieved the feat in 47154 innings and 3066 players. On day two, Ajaz became one among the three alongside Jim Laker in 1956 against Australia in Manchester and Anil Kumble in 1999 against Pakistan in Delhi to bag 10-wickets in an innings. 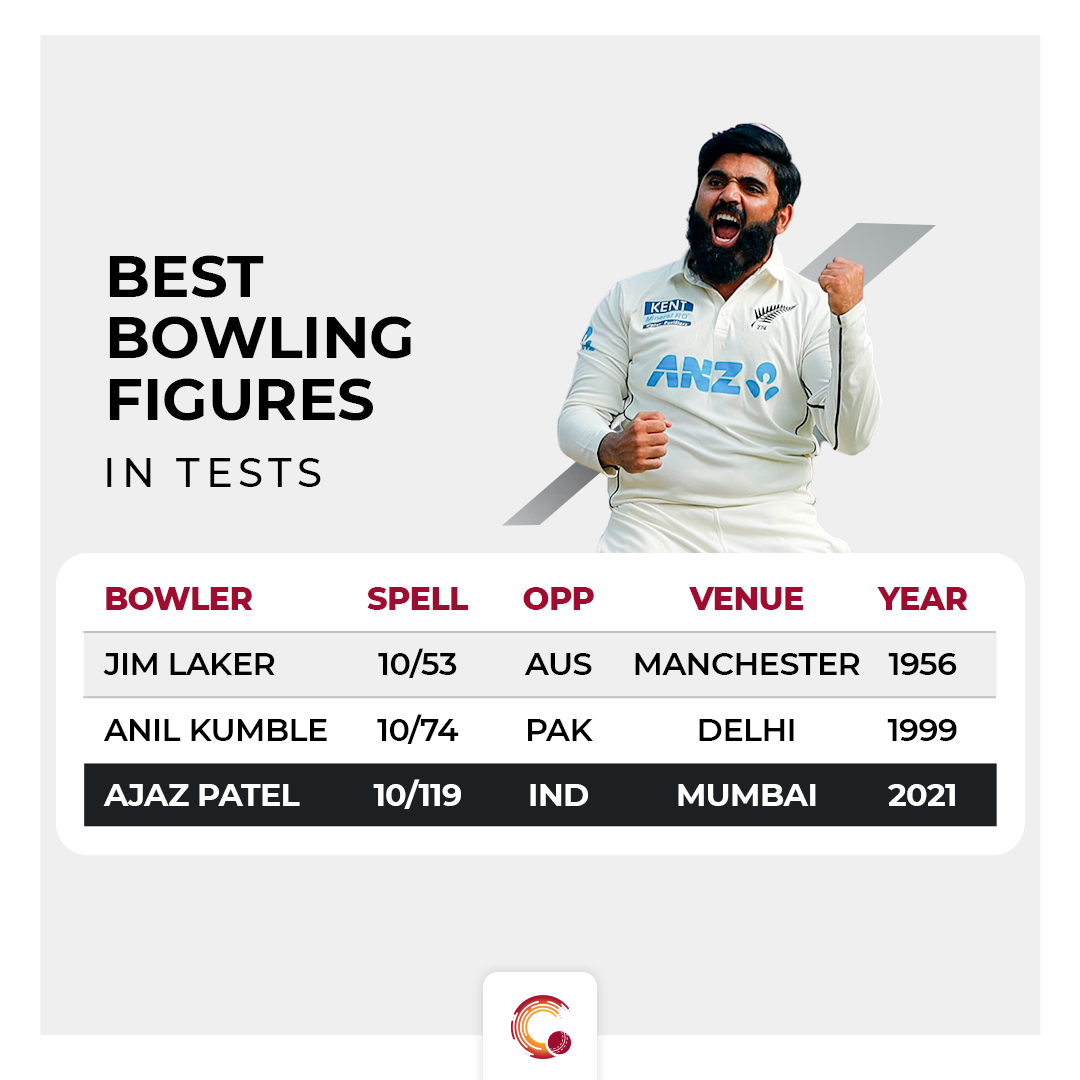 The 10-wicket haul by Ajaz in this innings is different to Laker and Kumble. Both Laker (3rd innings) and Kumble (4th innings) achieved the rare feat in the second innings, whereas, Ajaz achieved the feat in the first innings of the Test. Hence, he became the first bowler in the history of Tests to bag the first 10 wickets of the match. The previous best bowling return in the first innings was held by Muttiah Muralitharan (9/51) in 2002 against Zimbabwe in Kandy.

The first left-arm bowler to a 10-wicket haul

There are very few left-arm bowlers who have bagged a nine-wickets in an innings. In fact, only two prior to Ajaz in this Test. Rangana Herath (9/127) against Pakistan in Colombo in 2014 and Keshav Maharaj (9/129) at the same venue in 2018 against Sri Lanka. Today, Ajaz went past both these bowlers with a 10-wicket-haul. Not only in Test cricket, even in first-class cricket, the last time a left-arm bowler picked up 10 wickets in an innings was way back in 1921. Charlie Parker, playing for Gloucestershire, picked up 10/79 against Somerset in Bristol.

The first away bowler to 10-wicket haul

Very rarely does a visiting country bowler dominate against a host country team, which makes this achievement even more a bigger one. In Tests, there were six visiting bowlers who had picked up a nine wicket-haul, out of which Maharaj was the only visiting bowler in this century to pick up nine wickets in an innings. Ajaz with his 10-wicket haul became the first bowler to this record.

The Dravid and Srinath connection