Alex Carey’s suitability to No.7 position among minor concerns for Australia 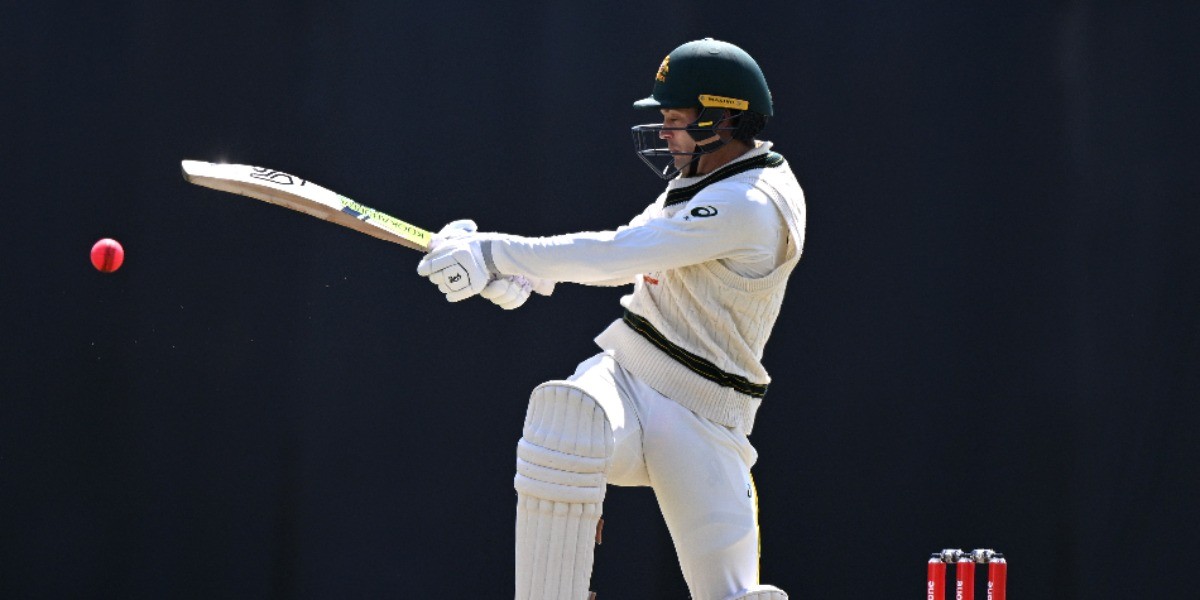 Alex Carey’s suitability to No.7 position among minor concerns for Australia

Batting down the order, the South Australian has looked like a confused soul

Is Alex Carey having trouble adjusting to batting at No.7?

It would be unfair to read too much into Alex Carey’s average of 16.75 after 8 innings, for he has been Australia’s sacrificial lamb in the series. In both Sydney and Adelaide his job with the bat was to do the ‘declaration slog’, while in the second innings in Brisbane, he was asked to open the batting to cover-up for the injured David Warner. Those three innings have significantly contributed to his extremely underwhelming batting average of 16.75.

But that being said, the South Australian, all but once whilst batting in the first innings, has looked like a confused soul. He has looked like a batter unsure as to how to go about constructing the innings; unsure about what approach he should embrace.

This seems to stem from his lack of proficiency batting with the lower-order - something that we witnessed today in Hobart. Carey, who began the day on 10*, could only add 14 runs to his overnight score, and all through the day he looked lost, with no clear plan or end-goal.

The wicket-keeper batter played a similar knock in Melbourne where he departed prematurely, unable to compose an innings batting with the tail-enders. Incidentally, the best knock he’s played all series - the fifty in Adelaide - came where he batted alongside Steve Smith, stringing together a 91-run stand with the stand-in skipper.

It makes one wonder if Carey is finding it hard adjusting to batting at No.7 - a role he is pretty unfamiliar with in the longest format.

Carey, since 2019, has averaged 45.78 in first-class cricket, but in this period he’s batted predominantly at No.5 and No.6 for South Australia, only batting twice below #6. 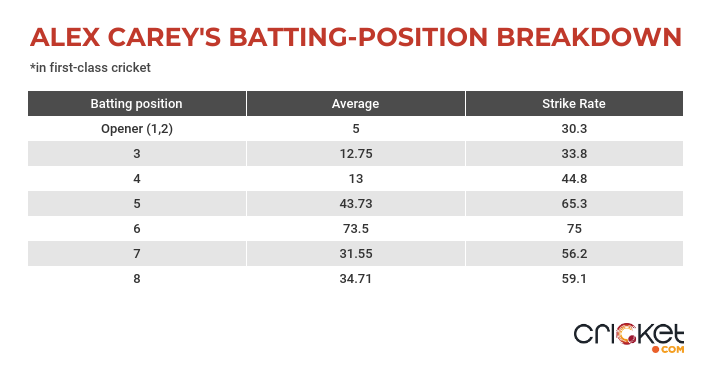 A breakdown of Carey’s record at different batting positions shows how much more comfortable he is at 5 and 6, compared to 7, where batters are generally required to be inherently counter-attacking, skilled at batting with tail or both. Carey, it feels, currently does not fall under any of the two categories, instead comfortable batting the conventional way up the order.

While it is certain that the South Australian will get a pretty long rope in the side, it will be interesting to see how he deals with this particular challenge in the months to come. Keeping wickets in the sub-continent will be a challenge in itself, but Carey might also need to upskill with the bat in order to make the wicket-keeper’s spot his own.

The downward spiral that does not augur well for Dawid Malan

With two 80+ scores in the first three innings, it seemed that England, in the form of Dawid Malan, had found an experienced batter tailor-made for Australian conditions whom they could bank on for the entirety of the series. Post Adelaide, there existed the optimism that the Three Lions could compete should the openers be competent enough to be able to rally around Root and Malan.

What has unfolded since Boxing Day, however, has been disastrous. Malan’s form has fallen off a cliff, and the experienced southpaw has looked more and more ordinary with every passing innings.

After accumulating 188 runs across his first 4 innings in the series, Malan has now accumulated 46 across the next five. 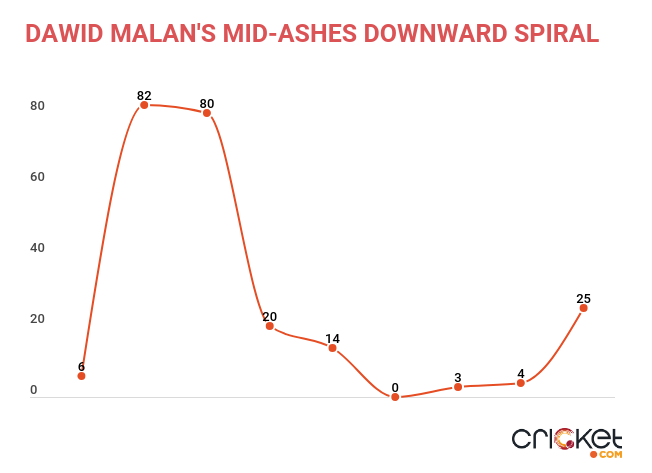 Today in Hobart, the 34-year-old looked unrecognizable from the solid and composed figure that the world was witness to in Brisbane and Adelaide. Malan faced 64 balls for his 25, but his innings was packed with false strokes, close shaves and loose moments. He, in fact, nicked a ball off Cameron Green on 13, but got away as Australia decided to not review the call.

Whilst there was the occasional audacious drive that he crunched, Malan, for the most part, looked out of his depth, uncomfortable against all bowlers, off both the front and back-foot. There was also a glaring lack of clarity about his approach.

This mid-series downward spiral makes one wonder about Malan’s future in this English Test side, particularly with there being talks about ECB doing a ‘red-ball reset’. Set to turn 35 in a few months’ time, Malan was always going to be a stop-gap option. Months ago, the management swayed towards his selection with one eye on the Ashes, thanks to him having been one of the very few individuals who found success in the 2017/18 Ashes.

But with Malan now having largely flopped Down Under, it might just make logical sense to move on and instead invest in a younger player.

A long shot, but the second innings in Hobart could very well turn out to be Malan’s last ever in Test cricket.

An average of 31 after 7 innings is poor by any specialist batsman’s standards, unfathomable in the case of Steve Smith. Smith has been on and off in Test cricket post his scarcely-believable showing in Ashes 2019, but it’s been over 8 years since he’s last had such an extended lean phase. Barring the 93 in Adelaide, and to an extent the 67 in the first innings in Sydney, he’s been ordinary.

Which is why awaiting him, at least on a personal level, is a crucial day.

Across all five Tests in this series Smith has had opportunities to lay down the marker, but he’s so far been uncharacteristically loose, getting dismissed cheaply in ways we generally do not associate him with.

It is one thing not scoring heavily when there is already a platform, but so far in this Ashes, Smith has not excelled in crisis situations too. In the first innings of this ongoing Test, for instance, he perished for a duck when the stage was set for him to steady the ship and play a trademark Smith knock.

Having now seen off the hell that was the final session, the vice-captain has one final chance on Day 3 to play a knock of real significance and not just do justice to his reputation, but get some confidence under his belt. It goes without saying that he will be itching to get one over on the English bowlers after uncharacteristically letting them dominate proceedings throughout the series.

Certainly, Australia sealing a 4-0 series win on the back of a Smith ton will be poetic. 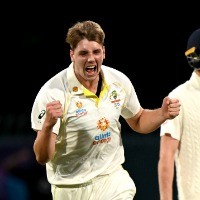 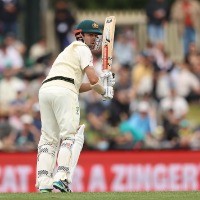 OPINION
The rise and rise of Travis Head
A player who a month ago was on the fringes, Travis Head is now a vital cog in Australia’s middle-order 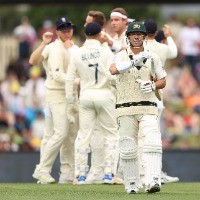 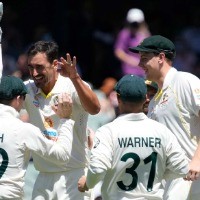 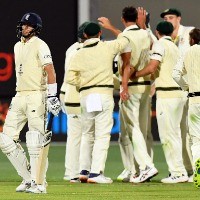 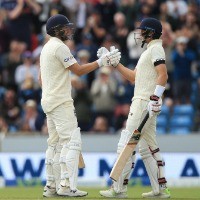 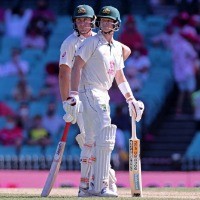 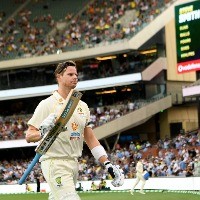 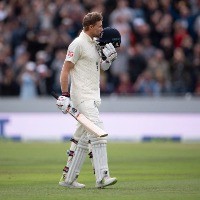 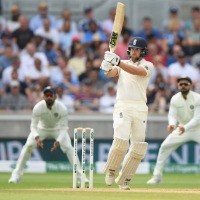