Hales will now not be a part of England’s squad for the one-off ODI against Ireland, the one-off T20 and the five-match ODI series against Pakistan and the preliminary 15-man England ICC World Cup squad.

In a major blow to his international career, Alex Hales has been withdrawn from all England squads ahead of the big World Cup coming up. The decision was taken by ECB Managing Director of England Men’s Cricket and the England National Cricket Selectors keeping in mind the best interests of the England cricket team. Hales was serving a 21-day suspension for an ‘off-field’ incident reported to involve recreational drug use.  Last year, Hales was suspended and fined by the ECB following his involvement with Ben Stokes in an incident outside a Bristol nightclub during September 2017.

The drugs violation is believed to have been detected after Hales underwent a hair follicle test, which all professional cricketers have at the start and finish of every season.

For a first drugs offence, which is treated as a health and welfare issue, players are offered advice and support with only the county director of cricket being notified.

Last week Hales was be involved with England’s training camp in Cardiff, with the team’s first one-day match of the summer coming against Ireland in Dublin this Friday.  But Ashley Giles ECB Managing Director of England Men’s Cricket, confirmed that Hales has been withdrawn from all England squads: “We have thought long and hard about this decision. We have worked hard to create the right environment around the England team and need to consider what is in the best interests of the team, to ensure they are free from any distractions and able to focus on being successful on the pitch.

“I want to make it clear this is not the end of Alex’s career as an England player. The ECB and the PCA will continue to aid Alex and work alongside his county club Nottinghamshire to give him the support he needs, to help him fulfil his potential as a professional cricketer.”

Hales will now not be a part of England’s squad for the one-off ODI against Ireland, the one-off T20 and the five-match ODI series against Pakistan and the preliminary 15-man England ICC World Cup squad. A replacement for Hales will be named shortly by the England Cricket Board (ECB).

The current front-runner to replace Hales would be Hampshire’s James Vince who is in the form of his life in the ongoing Royal London One-Day Cup tournament. Vince’s last five scores in the competition read: 56, 95, 14, 190 and 47. His career-best 190 came against Gloucestershire off 154 balls and even though he has played just 6 ODIs till date, his current form means the selectors will have a hard time keeping him out. Sam Billings the other man in contention is out for 5 to 6 months after dislocating his shoulder while fielding in the same competition. 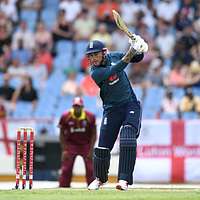