Life came to a full circle for Virat Kohli as a Test captain at home as India beat South Africa by an innings and 137 runs in the second Test to inflict the heaviest defeat to the Proteas against India.

A day of comprehensive professionalism by India with the ball and in the field, South Africa crumbled under pressure and bundled out an hour after tea. With 11 consecutive series victories at home, India now holds the record of most consecutive Test series wins at home - a record previously owned by Australia who won 10 consecutive series twice. 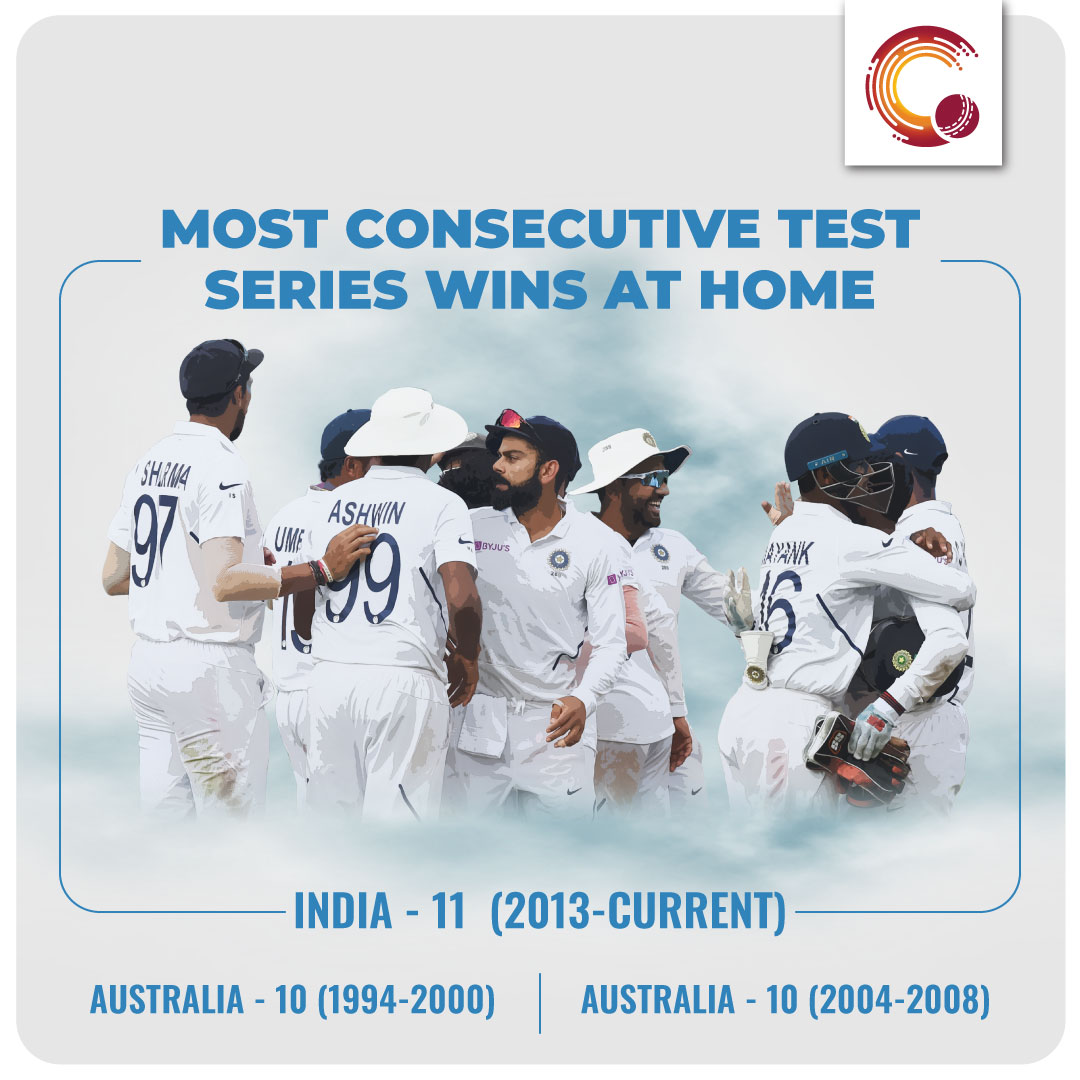 Asked to follow-on just 15 minutes before the start of play, South Africa got off to another nightmare of a start. After having every ounce of confidence sucked out of him in this series, Aiden Markram bagged a pair in the Test, as he could not convince himself or Dean Elgar for a review. Given out LBW to an in-swinger from Ishant Sharma, replay suggested that the ball would have easily missed the stumps.

A phase of near misses for India then followed when first Elgar, impatient to get going, called Theunis de Bruyn for a quick run that would have had South Africa two down for no score had there been a direct hit at de Bruyn’s end. Then, the ball kept the slip cordon interested for as many as five occasions in the next four overs. Three of them went through the gap between the slips, one fell short of the third slip and Kohli put one down at third slip.

Bowling many balls at a line that would have been perfect for a left-hander, Umesh Yadav strangled two right-handed batsmen down the leg. First of them, de Bruyn was taken so spectacularly by Wriddhiman Saha that the team embraced him more than the bowler. The second of them came later in the day when a passage of four out of seven balls down the leg, earned Yadav his second wicket as another stubborn partnership between Vernon Philander and Keshav Maharaj was finally broken.

Learning from the consequences of the last three innings, Faf du Plessis came into bat at four. However, contrary to his approach in other innings, du Plessis entered into a mode of his famous blockathons after reaching five off 20 balls. Adding no run in the next 33 balls, he offered a forward defence to a tossed up delivery from a wider angle by Ashwin. An inside edge was then held by a juggling Saha.

Elgar, batting with intent, looked the most positive of all South African batsmen. Not missing on boundary opportunities, Elgar was severe to anything at his legs or pitched up. The release shot that proved to be the backbone of his innings at Visakhapatnam brought his downfall at Pune. During the penultimate over of the morning session, Elgar mistimed an attempt to clear mid-off and was holed out to have South Africa four down in the morning session.

The ugliest South African dismissal occurred in the second over post-tea when Quinton de Kock, in an attempt to target the empty deep mid-wicket region, tried to slog a delivery from Jadeja. De Kock had his stumps rattled after missing the ball by more than double the distance of his bat’s width.

After admitting to being underperforming in this series, Temba Bavuma along with South Africa’s most compact batsman against spin in this series, Senuran Muthusamy tried to stitch up a partnership. Playing well to spin, they added 47 runs in 15 overs.

A ball after one of the worst reviews in the history of the game, Jadeja induced an outside edge from Bavuma that was expertly held by India’s best slip catcher, Ajinkya Rahane, diving to his left. The improvement in India’s slip catching was once more at display in the next over as Rohit Sharma, standing at second slip, coolly held an outside edge from Muthusamy off Shami to a ball that jumped on him. Rohit bettered himself later, as he took one dying towards him to see the back of Kagiso Rabada.

The duo that frustrated India in the first innings, Philander and Maharaj got together once again. The change of tactics from India in this innings highlighted their improved adaptability in Test cricket. First Shami, bowling hand grenades, tested Maharaj with bouncers, slipping in an odd reverse swinging full ball. Later, both Ashwin and Jadeja bowled fuller lengths than the first innings to induce more drives. The batting pair offered one chance each off Jadeja as Maharaj first edged one to offer a tough chance to Cheteshwar Pujara at second slip, who could only get one hand to it and Philander later as he tried to clear cover only to lob one up that fell agonizingly close to the point fielder.

The second consecutive 100+ ball partnership between the duo was ended by the aforementioned dismissal of Philander. Yadav then had two in the over as Rabada was nicked off to Rohit. Jadeja had his revenge two balls later trapping Maharaj to wrap up the South African innings.

Virat Kohli, the man of the match, highlighted about the responsibility he feels towards the team after being a captain that has resulted in him scoring seven double hundreds in last 39 Tests. Du Plessis, on the other hand, rued the performance in the first innings and complimented Kohli for his hunger while suggesting that his batters can learn from it.

With 200 WTC points in four games, India is at the top of the table. With an attitude that has no room for complacency, Kohli and co would look to make it 3-0 at Ranchi while South Africa will search for some inspiration to compete.