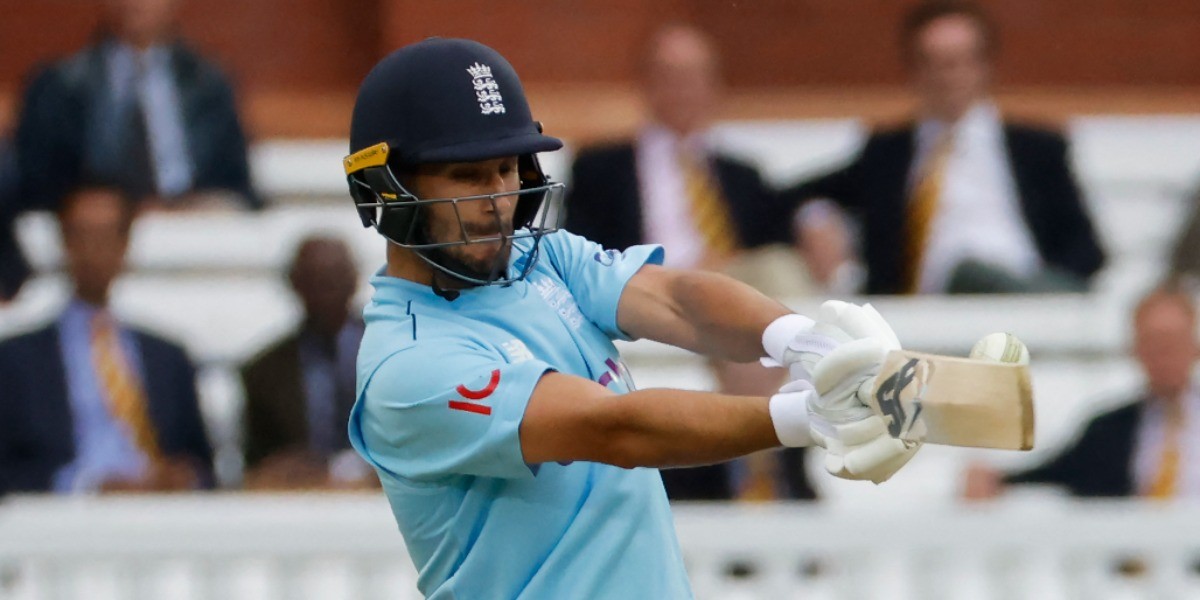 After losing their first match by nine wickets, Pakistan were handed a 52-run thrashing in the second game at Lord's on Saturday (July 10)

Lewis Gregory starred with both bat and ball as England beat Pakistan by 52 runs in the second One-Day International (ODI) at Lord's on Saturday (July 10) to take an unassailable 2-0 lead in a three-match series. Set 248 to win in a game reduced to 47 overs per side by rain, Pakistan were dismissed for 195. Somerset pace-bowling all-rounder Gregory, in just his second match at this level, struck with his first ball on Saturday on the way to 3-44 as England won with six overs to spare.

That followed his valuable 40 and an eighth-wicket stand of 69 with Brydon Carse (31), in maiden ODI innings for both batsmen, after England had slumped to 160-7. "It was a case of trying to bat as deep as possible, build a partnership with Carsey," player of the match Gregory told Sky Sports.

"The ball has nibbled a little all day, with the new ball we thought if we can pitch it up then we can take some wickets."

Gregory, reflecting on his shock call-up after a Covid crisis ruled out England's entire originally selected squad, said: "It's a fantastic opportunity for the lads, a few guys are showing what they're capable of and (playing) in front of a big crowd here at the 'Home of Cricket' is pretty special."

This was the first ODI at Lord's since England's dramatic 2019 World Cup final win over New Zealand. Such was the party atmosphere among the nearly 23,000 spectators, the most at a cricket match in the UK since the coronavirus pandemic, there were even chants of 'Football's coming home' from the usually restrained Lord's crowd ahead of England facing Italy in Sunday's European Championship soccer final at the nearby Wembley Stadium.

England were set for a big total while Phil Salt (60) and James Vince (56) were sharing a third-wicket partnership of 97 after Dawid Malan and Zak Crawley had both fallen for ducks. From 118-2, however, England slumped to 160-7. But even though Pakistan fast bowler Hasan Ali took 5-51, England had more than enough runs.

Their admirable recovery was the kind of test stand-in England captain Ben Stokes said his makeshift team had avoided when thrashing Pakistan by nine wickets during Thursday's series opener in Cardiff. "I thought the performance was fantastic," said Stokes following his 100th ODI.

"We were clinical with the ball yet again. It just proves that early wickets can push a team back."

The overcast conditions, with the floodlights on piercing the gloom, would have made batting difficult for many sides. And they proved challenging for a Pakistan team skittled out for just 141 in Cardiff. Gregory struck in the second over when Imam-ul-Haq was caught behind. Saqib Mahmood then had Pakistan captain Babar Azam, the world's top-ranked ODI batsman, lbw for 19.

And when Craig Overton struck twice, bowling opener Fakhar Zaman for a subdued 10 off 45 balls before Sohaib Maqsood holed out to leave Pakistan 86-5. Ali hit three successive balls from leg-spinner Matt Parkinson for six. But when he fell for an entertaining 31, Pakistan were all but beaten at 152-8. Nevertheless, middle-order batsman Saud Shakeel marked his second ODI with an admirable maiden fifty off 70 balls.

Gregory, appropriately, finished things off when Haris Rauf was caught behind. Earlier, Shaheen Shah Afridi and Ali reduced England to 21-2 after Azam won the toss. Malan and Crawley, who had each made unbeaten fifties on Thursday, didn't manage a run between them. Malan edged Ali to second slip while Crawley was bowled for a golden duck by left-armer Afridi's superb inswinger.

Salt, driving strongly, completed a 41-ball fifty, including 10 fours, with Vince reaching the landmark in 36 balls before spin proved their undoing. Salt was bowled behind his legs sweeping at left-armer Shakeel before Vince, trying to dab to third man, was deceived by leg-spinner Shadab Khan's googly.

Player of the match: Lewis Gregory