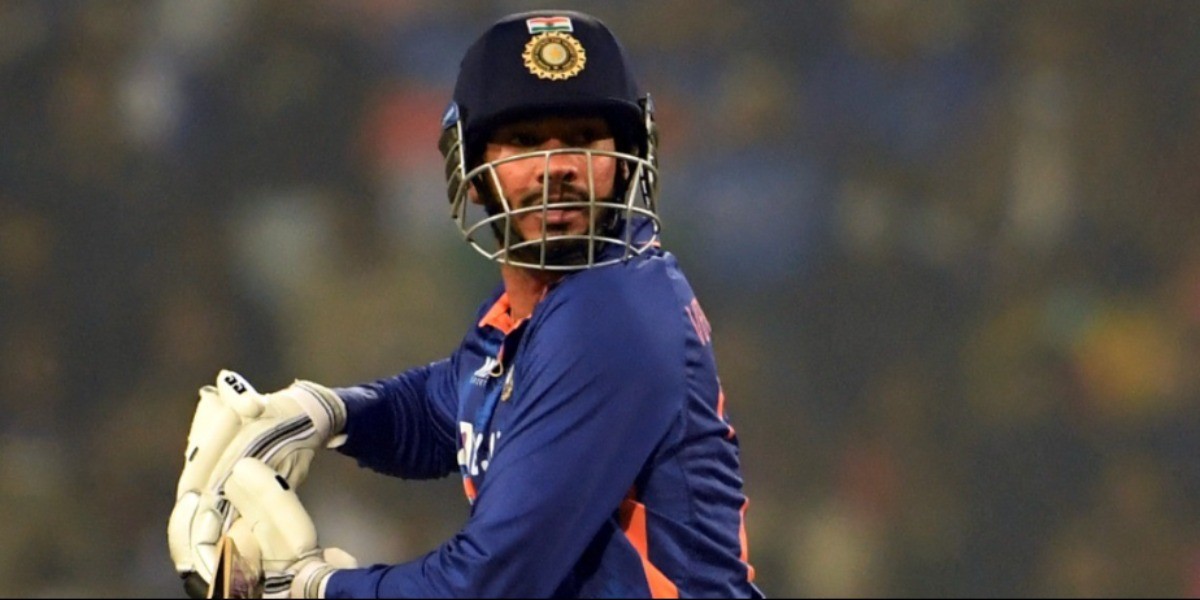 According to reports, the all-rounder is set to be a part of India's side for ODI side for the away series against South Africa next month.

The southpaw, who is seen as a prospect to fill in the all-rounder's slot left vacant by Hardik Pandya across white-ball formats, blazed his way to a 113-ball 151.

The 26-year old's scintillating knock was studded with eight boundaries and ten sixes to power Madhya Pradesh to a challenging 331/9 in the first innings.

After electing to bat first at the Saurashtra Cricket Association Stadium, Madhya Pradesh were tottering at 56 for the loss of four wickets inside 14 overs.

Coming at No 6, Venkatesh soaked the pressure in company with skipper Aditya Shrivastava (70 off 80 balls; 4x4, 1x6) and stitched 122 runs for the fifth wicket to repair the early damage.

Displaying an array of strokes all around the ground, Venkatesh reached his half-century in 45 balls and then stepped it up further to get to his third List A century, his second in three matches, in just 88 balls. He took 22 balls to cruise to 150 to guide Madhya Pradesh past the 300-mark.

Venkatesh now has 348 runs from four innings at a strike-rate of 138.64 to be second behind Maharashtra 'run machine' Ruturaj Gaikwad in the most runs list of this season's Vijay Hazare Trophy.

In reply, Chandigarh responded in style with centuries from skipper Manan Vohra (105) and Ankit Kaushik (111) and needed 32 runs from the last 12 balls.

Bowling the penultimate over, Venkatesh gave another breakthrough dismissing Gurinder Singh en route to his 2/64 from 10 overs that included a maiden as Chandigarh could only manage 326/8.

The win helped Madhya Pradesh (+0.590) remain at second place behind Kerala (+0.778) who nosed ahead in the group D table with a five-wicket win over Chhattisgarh.

Maharashtra (+0.074) slipped to third place despite their four-wicket win over Uttarakhand as it's a three-way race for the knockouts from the group of death, with one match left in the league.

In the other encounter, Ruturaj, who has three centuries on the trot, saw the law of averages catching up as he contributed only 21 in their chase of 252 against Uttarakhand at the Madhavrao Scindia Cricket Ground here.

Despite his wicket, Ankit Bawne pulled off the win with a sublime unbeaten 113, steering them home off the penultimate delivery.