Always wanted to have responsibility as it makes you better: Hardik Pandya on captaincy 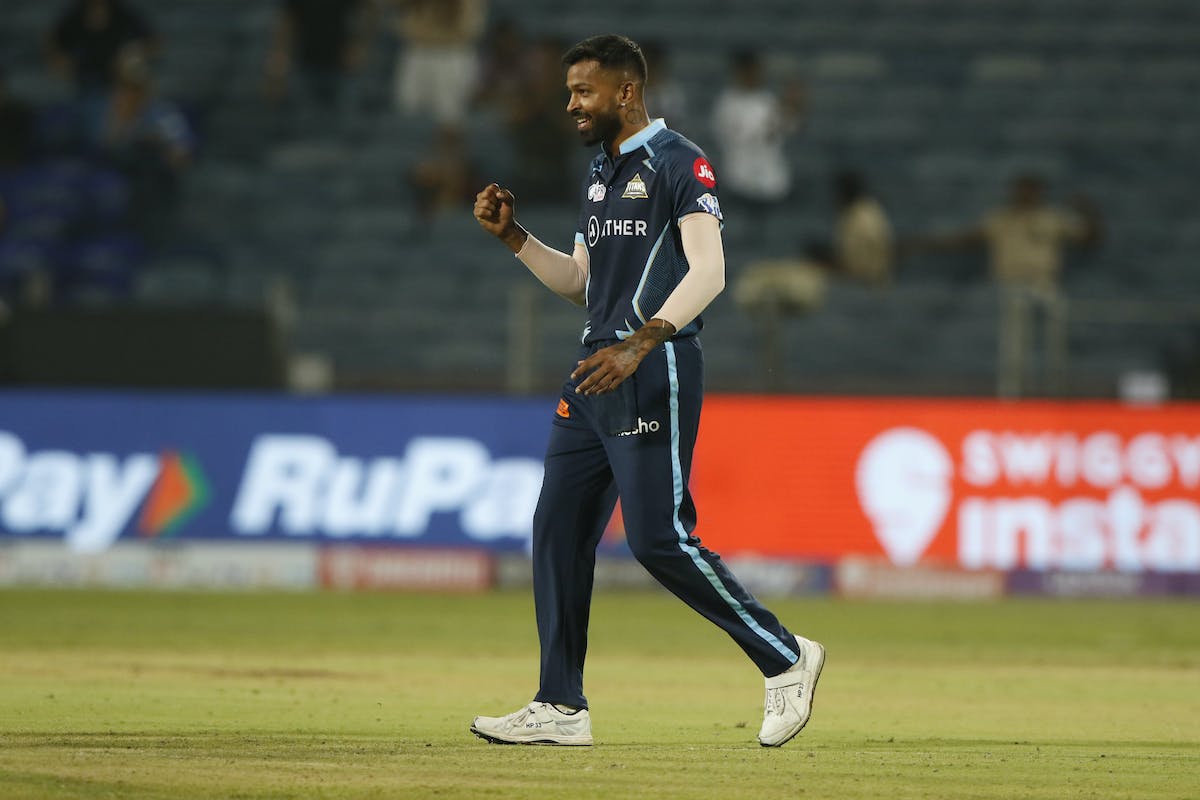 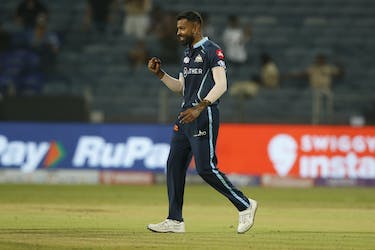 Always wanted to have responsibility as it makes you better: Hardik Pandya on captaincy

The new entrants Gujarat Titans have a 100 percent record in the league, having won all their three matches played so far

Indian all-rounder Hardik Pandya is reveling in his new role as the leader of Gujarat Titans, saying extra responsibility and challenges have made him a better cricketer. Pandya notched his third win as skipper in the IPL on Friday when Gujarat Titans beat Punjab Kings by six wickets.

The new entrants have a 100 percent record in the league, having won all their three matches played so far. They sit second on the points table. Pandya has been contributing with the bat, besides bowling a full quota of four overs while also captaining the side.

"I am enjoying captaincy, always wanted to have responsibility as a cricketer and that is the reason I have become a better cricketer because facing challenges makes you better," he said at the post-match press conference.

"I have been on both sides before - I have won and lost - so (I'm) cool and composed because I try to stay neutral.

"That's our team motto as well, win or lose we are neutral, we celebrate our losses also, they are very important as it gives the wins more value," he added.

Young Shubman Gill scored a magnificent 96 off 59 balls before all-rounder Rahul Tewatia hit a couple of sixes off the last two deliveries to seal a memorable win for the Titans. Gill has been in splendid form as before the 96 against Punjab Kings, he had smashed an 84 against Delhi Capitals.

"Shubman is taking a lot of responsibility, he expresses himself in the meetings and that is showing in his batting also. He knows how important he is for the franchise and the way he has batted in the last two matches and didn't have to say too much to him, just to enjoy."

Rashid is my trump card

Rashid Khan is his trump card, said skipper Pandya, who feels the star spinner has the ability to pull the team out of any situation in a match. Gujarat Titans had picked up Rashid in the draft. Such is the spinner's effect on the matches, that the opposition batters often try to play out his four overs without taking any risks.

"Rashid Khan is my trump card and I'll use him in the worse situation to bring me out of that.

"A lot of time I have seen that in the IPL, batters are trying to play him out which I don't want. I want people to attack him and that's where he has been very useful to us," Pandya added.

The skipper lavished rich praise on the Afghan spinner. "It's a blessing to have someone like Rashid in the team. You know that at any given point he can put you back in the game.

"That's the role that has been given to him, he's the vice-captain because of the importance he has. He is an aggressive spinner who is always looking to take wickets."