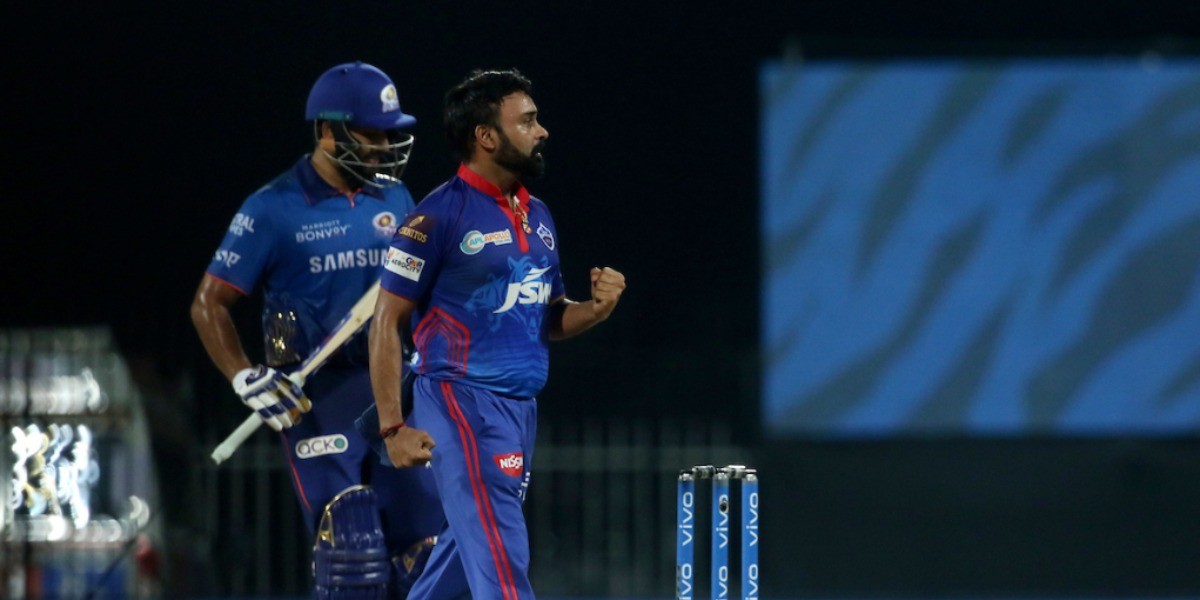 When the IPL’s second-highest wicket-taker has a low-key bash in the middle.

Where did Mishra go? Where did he come from? Who is he? What was he? Does anybody know? Does anybody care to know? For many, he is that ridiculous runout meme.

For some, he is that elder statesman in the team who accompanies balls to the boundary. That he and Ashwin play for the Delhi Capitals and often find themselves on the field together is a coincidence.

Last IPL season both were injured and indisposed quite early. Mishra played only 3 games. Ashwin returned and played 15. While Mishra has been around in the IPL since its inception, Ashwin checked in the following year.

On the back of Amit Mishra’s 5-for on Test debut in 2008, something compelled me to rush to Mohali for the last day’s play. Sitting in the stands, as Mishra snared Michael Clarke, the last wicket to fall, I had a strange premonition: Mishra will not have a long Test career. 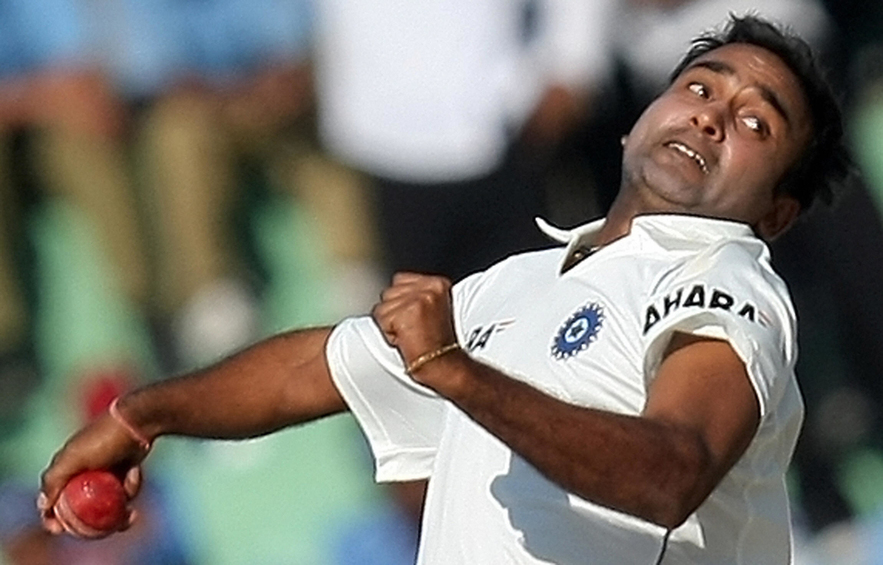 Most of Mishra’s seven wickets were either bowled or LBW, there was so much guile, a ripping googly, all that you want to see in a leg-spinner, it was there. Yet Mishra seemed by stature and built, almost too modest to hold his own in Indian cricket – the XI was made of maestros, Zaheer Khan was at the peak of his powers; Gambhir-Sehwag opening, Tendulkar, Laxman, Ganguly still in the middle; there was Harbhajan and Kumble. MS Dhoni was skipper, man of the match too.

Amit Mishra played 22 Tests across 8 years. He never took a 5-for again.

In the early days, Amit Mishra was a thing. He knew it too. Interviewed way back in an Ed Hardy t-shirt, he talked up his batting, how he had so much to achieve. In the current IPL edition, Mishra spoke about how he was working on his batting again. In between somewhere, Mishra scored a double century for Haryana. There were some Test 50s too but his batting continued to be an aberration in the IPL.

Whether Mishra accepted it or not, he was in the team as a bowler. If it came to his batting, that meant the Delhi Capitals were already sunk.

Both Mishra and Ashwin were picked for the Capitals’ first game. While Ashwin went the distance, 47 off his 4 overs, Mishra bowled only 3, conceding 29 runs. Mishra did not play DC’s next two games, Ashwin did.

In DC’s fourth match, both paired up again. Ashwin had bowled two in the power play, Mishra found himself pitted against Mad Max Suryakumar Yadav. It’s evident, Yadav is a cricketer in a hurry. And in his hurry, he intends to make quick work of most bowlers. Mishra was meant to be most bowlers. A perfectly acceptable delivery on middle pitched up, had Yadav mash potato it, inside-out over covers. Someone needed to put an arm around Mishra. Instead, he bowled the last-resort slider down leg. It was spanked down behind square. It appeared that Mishra was being spanked.

From behind the stumps, Rishabh Pant was encouraging his Mishi bhai. But Mishi Bhai looked as if he needed a hug.

That’s the thing about Mishi bhai. He’s old enough to be everyone’s bhai in the team. His appearance, what with the dyed beard and hair implants, he looks like everyone’s favourite uncle.

So while Rohit Sharma ripped into Mishra for fun, Pant saw trouble and walked up to him. This was clearly not something that could be addressed from behind the stumps. The bowler needed a word.

It helped. Mishra flighted another one. Sharma took the bait. The bait was a leg-break. The shot was mistimed, pocketed at long-on.

Amit Mishra is happy. When he is happy, he bounces. Literally. Up and down. Like a happy, little child. There is a twinkle in his eye. He is drawn to everyone and everyone to him. That huggable, endearing quality of Mishra’s radiates right through. 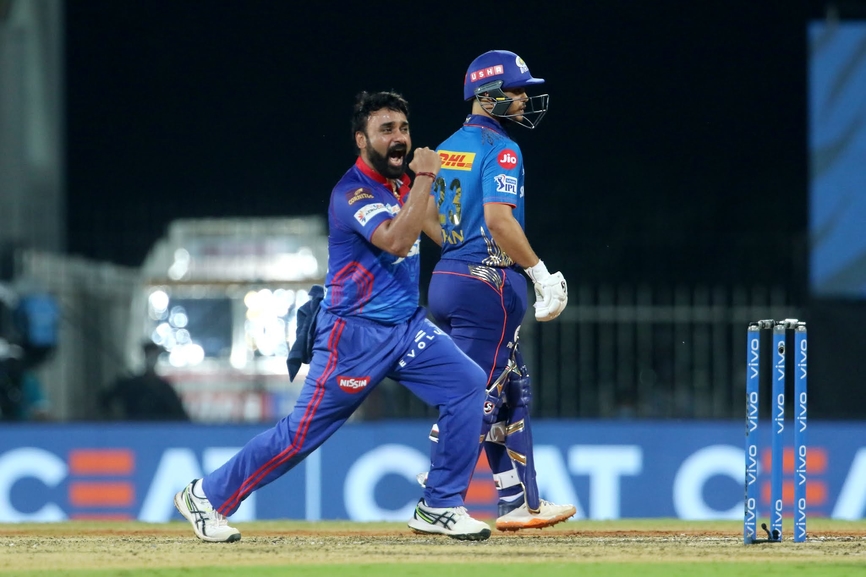 Of course, it will. It is that quintessential story of the journeyman IPL cricketer. That guy who didn’t cut it in Tests or ODIs or T20Is beyond a point, but he’s just right for Amul chocolates or something like that. That is Amit Mishra. The sweet taste of the slow, flighted ball, t-e-a-s-i-n-g you – and as a batsman, you want to get teased – it’s only Amit Mishra, harmless, sweet, little Amit Mishra – what can he do – so you go for it.

And you fall for it. Like so many before you. And so many after you will. Two balls later, Hardik Pandya couldn’t resist Mishra. A couple of overs later, Keiron Pollard was all at sea to a googly. It was mesmerising as if Mishra was bowling in slo-mo; slowing the world down to his terms.

Three in the bag, Pant was audacious enough to hand Mishra the ball in the 18th over. Which is when he had Ishan Kishan yorked for dessert. It took Amit Mishra’s 4-0-24-4 to break MI’s five-match winning spree against Delhi. Ashwin bowled four wicketless overs for 31. Looks like Mishra will play the next game.

Why won’t he? They won in Chennai after what seems like a hundred years. Though it’s only been a decade or so. 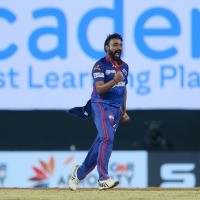 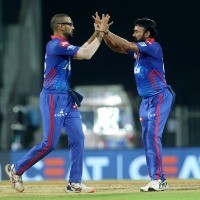 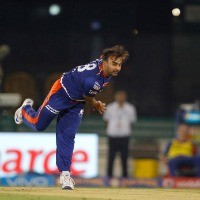 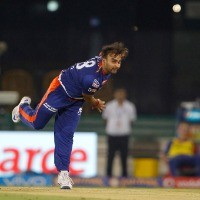 NEWS
Mishra working on improving his batting ahead of IPL 2021
After being in quarantine for one week, the players got an opportunity to test their skills and get into the groove ahead of the lucrative league's 14th edition 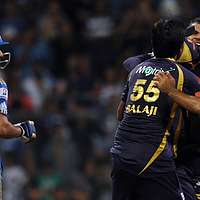