'Angry and upset' going into the Super Over: Gayle 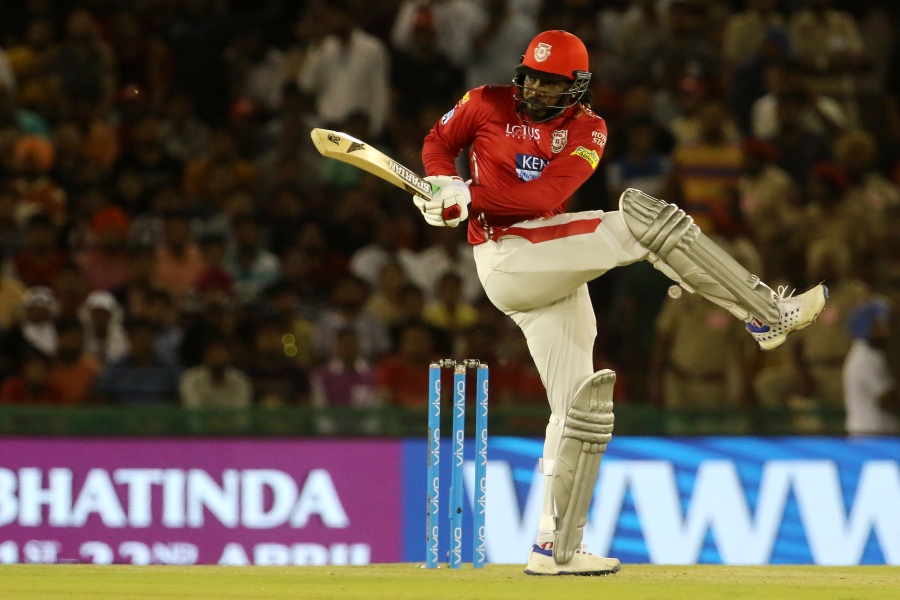 'Angry and upset' going into the Super Over: Gayle

Chasing 12 runs in the second Super Over, the "Universe Boss" cracked a six off the first ball before opener Mayank Agarwal smashed successive fours to give KXIP their second consecutive win

The big-hitting Chris Gayle revealed that he felt "angry and upset" going in to the Super Over after Kings XI Punjab were in a comfortable position to win the IPL match against Mumbai Indians in regulation period. After defeating Royal Challengers Bangalore off the last ball, KXIP once again found themselves taking the run chase too deep against Mumbai, leading the game to two Super Overs on Sunday.

Chasing 12 runs in the second Super Over, the "Universe Boss" cracked a six off the first ball before opener Mayank Agarwal smashed successive fours to give KXIP their second consecutive win. "No, I wasn't nervous. I was a bit more angry and upset that we got ourselves in this position. But it's a game of cricket and these things do happen," Gayle told Agarwal and Mohammad Shami during a post-match show for IPLT20.com.

"Even when we were going out to bat (in the second Super Over) you asked me 'who is going to face the first ball'. I was like 'Mayank you really asked that question? It has to be the boss who faces the first ball'," Gayle added.

For Punjab, Shami bowled a brilliant first Super Over, defending five runs which was followed by Chris Jordan conceding 11 runs in the second. "Shami is the man of the match for me. To defend six runs against Rohit (Sharma) and (Quinton) de Kock, that's fantastic. That's a great job."

"I have faced you in the nets and I know that you can nail those yorkers, and nail them well. Today he came and delivered and brought it home for us," Gayle added.

Shami, who nailed his yorkers in the Super Over to allow MI to only equal KXIP's score, said with the margin of error being so less he just focussed on what he knew he could do best. "It was very difficult. When you get 15-17 runs to defend in the Super Over, it's a different matter altogether. You believe at the back of your mind that you can do it.

"But when the margin of error is so less, you focus on what you can do best. I believe a lot in myself. When I was going back on the top of my mark every ball, I was saying to myself, 'This last ball was great. The next ball will be great too'. I repeated that six times," Shami added.

In their first match of the tournament against Delhi Capitals, KXIP had failed to score the required single run of the last three balls and the game headed to a Super Over which they they lost. Batting in the second Super Over against MI, Agarwal said he came with the intent of hitting boundaries. "The game against Delhi Capitals came to my mind. However, Gayle told me 'Mayank, just watch the ball and the rest will be fine'."

"And that was all that I had in my mind that I have to watch the ball and hit it. I didn't think about taking ones and twos. I was determined to hit a boundary and luckily it did happen," Agarwal added.