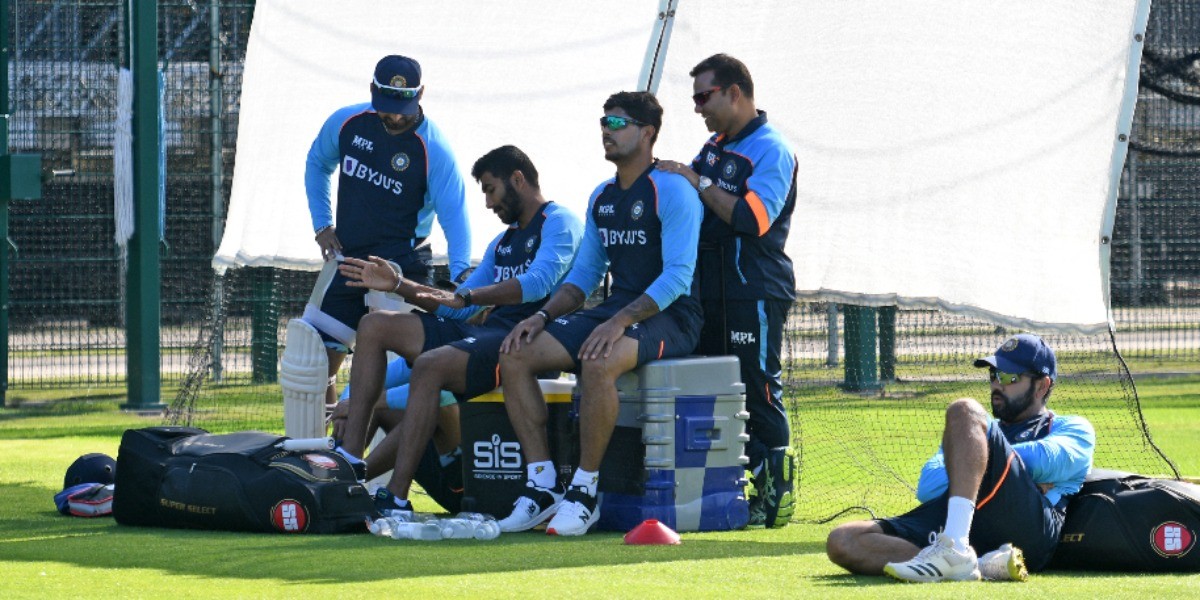 India were forced to cancel their practice session ahead of the fifth and final Test against England in Manchester after a member of their support staff tested positive for COVID-19 on Thursday (September 9). A BCCI official confirmed the development to PTI.

It's being reported that the Indian cricket team's junior physio Yogesh Parmar is the one who has tested positive.  Parmar testing positive also leaves the team without a physio with the main physio Nitin Patel already in isolation after head coach Ravi Shastri contracted the virus during the Oval Test.

It is learnt that the BCCI has asked England and Wales Cricket Board to spare a physio.

Besides Shastri and Patel, fielding coach R Sridhar and bowling coach Bharat Arun are also isolating in London. Only batting coach Vikram Rathour was with the team when they won the fourth Test at the Oval on day five.

"The results of the RT-PCR tests are expected later in the day depending on which the fate of the game will be decided." a BCCI source told PTI.

India lead the series 2-1 but the development has cast a fresh shadow on the fifth and final Test.