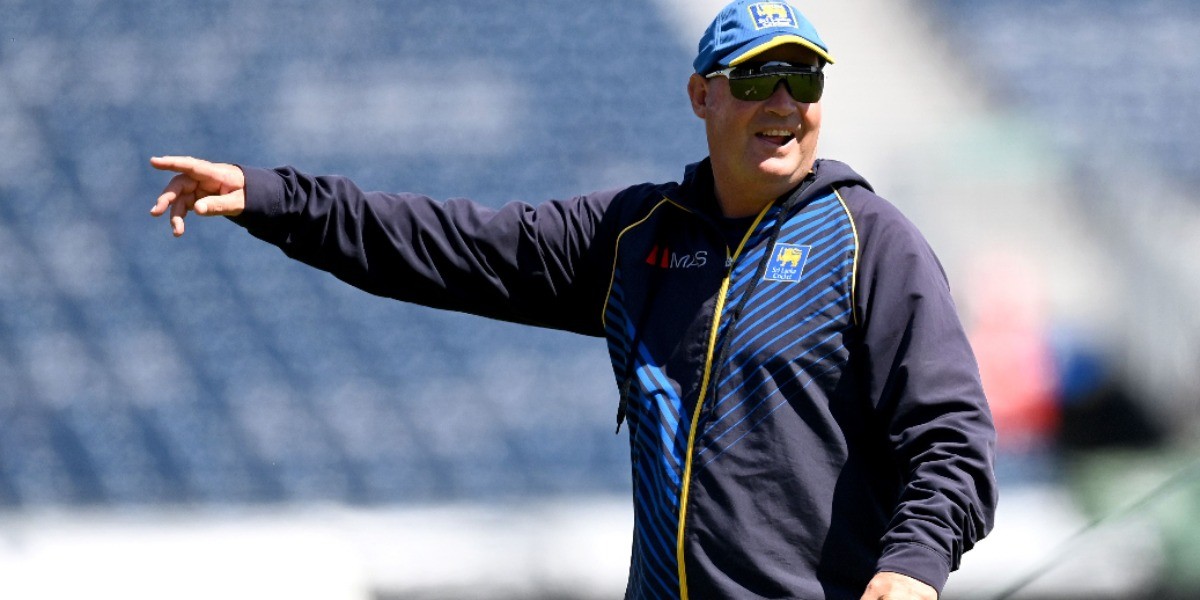 Sri Lanka head coach Mickey Arthur feels his team has a world-class bowling attack and any team wouldn’t enjoy coming up against them in the ongoing T20 World Cup. Dushmantha Chameera and Lahiru Kumara are genuine fast bowlers who can regularly bowl faster than 145kph, while Chamika Karunaratne is always around that 135-140 mark.

Wanindu Hasaranga is the second-ranked T20I bowler in the world and we all know how good he is. And, Sri Lanka now also have a new mystery spinner -  Maheesh Theekshana. The latter scalped three wickets against Namibia, while Chameera and Kumara constantly troubled all the batters with their pace. The Islanders are set to take on Ireland on Wednesday (October 20) and they will surely put up a much better fight than Namibia.

"For us to have two bowlers of genuine quality bowling at 145kph - that makes a massive difference. We know that any team doesn't like facing them. They're genuine wicket-takers. Their skills have got better and better over the last couple of months. We're really happy having them attack for us," said Arthur.

"Dushmantha Chameera has gone to another level. He's now genuinely world-class. To have those bowlers in our line-up gives us a good balance. Chamika [Karunaratne] brings a little bit of swing. And we've got our two spinners. It's almost the ideal attack, if you like."

If Sri Lanka bowl second against Ireland, they will also have to contend with the dew. Sri Lanka bowled first against Namibia and knocked them over for just 96. However, bowling second in Abu Dhabi is going to be a challenge for the Dasun Shanaka-led side.

“We came out the night before the Namibia match and checked the amount of dew, and there was a fair amount. I don't think it's impossible to bowl if we have to bowl second. We've prepared that way - using wet balls, etc. We'll be ready. Once the wicket cools down and gets a little bit of moisture on it, it just tends to come on a little bit nicer as well."

Chasing a small target, Sri Lanka lost their top-three batters - Pathum Nissanka, Kusal Perera and Dinesh Chandimal - inside six overs but Arthur suggested that they are going to stick with the same top-order. Chandimal scored 66* against South Africa but has only managed 41 runs in his last five innings.

"I'm pretty confident with Kusal back at the top of the order now. That just gives us that attacking option. Kusal Janith is a world-class player. To have him back there gives us a lot more solidity. I'm comfortable that he's going to fire for us pretty soon.

"Pathum Nissanka, he's a work in progress. He's the one Sri Lankan batsman in my time in Sri Lanka that I think is going to go on and genuinely become a world-class player. So we'll keep going with Pathum because we're investing in him going forward.

"Then that No. 3 position has been an Achilles heel for us ever since we lost Danushka, Kusal Mendis, and Niroshan Dickwella. We've battled to find the right balance in our top five. I'm comfortable we've got that balance. If we can just get that No.3 position shelved down, we'll be good. Dinesh Chandimal has it at the moment.

"Hopefully, he gives us a performance at some stage. We've got young Charith Asalanka, who I think is another young player that's going to play a lot for Sri Lanka, just waiting in the wings. I'm just waiting for someone to grab that position and make it their own."

Backing Chandimal for the No. 3 spot, Arthur said: "He played an innings in the practice game before we came over here. He faced a really good attack. Chameera wasn't there, he had Binura, he had Chamika, he had Akila and Maheesh bowling against him, and he got 84 out of 48 balls and really played very, very well. He has a bit of experience. He was the desirable player for that position. But when we watched him bat there, he batted superbly. He hit proper cricket shots, and he hit them well, he hit them hard. He cleared the boundary straight a lot of times.

"So if we can recreate that confidence for him coming into World Cup games, we feel we've got a win. We'll give Chandi another run without a doubt. We know that Charith Asalanka is there waiting for his opportunity as well. One thing we've done is we've developed bench strength in all positions. I'm comfortable that Chandi is one innings away from showing us potentially what he can do. I'm just hoping that tomorrow he gives us what we know he can give us or what I saw from him in that practice game." 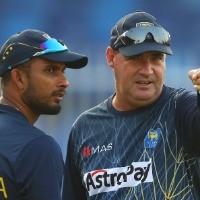 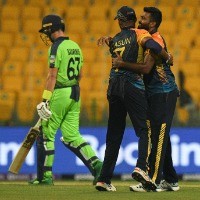 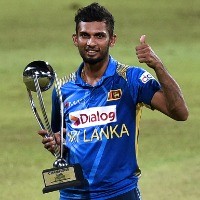 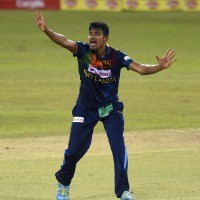 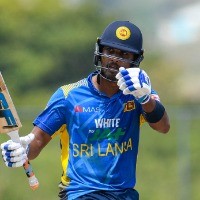 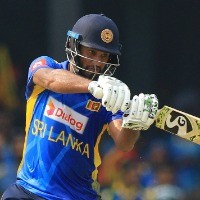