Arrival of Russell and Pooran make Trinbago even more intimidating 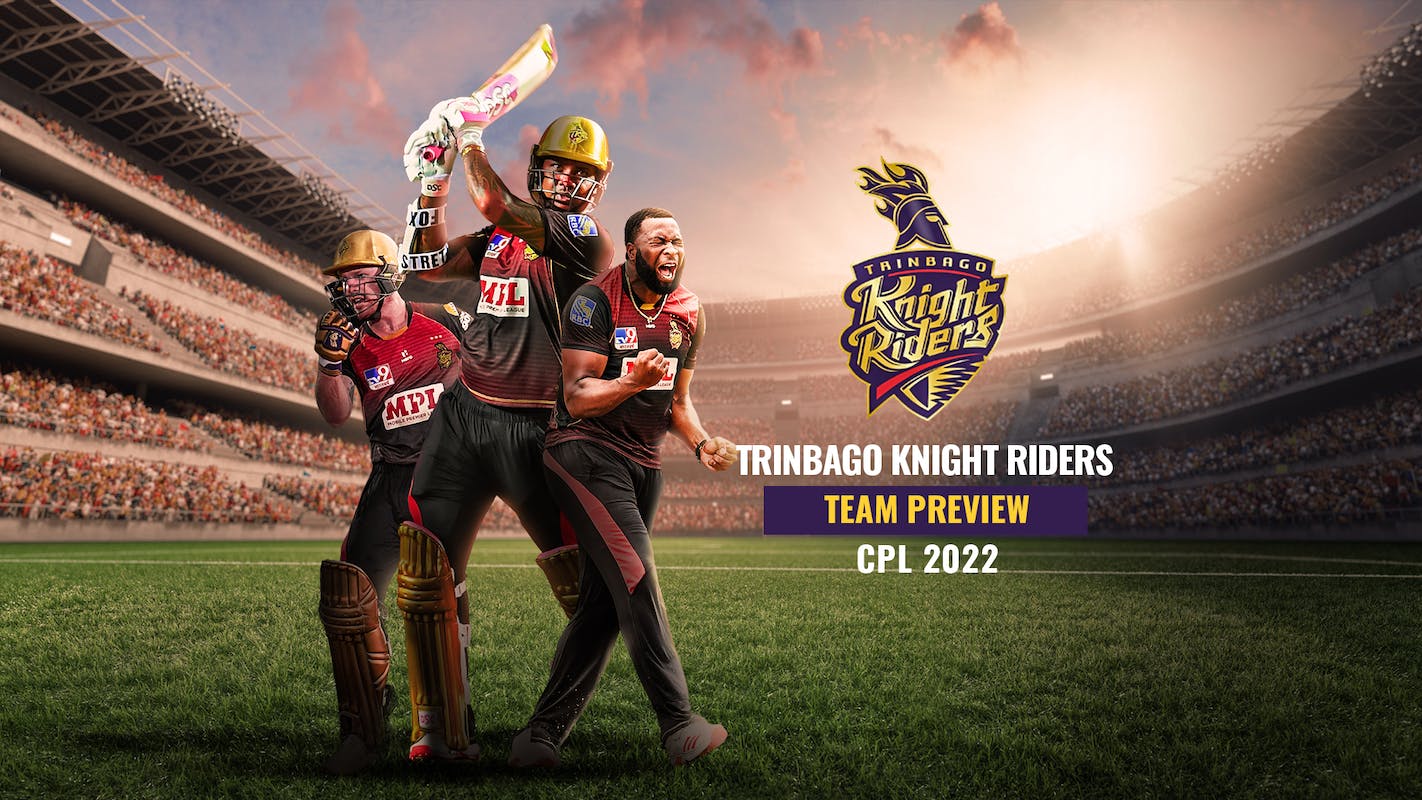 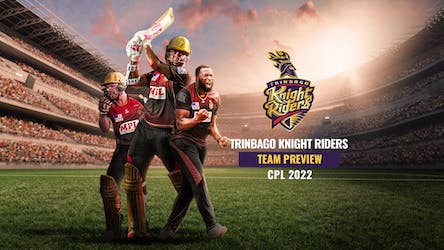 Arrival of Russell and Pooran make Trinbago even more intimidating

Nine seasons, four titles, with three of those coming in the last five editions. Trinbago Knight Riders (TKR) are clearly the most successful franchise in the history of the Caribbean Premier League. They have been far ahead of the pack as no other team has won more than two titles.

In 2020, TKR remained unbeaten throughout the tournament and claimed their fourth title. They were once again the table-toppers in the league stage of the last edition but lost to Saint Lucia Kings in the semis. This season, the Knight Riders have managed to acquire the services of Andre Russell and Nicholas Pooran and will enter the competition as the red-hot favourites.

Trinbago made two box-office pre-draft signings prior to the next season, and if these two play to their potential, things would get really difficult for the other five franchises. Russell (from Jamaica Tallawahs) and Pooran (from Guyana Amazon Warriors) are two of the most dangerous T20 players and the entire cricketing world is aware of what they bring to the table.

The Knight Riders had the second-worst scoring rate (7.7) last season despite having the “second-best” balls/dismissal, and that’s where these two could have a massive impact. Having Pooran at No. 3 or 4 and Russell in the middle-order will also allow other batters to play with a lot more freedom, something which they didn’t do last season.

Denesh Ramdin (retired) and Darren Bravo (moved to St Kitts and Nevis Patriots) are no more part of the TKR squad, but in Pooran and Russell, Trinbago have found themselves far better replacements. Lendl Simmons, Isuru Udana and Yasir Shah, who all played in the last edition, are also not part of the squad. Instead, TKR have brought in Maheesh Theekshana and Seekkuge Prasanna. Trinbago’s biggest strength is their local players. The likes of skipper Kieron Pollard, Sunil Narine and Russell are legends of the shortest format of the game, while Pooran and Akeal Hosein are two of the best from the current generation. Jayden Seales and Anderson Phillip don’t have great numbers in white-ball cricket but the two young seamers are quickly rising through the ranks.

The moment TKR put up a good score on the board, the opponents are going to find it extremely difficult to hunt it down with the quality of spinners they have in their arsenal. Narine, Hosein and Theekshana are not wicket-taking spinners, but they hardly go above six-seven runs per over. On top of that, the slow surfaces in West Indies will perfectly work in their favour. In T20s since 2021, all three of Narine (5.7), Hosein (6) and Theekshana (6.3) have been very economical and will give you quality 12 overs on most days.

Now, let’s talk about the firepower they possess in the batting department. Tim Seifert has an average of 34.78 and a strike rate of almost 150 in T20s this year. He is likely to open with Narine who has the capability of playing those match-winning cameos at the top. They will have the explosiveness of Pooran in the middle overs before Pollard and Russell wreak havoc at the death. Pollard has regained his form in the Hundred, while Pooran (average 37.35, strike rate 138.3) and Russell (average 32, strike rate 170.5) have had a pretty good year so far.

The opening combination of Seifert and Narine doesn’t look very threatening but Trinbago’s biggest worry is their pace attack. The spin department is sorted but their young seamers could get exposed. Seales (8.24), Phillip (9.94) and Ali Khan (8.45) could leak a lot of runs, while Terrance Hinds and Shaaron Lewis simply haven’t played many games at this level. Last season, TKR’s spinners had the best economy rate (5.3) in the competition, while the seamers had the second-worst (8.8). 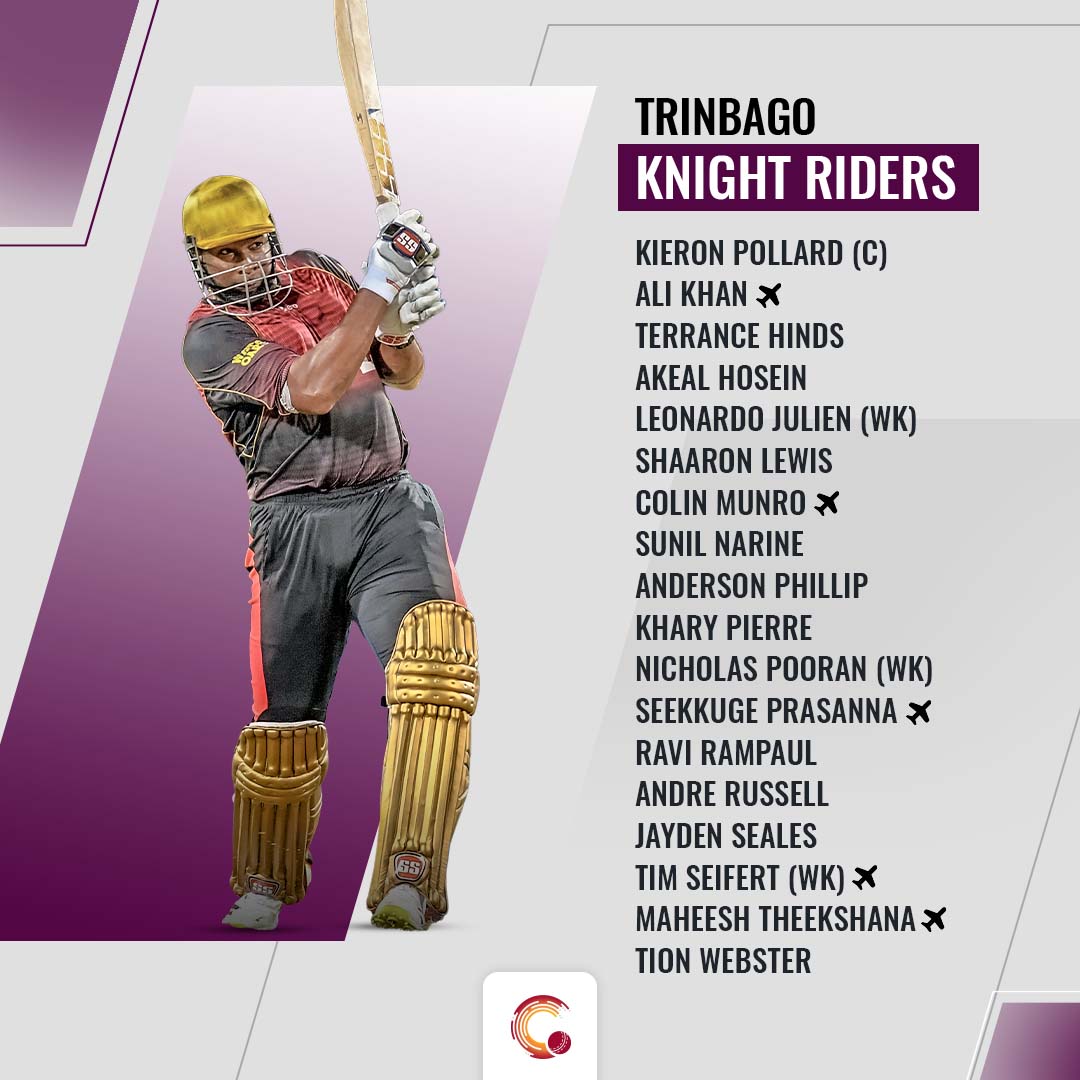 Trinbago Knight Riders will begin their campaign in the third match of the season, facing Saint Lucia Kings on September 1, 7:30 pm IST.