Ashwin fails to add to his wicket tally on Day 2 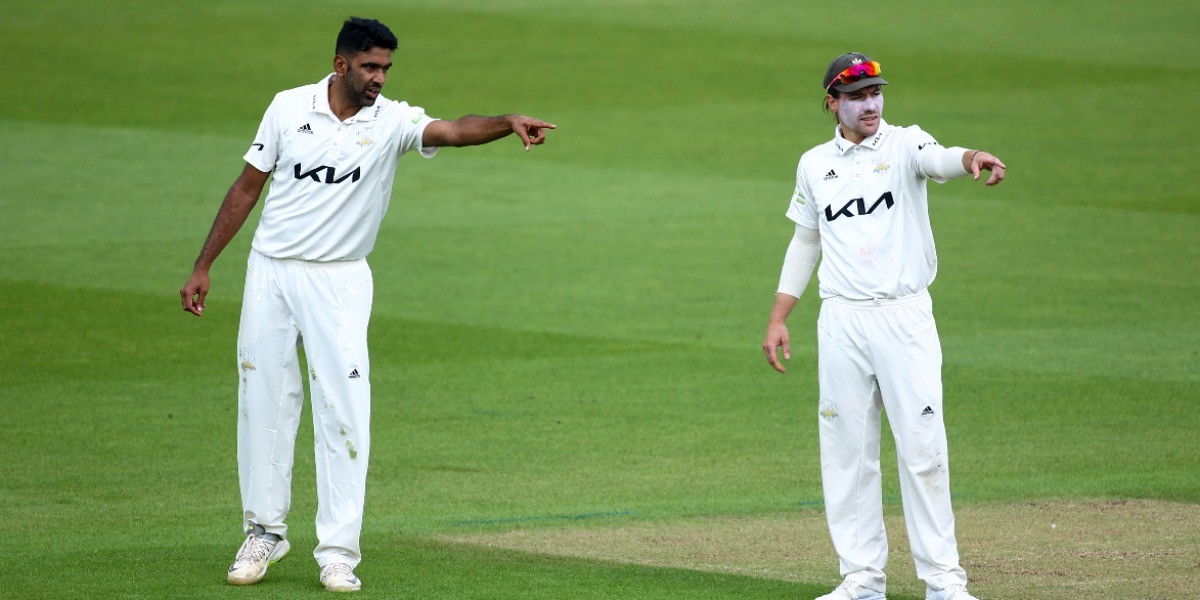 Ashwin fails to add to his wicket tally on Day 2

In the County Championship game between Surrey and Somerset, Indian off-spinner Ravichandran Ashwin has failed to add to his first innings wicket-tally and conceded 99 runs in 43 overs. Earlier on Day 1, Ashwin became the first spinner in ten years to open the bowling in a County Championship game. The off-spinner, who is playing for Surrey in preparation for England Tests next month, bowled the first over to Somerset openers Steven Davies and Devon Conway.

Resuming their innings from 280/6, Somerset batsmen piled on the runs thanks to skipper James Hildreth's century. Ben Green and Roelof van der Merwe added useful runs in the middle to help guide Somerset to a better position. Ashwin was largely ineffective despite containing the run-flow from one end.

Ashwin had previously played county cricket for Nottinghamshire and Worcestershire in the past and was roped in as Surrey's second overseas player along with South Africa's Hashim Amla for the game. This game provided him an opportunity to cash in against a decent first-class outfit to warm up for India's tough challenge of taking on England in a five-match Test series, starting August 4. Ashwin, given his current form, is going to be a crucial member of the side for the five-match series.