Ashwin roars with 6 wickets in second innings against Somerset 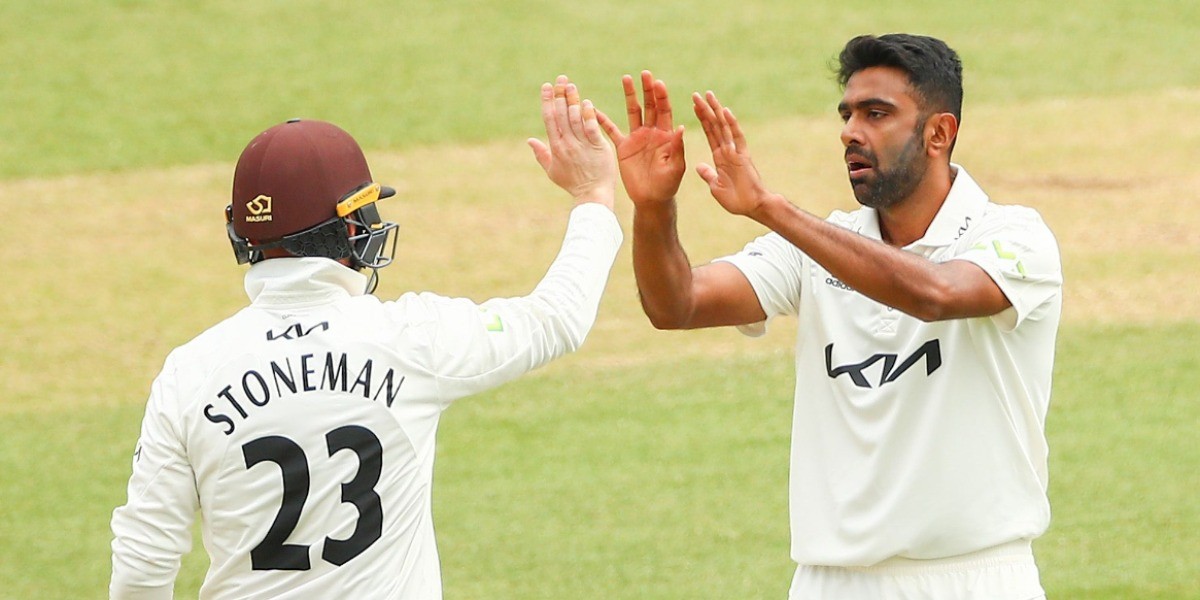 Ashwin roars with 6 wickets in second innings against Somerset

After subpar bowling figures of 1/99 in the first innings of his County Championship appearance against Somerset, Ravichandran Ashwin roared back in the second innings with a six-wicket haul. The Indian off-spinner picked 6/27 as Somerset skittled to 69 all out. Thus, Surrey is also back in the contest after conceding a lead of 189 runs in the first innings.

Looking to get some quality match practice under his belt ahead of joining the Indian in Durham on Thursday, Ashwin did more than enough bowling 58 overs and a match haul of 7 for 127.

If the first innings was used towards hitting good areas, the second innings was more about showing his skill-sets with the famous carrom ball bamboozling opposition batsmen. In fact, the veteran off-spinner bowled 15 unchanged overs with the new Dukes and got able support from left-arm spinner Dan Moriarty who took 4 for 20 as Somerset were all out for 69 in only 29.1 overs. hey had scored 429 runs in the first innings.

This was after Surrey was all-out for 240, adding only a single run to their overnight score of 239 for eight.

The script entirely changed in the second innings as Ashwin ran through the opposition getting enough drift and also using the carrom ball and off-breaks judiciously.

The difference from first innings was extra bounce that Ashwin got off the pitch and one such flighted delivery, turned a shade and bounced enough to fool George Bartlett who shouldered arms.

Only three Somerset batsmen got into double figures. Ashwin's performance is a welcome sign for skipper Virat Kohli, who would like his premier spinner to be in peak form during the Test series starting August 4. The six-wicket haul would not only hone Ashwin's skills but will also work as a massive confidence booster for him ahead of the five-Test series against England. Strangely, Ashwin's skipper in the game, Rory Burns, is England's designated opener to start the series and may pass some valuable input to his teammates in order to tackle Ashwin.

The Indian contingent will assemble in Durham where they would play a three-day game against Combined Counties (Select County XI) from July 20-22. There is a possibility that the match might get extended from three to four days in case inclement weather plays spoilsport.

With 58 overs under Ashwin's belt, the Indian management might check out the other bowlers during that game.

The players would undergo another round of RT-PCR testing as they enter the bubble after 20-day break following the World Test Championship final against New Zealand.