Asia Cup is done and dusted, our focus is now on the T20WC: Shanaka 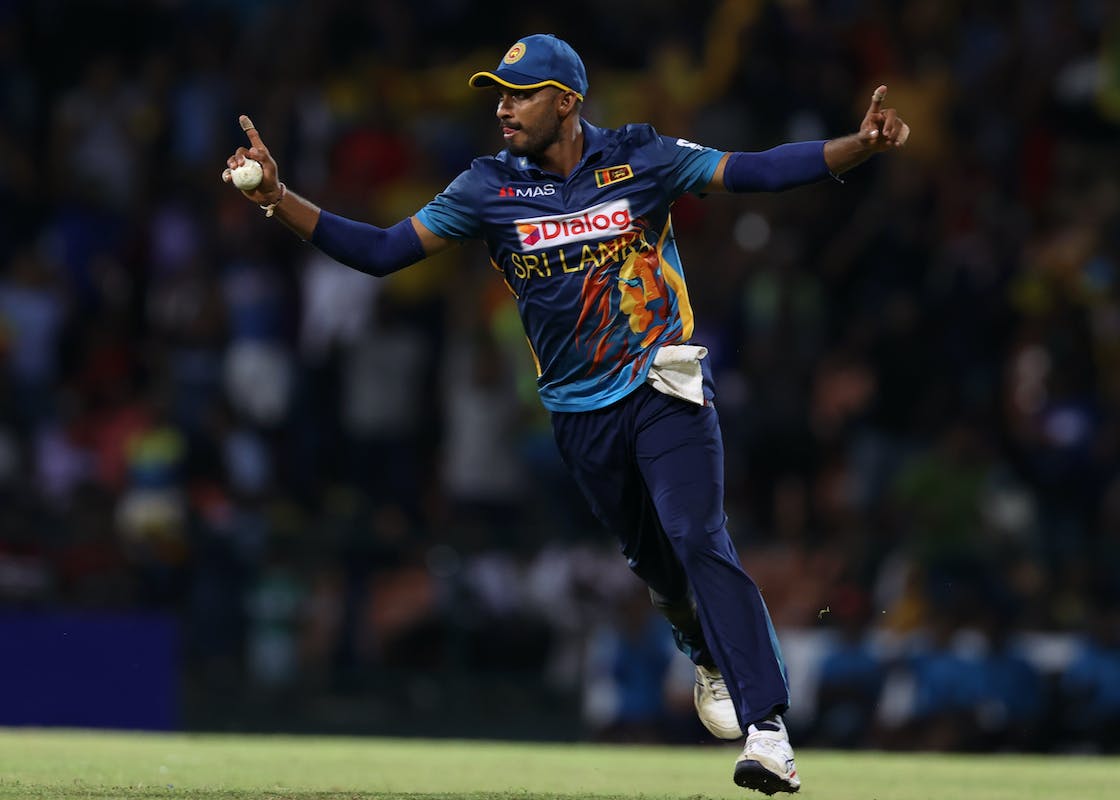 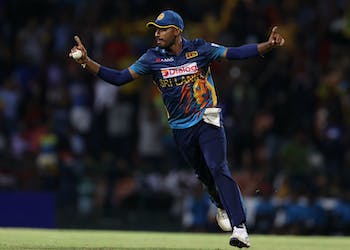 Asia Cup is done and dusted, our focus is now on the T20WC: Shanaka

The Lankan skipper asserted that all players have already put the Asia Cup glory behind and are, in fact, currently practicing more intensely than they ever have

It was only weeks ago that Sri Lanka landed their most significant win in eight years by landing the Asia Cup title, but skipper Dasun Shanaka has made it clear that the Lankan players are not thinking about the Asia Cup triumph anymore, and are solely focused on the T20 World Cup that’s all set to kick-off in a fortnight’s time.

Sri Lanka entered the Asia Cup as one of the least-favoured sides, and were on the verge of elimination in the very first round, but the Shanaka-led side went on one of the most remarkable cup runs this century to topple favorites India, Pakistan and lift the title. The Asia Cup title, which came against all odds, was easily Sri Lanka’s biggest achievement as a cricketing nation since 2014, when they landed both the Asia Cup and the T20 World Cup title in the same year.

In the aftermath of such a gargantuan win it is easy for the players to feel satisfied and, in turn, lose motivation, but Shanaka asserted that all players have already put the Asia Cup glory behind and are, in fact, currently practicing more intensely than they ever have.

"Winning the Asia Cup was good, but it's just one tournament. We're not thinking about that anymore, that's in the past. Because if we keep focusing on that then we can't look forward and perform as we need to,” Shanaka told reporters on Saturday.

“In the camp [in Kandy] every player put in a good effort. I was worried that there would be some guys who'd be a bit relaxed after winning the Asia Cup, but it wasn't like that. Everyone practiced with even more intensity than usual, and I'm confident that we can put in good performances at the World Cup."

Last month, Bhanuka Rajapaksa claimed that he considers Sri Lanka as genuine contenders for the World Cup and Shanaka echoed similar sentiments, stating that the Island Nation have it in them to conquer any team in any conditions.

"If we make the right decisions on the day and execute our plans, I'm certain we can come out victorious,” the Lankan skipper said.

Shanaka admitted that his side’s confidence levels are much higher than what it was at the time of last year’s World Cup, but insisted that the key is for the side to bring out its best when it really matters.

The Lankans will enter the T20WC in red-hot form, but there are still slight concerns over the form and fitness of the pace duo of Dushmantha Chameera and Lahiru Kumara, both of whom are in the squad but haven’t played in months due to injury. Shanaka, however, gave a positive update on the pair and claimed that both Chameera and Kumara are ‘well prepared ahead of the World Cup.’

"Both Lahiru [Kumara] and Dushmantha [Chameera] were a part of our camp, and they both managed to complete their bowling quotas without an issue. I think they're well prepared ahead of the World Cup,” Shanaka said.

Head coach Chris Silverwood, meanwhile, said that despite the Asia Cup triumph, his side still have areas that they need to improve on. One of which, according to him, was setting match-winning totals batting first. The Lankans beat Pakistan in the final of the Asia Cup batting first indeed, but that clash remains their only victory batting first in the entirety of 2022.

"There's always going to be areas to improve - I think setting totals, something we did really well in the final [of the Asia Cup] but something we haven't done a great deal of," Silverwood said.

"So it's something we're going to have to think of."

The head coach also gave more insight on how his side have been preparing for the World Cup. One of the key factors to succeeding in Australia, he said, is understanding the ground dimensions in the country.

"We're actually very specific about what we're trying to train. For example, we did a Super Over up in Kandy, which is all in good fun, but it highlights where it can be a bit chaotic in the Super Over. It happens very quickly, and we have to make sure we keep a level head.

"Then the dimensions of the grounds in Australia - they have some big grounds - we'll have to learn to cope with them. We have to make sure we get the distance right off the boundary to cut the angles down and get the guys used to doing that,” Silverwood said.

Silverwood admitted that, on the back of the Asia Cup triumph, expectations have risen back home but downplayed the subsequent pressure that comes with the same. He instead claimed that belief being high amongst fans is a ‘positive’ and asserted that the players can use the same as motivation to succeed.

"I tend to look at it differently. There are expectations obviously back here at home in Sri Lanka. But I think the energy that we're gaining off the fans is superb, and I think the boys are feeling it. I think we can use that as a real positive," Silverwood said.

"The fact that everybody's behind us, the nation is behind us, and we're out there trying to bring a smile back to everybody's faces, for me it's a positive. Something we can use as energy, and something we have used as energy in the dressing room already."

Sri Lanka will kick-start their T20WC 2022 campaign against Namibia on Sunday, October 16, at the Simonds Stadium in Geelong.