Assad Vala: To go into the same dressing room as Sangakkara was unbelievable 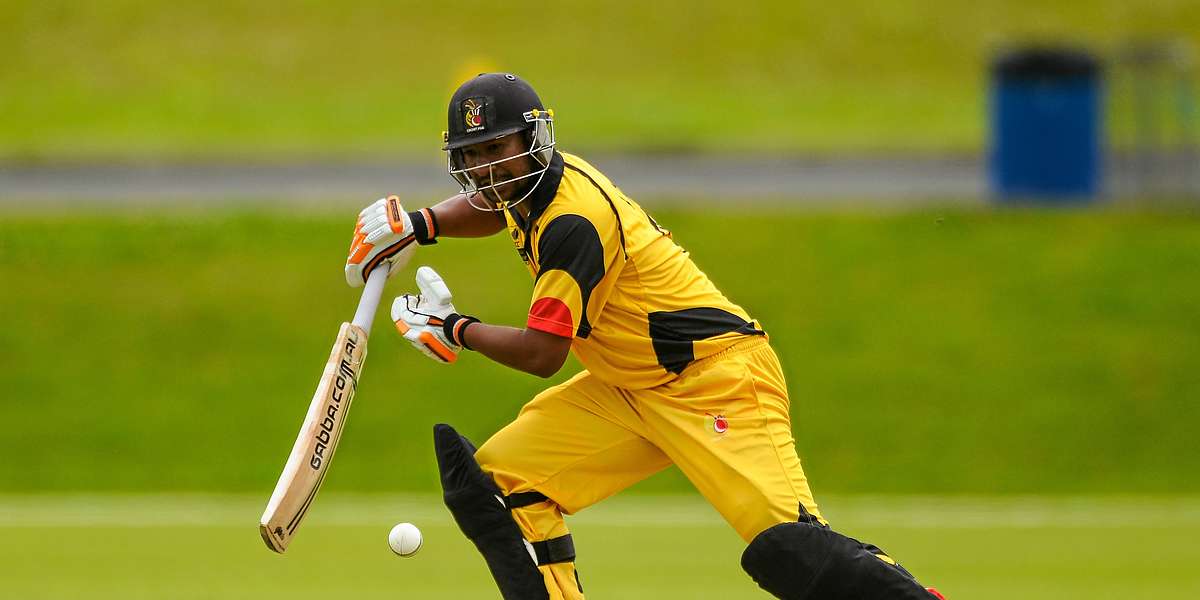 Assad Vala: To go into the same dressing room as Sangakkara was unbelievable

Assad Vala is more or less synonymous with Papua New Guinea (PNG) cricket team for he has led them with distinction over the last four years or so. In a country where rugby is the most popular sport, cricket too finds its way among the locals and Vala had no second thoughts about taking up cricket considering his entire family was passionate about the sport.

“Rugby is really popular here. My brother, my dad, my mom all played cricket. So, when I was growing up, we played cricket over the weekend. Then played at junior level in some local competitions and playing cricket got bigger and bigger and eventually got picked in the national team. Been a really good journey,” the PNG captain said in an interview with Cricket.com.

One of his biggest accomplishments is perhaps leading PNG to the 2020 T20 World Cup in Australia and that too in the most dramatic of fashions.

PNG were just one game away from qualification and it was Kenya, who stood in their way – a team, that had often exceeded expectations in the past, especially at big ICC events. In that match, PNG were reduced to 19 for 6 at the end of the fourth over. For many, that would have been the match right there, but PNG had different ideas. A 77-run seventh wicket partnership between Norman Vanua (54) and Sese Bau (17) saw them go past the 100-run mark and eventually reached 118, which turned out to be enough in the end as Kenya were bundled out for a mere 73.

“We didn’t talk about winning the game, but we were talking about how much we can get from here (19 for 6). The message was to just keep batting till the end, bat all the overs and see where we go. We got a really good partnership and we were able to scrape our way to 118. From there on, we had a chat before we went out to the field. Fielding and bowling was our strength. If we can do that well, we gave ourselves chance to win the game. We never spoke about winning, we just spoke about giving ourselves a target we could defend.”

PNG did not stop just there, they went on to beat Namibia in the semi-final but lost to Netherlands in the final, but that was good enough for them to book their ticket to Australia – certainly a sweet moment for the entire team after they narrowly missed out on playing the 2014 and the 2016 editions.

“We came so close in both those editions – the qualifiers. To come away from this qualifying for the World Cup was a good feeling, not just for me, but everyone involved with Cricket PNG and the players that were involved,” the PNG captain adds.

PNG had relinquished their One-Day International (ODI) status at the end of the 2018 World Cup Qualifiers, but regained it at the 2019 ICC World Cricket League Division Two tournament, which meant that they will take part in the ICC Men's Cricket World Cup League 2 2019 – a tournament consisting of eight teams to determine who will play the 2022 World Cup qualifiers. However, things have not gone according to plan for PNG, who now find themselves at the bottom of the table having lost all their eight matches so far, but during this forced break, Vala is determined to regroup and come back stronger.

The skipper is the leading run-scorer for his team in the tournament with 356 runs at 44.50, he also scored his maiden century against Namibia in the previous match, which is something he is really proud of, but at the same time is disappointed that his effort did not help them win the game. 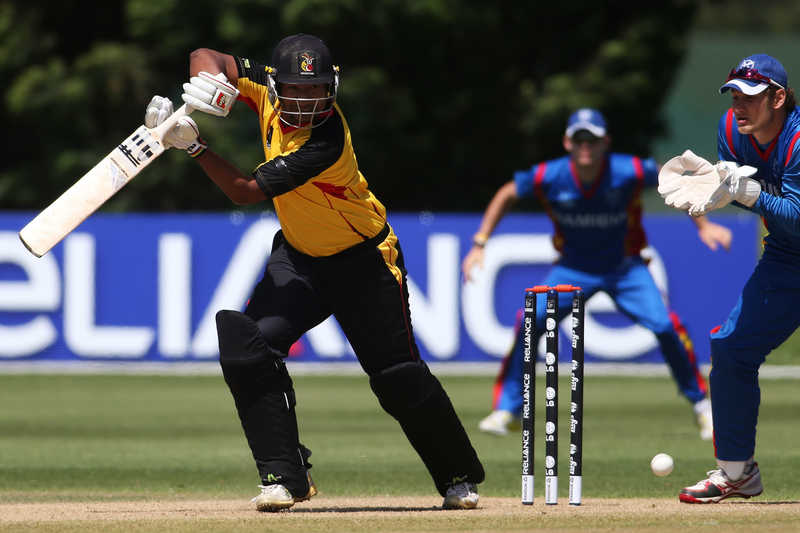 “It’s all about winning games, I would have loved to score the hundred and won the game for the team. That’s something I can work on, get the team over the line next time. Converting the starts into big scores, converting 80s to 100s gives us a big chance of winning games.”

Having an ODI status or for that matter a T20I status means little until you do not compete against the best teams, which is something Vala feels is lacking and as a result, the players’ skillset is not of the highest standards which adds to their inconsistency. To further add to PNG’s and other associate nation’s woes, the fact that the 50-over World Cup has been reduced to just a 10-team tournament. Talking about that Vala said, “We haven’t got the exposure we need. But if we can play more international cricket, test ourselves against good teams and players, I think we can learn and it will help our game as well.”

He further adds, “It is really disappointing for us (World Cup being reduced to a 10-team event). It is an opportunity for associate cricket to mix around and see where the skill level lies. If we can play more cricket against the best teams we can see where we are in terms of skill levels.”

PNG have been blessed to have a few experienced figures in the dressing room. Joe Dawes is donning the coach’s hat now, the Barramundis also had the services of fellow Australian Jason Gillespie for a brief time –an experience which Vala says benefitted his team immensely. 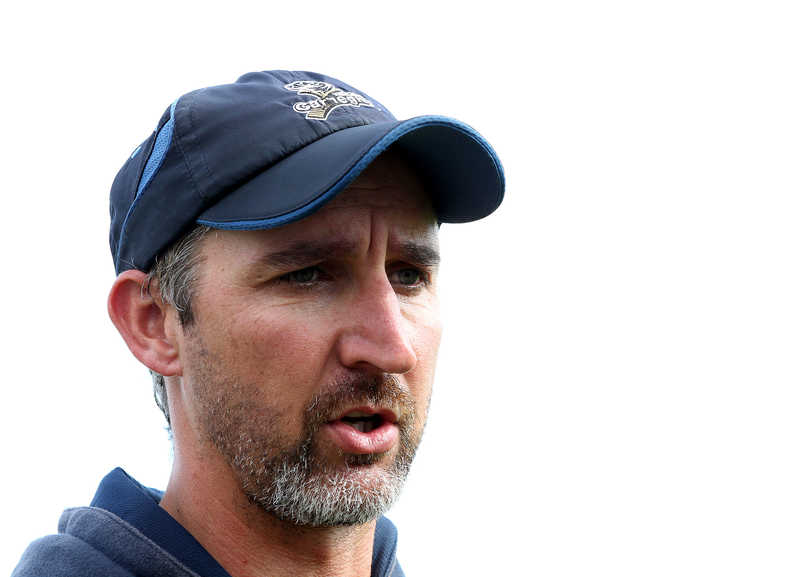 He (Gillespie) took over for a couple of months, for a couple of tours. He was great as well. He brought in some good changes. He has been coaching some great teams, his name has been put into coaching national teams as well. To have him around was great. His knowledge was unbelievable. He spoke about the game – how to go about our batting, our bowling, everything. So, it was really nice spending some time with him.”

Not to forget, there was a brief time even former England wicketkeeper and 2005 Ashes winner, Geraint Jones also played briefly for them. Vala recalls that Jones was a down to earth person and for sharing the dressing room with someone of his knowledge was helpful.

Vala is a firm believer that in order to get exposure, his players should play T20 leagues around the world, which is an opportunity he grabbed with both hands when he got a chance to play for Lantau Gladiators in the Hong Kong T20 Blitz. 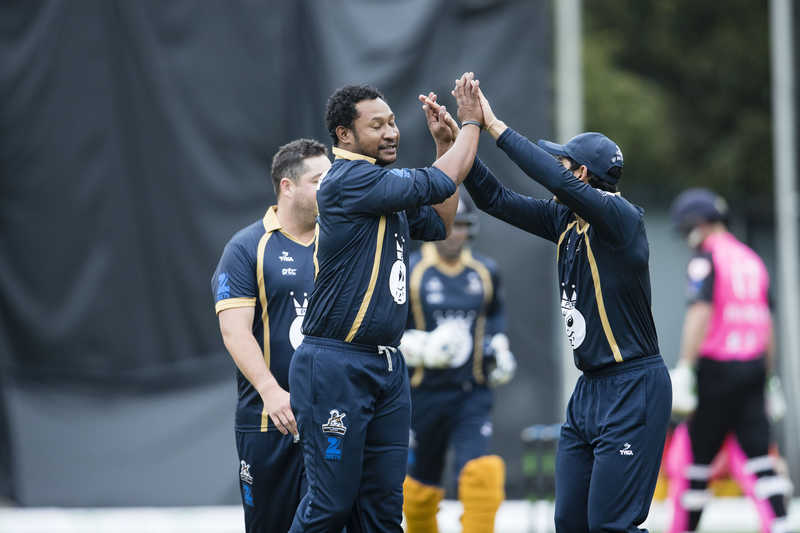 “To go into the same dressing room as Sangakkara all those players you have watched on TV was unbelievable. I just couldn’t get the smile off my face. Being around them, asking questions and even going out to dinner with them. To see how they prepare themselves, what they were doing. Unbelievable how they prepare themselves and get ready for games like that,” Vala very proudly says.

PNG’s biggest challenge will be to play in the T20 World Cup and the 50-over World Cup in every single edition. While they have ticked one box, could they possibly go one step further and make it to the 2023 World Cup? The journey towards that has well and truly begun.