Assured South Africa out to shed all tags 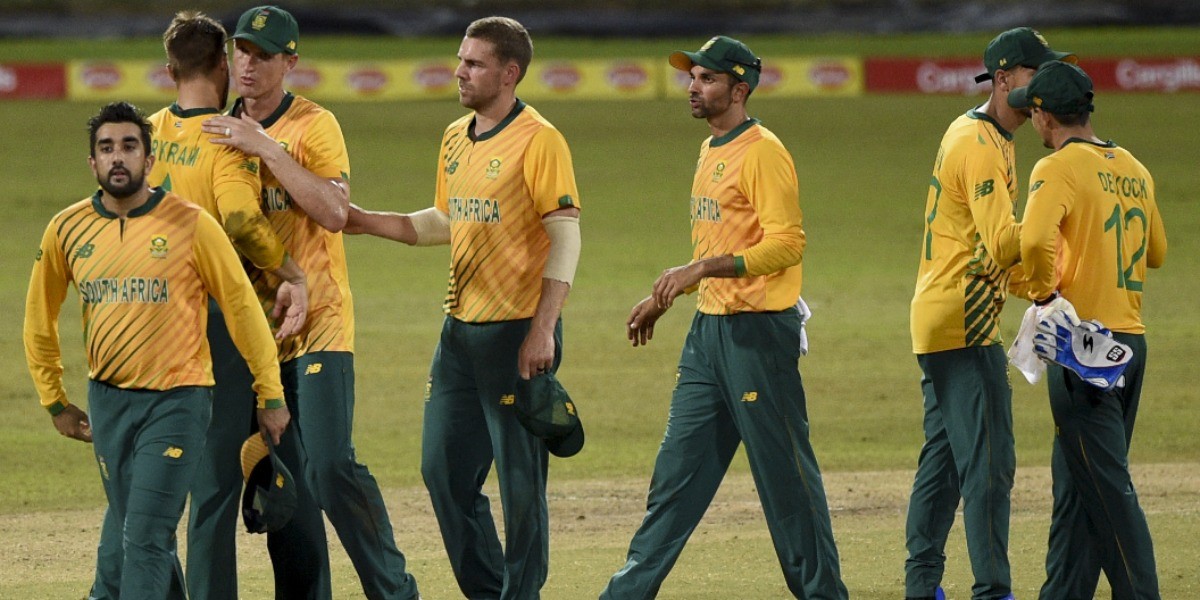 Assured South Africa out to shed all tags

South Africa's performances have been consistent in build up to the World T20, but not to an extent which would turn heads

“Peaking at the right time!” was the mantra South African head coach Mark Boucher relayed to his players soon after the Sri Lanka limited-overs series ended in September. The team had just equalled the country’s best run in T20Is with seven consecutive wins across three series and the next time they would play another match would be the 2021 World T20 opener against Australia. They passed the toughest test in July by beating a full-strength West Indies 3-2 and followed it up with a 3-0 sweeps against Ireland and Sri Lanka. By the looks of it, Boucher’s boys were doing just that after losing three home series and a tour of Pakistan at the beginning of the year.

The squad split away to the country’s Provincial T20 KO tournament while nine of them left for the IPL second leg in UAE. These were going to be the key to Boucher’s desired plan of lifting their game ahead of the World T20 as seven off the ten IPL participants were named in the final World Cup squad. 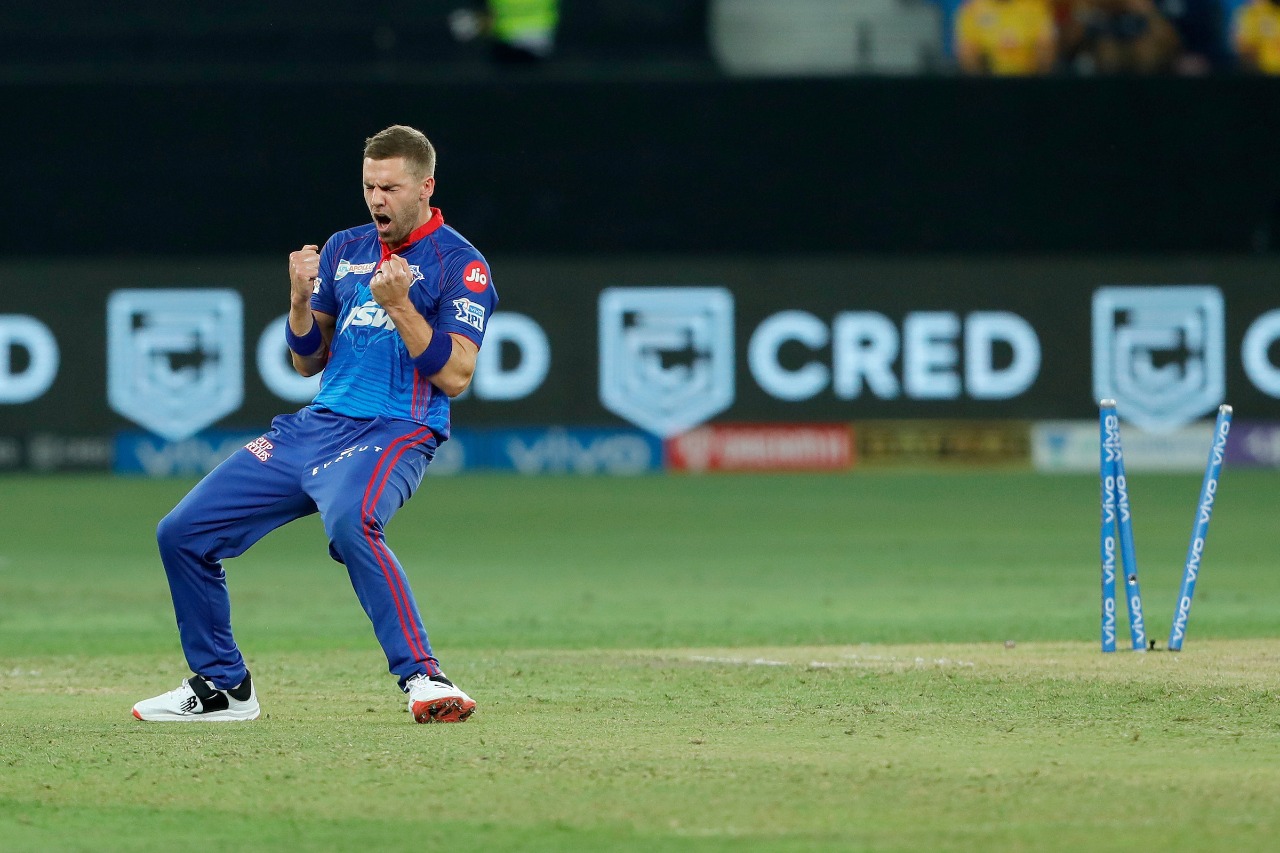 However, the blistering form of Quinton de Kock, South Africa’s best T20I batsman this year, continued as he scored 142 runs from five innings for Mumbai Indians. The season was even better for Delhi Capitals pace duo Kagiso Rabada and Anirch Nortje who were pivotal to the team’s run into the playoffs with a combined total of 17 wickets from eight matches.

Their bowling has been the lynchpin behind South Africa's performances this year. Among top-10 teams this year, the Proteas have picked up the highest tally of 127 wickets from 18 T20I innings, all on foreign soil, 21 more than Bangladesh who have played 10 of their 16 matches (before T20WC) at home this year.

Shamsi has spearheaded this attack with 28 T20I wickets from 17 innings with great support from Bjorn Fortuin and Keshav Maharaj. Maharaj impressively led the side to a series victory on his T20I debut against Sri Lanka and proved that he is a leader among the pack by bowling at an economy of 4.2. The ever reliable pace trident of Rabada, Nortje and Ngidi will also have assistance from medium pacers Wiaan Mulder and Dwaine Pretorius. 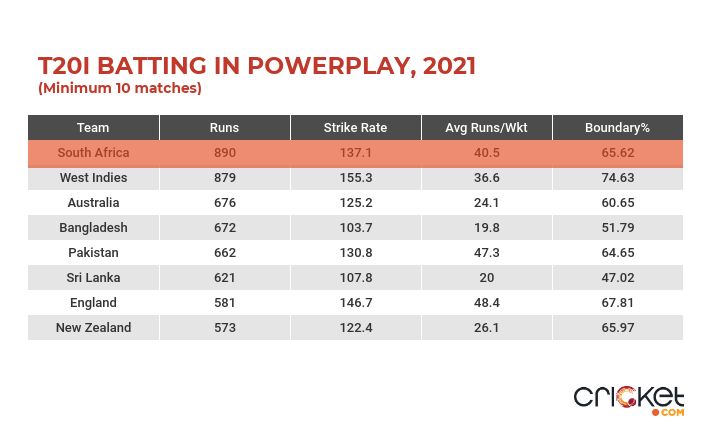 Aiden Markram, who has for many years struggled to prove his white-ball credentials, has developed into a reliable T20 batter while also chipping in with use off-spin which further bolsters Proteas’ bowling reserves. Markram has been in splendid form with the bat this year scoring 408 T20I runs from 13 innings at an average of 40.8 and a strike rate of 150.

Markram exploits at the top alongside De Kock consistent performances, also makes South Africa one of the best Powerplay sides going into the competition. They have scored 890 runs from 17 innings at a strike rate of 137.1 and an average run rate of 8.2 which are only bested by West Indies and England. 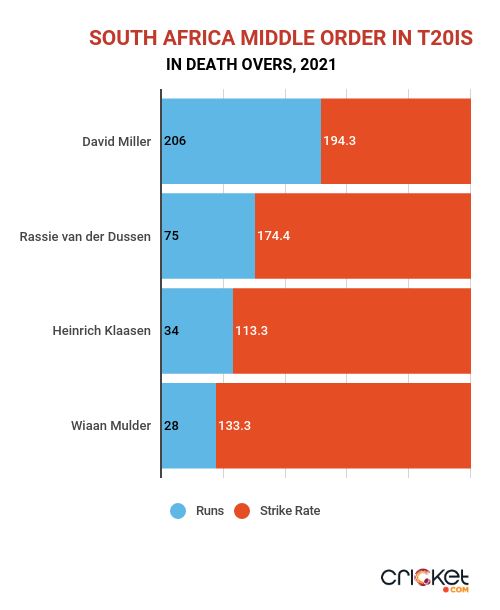 For the final push, South Africa have big hitters in the form of Rassie van der Dussen, Heinrich Klassen, Reeza Hendricks and Miller. Despite his mediocre performances in the IPL, Miller still holds the key for South Africa at the death. In T20Is this year, the southpaw has batted at a strike rate of 112.39 in the middle overs which leapfrogs to 194.34 in the final five overs, which is bad news for the bowlers. 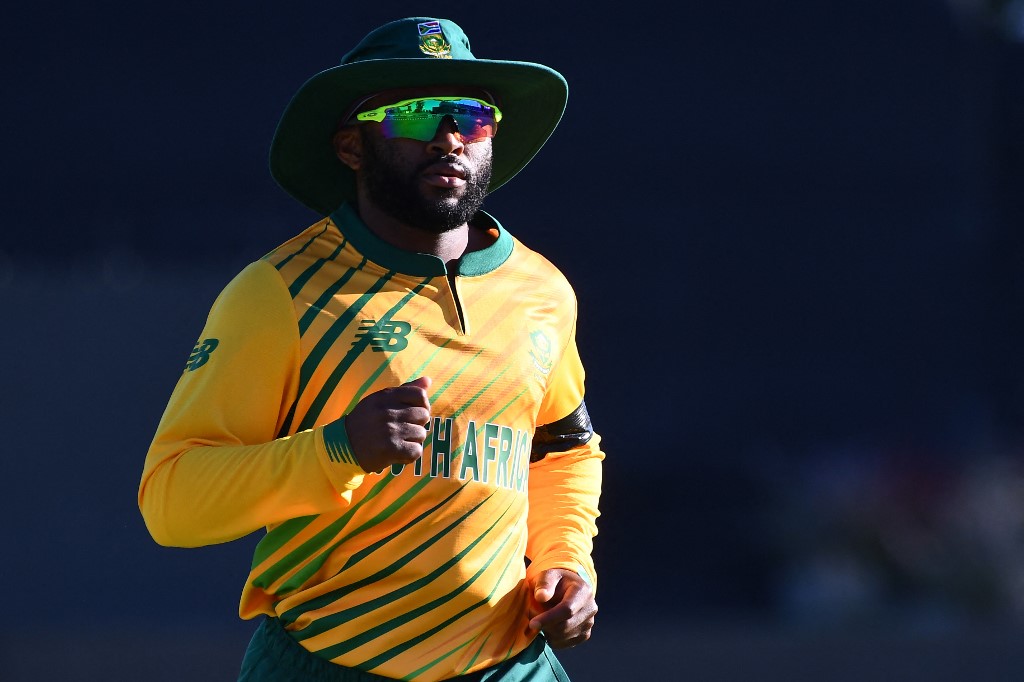 Despite having in-form players on their side, South Africa are still short on experience playing in the UAE. The likes of Hendricks, Klassen, Van der Dussen have never played in the country and Hendricks in particular has been vulnerable against spin being dismissed 13 times in 28 T20Is.

Skipper Temba Bavuma has been out of action for quite a while now after suffering a fractured thumb during the Sri Lanka series. He managed to score big against Ireland, but registered four single digit scores against West Indies before that, so it is difficult to see how the Proteas captain will fare once he returns to the pitch.

The biggest advantage South Africa have currently is that they have been at their optimum best without attracting the tag of tournament favorites. A squad without worldwide fan favorites like Faf du Plessis and AB de Villiers will allow them space to work on their respective roles in the team.

Their bowling is chockful of match winners while there are good number of inexperienced yet exciting batting talent to carry them all the way. The squad is capable of erasing the hurt of the past World Cups under the guidance of Boucher, who will know what things need to be avoided when. 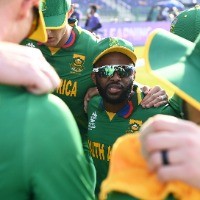 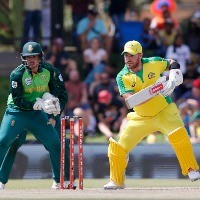 ANALYSIS
South Africa, Australia seek positive start in ruthless Group 1
None of these two sides are deemed favorites from this group, but a good start will come in handy 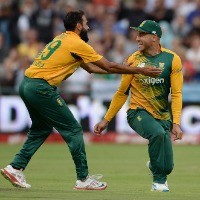 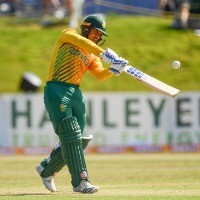 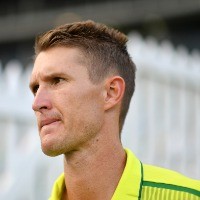 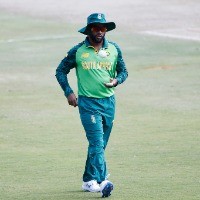