The visitors need one win to retain the Ashes

Australia’s head coach Justin Langer on Monday said he felt “physically sick” in the aftermath of the heartbreaking defeat to arch-rivals England in the third Ashes Test at Headingley.

When all seemed lost for the hosts, Ben Stokes conjured up his magic to pull off a stunning one-wicket win with a 135-run knock at Leeds.

“As challenging as this week’s been, it’s been awesome,” cricket.com.au quoted Langer as saying at Old Trafford where the fourth Ashes Test begins on Wednesday.

“I’ve loved this last week of coaching, because you can either sit back and feel sorry for yourself and put it under the carpet, or you can work out ways to make sure we’re up for the first ball (on Wednesday) and then the next Test match.”

The most frustrating bit for Australia was the 10th-wicket partnership of 76 runs between Stokes and Jack Leach.

“That’s the toughest part of it, we were that close. I actually felt physically sick after it, then I went back to my room and I wasn’t sure whether to cry my eyes out or smash my hotel room,” he added.

With the series locked at 1-1, a victory in the next two Tests will ensure Australia retain the urn in England for the first time since Steve Waugh’s side triumphed 4-1 in 2001.

Referring to that triumph, Langer said, “Often it seems like history is repeating itself, but the beauty of the future is you’ve got a chance to have a different outcome.

“It’s always been a philosophy and theme of my coaching, that we’ve got to do things together as much as we possibly can.

“It’s been a long hard tour, but we’ll stick together as much as we can and hopefully it’ll give us the right outcome.” 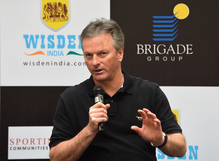 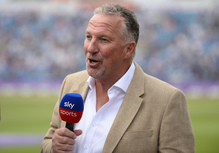