Australia look to bounce back against Pakistan

Australia look to bounce back against Pakistan

Australia have the edge over Pakistan in recent ODI contests.

One of football’s greatest minds Johan Cruyff once said, “Every disadvantage has its advantage.” And that quote seems apt for the Pakistan cricket team ahead of their clash against Australia at the County Ground, Taunton on Wednesday.

Australia, meanwhile, posted two solid victories against Afghanistan and West Indies before faltering against India on Sunday. The five-time world champions will be keen to put that defeat behind them amidst four successive matches against sub-continental sides.

A great contest during the last World Cup saw Wahab Riaz unleash a ferocious spell of bowling against a clueless Shane Watson. The Pakistan left-arm pacer was on top throughout and even saw a catch dropped off his bowling, but the Australian all-rounder survived before his team won with ease.

This time around though, the most riveting contest could be between Australia’s new ball bowlers against Pakistan’s top three batsmen. It’s no secret that Aaron Finch is very dependent on Mitchell Starc and Pat Cummins to do most of the damage with the ball. In their three matches at this World Cup, the duo have accounted for 13 out of the 22 wickets (59%) taken by the Australian bowlers.

What’s more striking is that the duo are the only Aussie bowlers at the tournament to have taken a wicket and have an economy rate of less than six. Against Pakistan, they will be up against a strong top three who have been the cornerstone of the Asian side’s batting in recent years.

Since October 2017, Fakhar Zaman and Imam-ul-Haq have put on 1368 runs together at an average of 57, including four century-run stands. Their partnerships have been worth 50+ runs in 10 out of the 26 innings they’ve batted together. Zaman got off to starts against the West Indies and England but wasn’t able to make it count with a big score. On the other hand, Imam looked good during his knock of 44 against England before a superb Chris Woakes catch sent him packing.

Both openers will know that they will have to do more if Pakistan have to earn a positive result against Australia. Seeing off Starc and Cummins is easier said than done though. The former especially has been as problematic to opening batsmen as fellow Australian Shane Warne was to Daryll Cullinan.

If Starc does strike early, the onus will be on Babar Azam to come good. Pakistan’s number three has been Mr. Consistent for Sarfaraz Ahmed’s side with no other batsman in the team scoring more runs than him since the 2015 World Cup. He also possess a superb record against Australia, averaging 56.4 in five innings.

Australian opener David Warner has been far from his usual self at the World Cup. Having only returned from the Sandpaper Gate ban, his strike rate at the tournament is 71.8, a drop of 32.2 when compared to his strike rate between the 2015 World Cup and the ban.

Opposition bowlers have bowled a straight line and offered little width for Warner to free his arms. At the World Cup, 81.1% of the left-handed batsman’s dot balls have come when the delivery has been close to the stumps.

Warner, though, can take confidence from the fact that Pakistan new-ball bowler Mohammad Amir doesn’t have the best of records against left-handed batsmen. The 27-year-old pacer averages 44.1 against left-handers as opposed to 26.7 against right-handers. 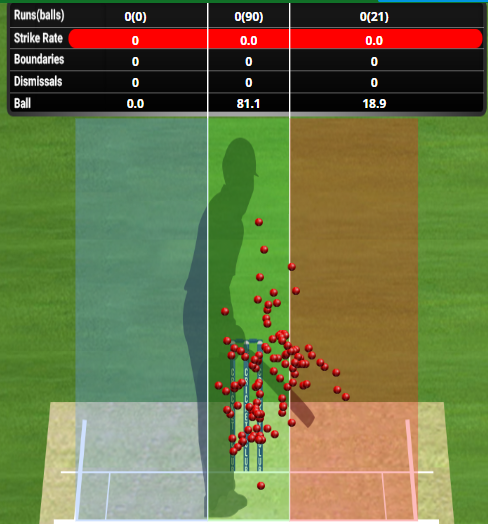 There are high chances of rain in Taunton on Wednesday which could lead the team winning the toss to bat second. The game ending with no result is also a possibility.

Marcus Stoinis has been ruled out of the tournament due to a side strain. With replacement Mitchell Marsh unlikely to be available for the game, it could be Shaun Marsh who comes into the XI with Finch having to help Glenn Maxwell fill up the fifth bowler’s 10 overs. There’s also a possibility of the team from Down Under bringing in a bowler and pushing Nathan Coulter-Nile or Cummins to number seven.

After their success against England, Pakistan are likely to go with an unchanged line-up. 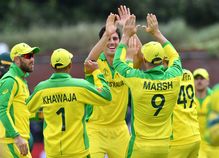