Australia look to brush off rustiness in dead rubber 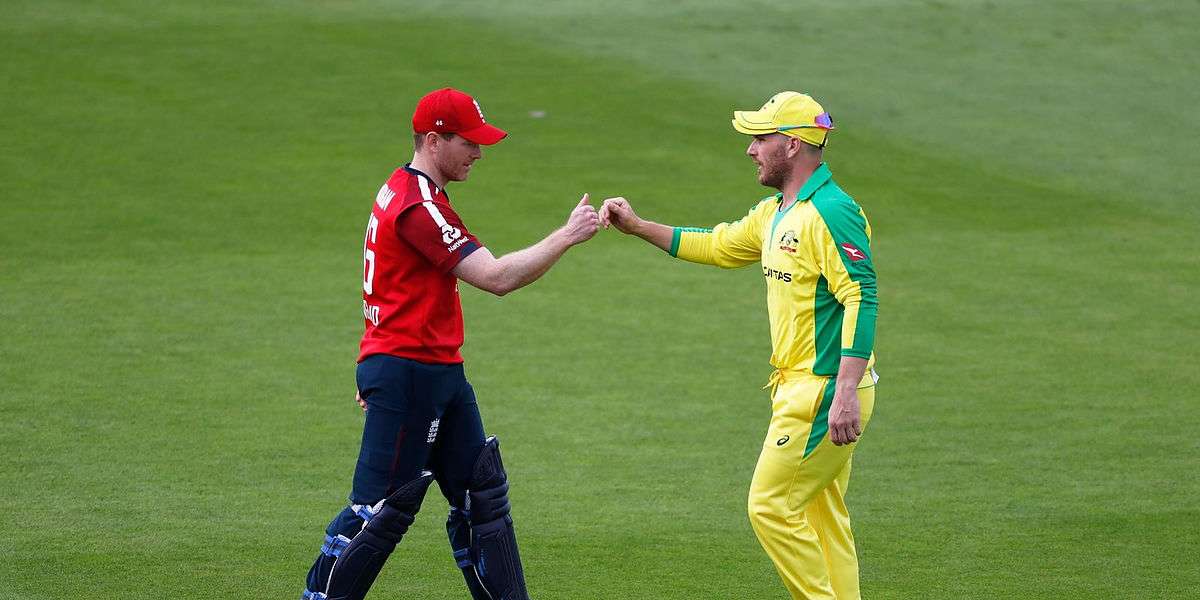 Australia look to brush off rustiness in dead rubber

England and Australia lock horns once again in the third and final T20 International (T20I) at The Ageas Bowl, Southampton on Tuesday (September 8). The hosts were at their clinical best in the previous game when they not just restricted Australia to 157, but chased it down with six wickets and seven deliveries to spare. Australia have not put their best foot forward in this series. They lost the first game due to an underwhelming performance in the middle and death overs, while the second T20I saw them lose the battle in the powerplay, when they were reduced to just 39 for 3.

However, the bowlers from both sides have collectively done an admirable job, while on the batting front, there have been just one or two standout performers and the entire team has ridden on the back of that to reach a respectable total. For England, it was Dawid Malan in the first match with 66 and Jos Buttler in the second game with an unbeaten 77. For Australia, however, David Warner hit 58 in the first T20I, while in the second game, skipper Aaron Finch and Marcus Stoinis scored 40 and 35 respectively.

Most teams are heavily dependent on their top three batsmen to go on to get a big score. Australia’s top-order (1 to 3) have been the best in T20Is since 2019, among Test playing nations, averaging 47.5 (Run-rate 8.5), well and truly ahead of England who stand at 34 (Run-rate 8.9). There is a drastic drop when it comes to the middle-order (4 to 7), where Australia’s average drops to 24.9 (Run-rate 7.8), while England are at 24.6 (Run-rate 9.1) – further indication that the likes of Marcus Stoinis, Tom Banton, Glenn Maxwell, Moeen Ali and other players in that position need to chip in with more runs.

Australia have been whitewashed twice in a three-match T20I bilateral series – against India in 2016 and most recently against Pakistan in 2018 – but never by England. They would certainly not want to make that a first this time around.

Regardless of the result, England have guaranteed themselves the No. 1 spot in the ICC T20I rankings, despite playing a depleted side, previously against Pakistan and playing without some key members like Joe Root, Ben Stokes and Jason Roy in this series, which goes on to show the immense depth that have at their disposal – so much so, that a full-fledged Australian team has failed to topple them.

Eoin Morgan dislocated one of his fingers while fielding and England might consider resting their skipper for this dead rubber as a precaution, especially with the 50-over matches being just around the corner. We might see Joe Denly take his place as a result. Morgan’s deputy Buttler, who stole the show with a brilliant knock in the second game will miss this game as he left the bio-secure bubble to be with his family. The wicketkeeper will join the team ahead of the One-Day International series (ODI) subject to a COVID-19 test. Jonny Bairstow is most likely to replace him behind the wickets with Sam Billings replacing Buttler in the XI.

Just like they did against Pakistan the duo of Bairstow and Tom Banton will mostly open the batting for England as a result.

The most successful fast bowler since the 2016 World T20 with 45 scalps, Chris Jordan is just three more wickets away from becoming the highest wicket-taker for England in the shortest format. Out of his 45 wickets, 25 have come at the death. He bowled a magnificent penultimate over in the first game, giving away just four runs to more or less assure England of a win.

As far as Australia are concerned, Marcus Stoinis who is someone who has been earmarked as the finisher in the team and he did well, scoring 35 from 26 in the second game to resurrect the innings, but failed to get the team over the line in the first, walking in when 34 was required off 28. The management has made it clear that the highest run-getter in BBL 2019-20 will be given plenty of chances to prove himself.

Adam Zampa has conceded at an economy rate of 11.87 from the two matches so far, picking up just one wicket. He has bowled at the death in both games so far, which is not surprising as his 19 wickets in T20s between overs 16 to 20 is the best since 2019 among spinners after Mujeeb Ur Rahman (23) and Rashid Khan (31). However, the gamble to use the leggie in those overs has certainly not paid off in this series. A look at Nathan Lyon perhaps for the final encounter?

Their fast bowling trio of Kane Richardson, Mithcell Starc and Pat Cummins have done well in the series so far and should ideally hang on to their spots, unless, Australia look to experiment with the series lost, giving someone like Daniel Sams or Riley Meredith or return to a more familiar face and give Andrew Tye an opportunity to tighten the screws at the death.

Though Australia seem a bit rusty, Mitchell Starc feels that that is no excuse for their underwhelming show in the series so far. "It's not an excuse but coming off five months without cricket doesn't help," Starc said.

"You can't really simulate international matches by having nets or a centre-wicket practice. And T20 cricket is such a short game - those little moments have really cost us in the long run. We've been a little bit off where we want to be and I think that comes from a little bit of game time.”

Australia may not have anything to play for in the third T20I, but a victory will give them belief and much-needed confidence ahead of the ODI series, that begins on September 11.

The weather is expected to hold up and we will once again have a full game to feast on. The series has made for good viewing so far and despite it being done and dusted, we can expect yet another cracker on Tuesday.