Australia primed to hit it for 'six'

Australia primed to hit it for 'six'

With the return of Steven Smith and David Warner, Australia are certainly a much stronger unit.

The Cricket World Cup has gone through 11 editions thus far. Australia has won five including three wins on the bounce, and been finalists on two other occasions – figures that argue a dominance arguably unmatched by any team in any sport.

And yet even as recently as a year ago, the defending champions looked in disarray – two key players serving out bans for cheating, their best bowlers battling injuries and/or loss of form… nothing seemed to be going right.

But Australia has this going for them – they’ve been there; they’ve won it five times out of 11; they know how to get it together, how to bring it to the world stage when it matters. They began getting their ducks in order earlier this year in two ODI bilaterals, first defeating India in India 3-2 after being down 2-0, then blanking out Pakistan 5-0 in the UAE. And most recently, Australia defended a below-par 297 against hosts and favourites England in a warm-up game.

When Aaron Finch took over the captaincy from the then disgraced Steve Smith, there were doubts about his ability to lead – doubts that became certainties when the team managed a win percentage of just 15 through 2018. Not any more, though – Finch in 2019 has led his team to nine wins out of 13. 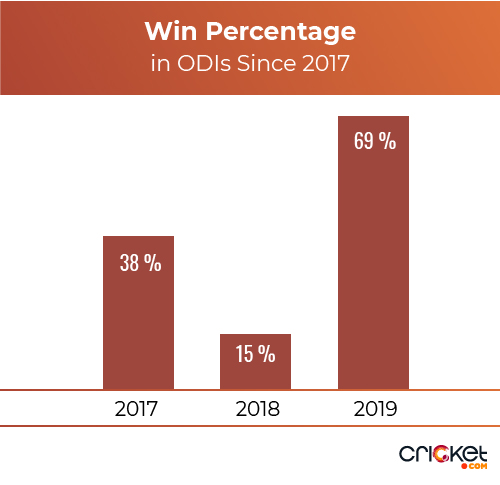 The focus, as the curtain rises on CWC 2019, is on Smith and David Warner, the two players who have returned after serving out a one-year ban. Smith was a key ingredient in his team’s 2015 Cup-winning combination, scoring 50-plus in every one of the knockout matches. Warner, not so much -- barring the 178 against Afghanistan, Warner had just two more 30-plus innings in the 2015 campaign.

In their absence, the likes of Shaun Marsh and Usman Khawaja played an instrumental role in resurrecting Australia in 2019. Khawaja is the leading run-getter in 2019, with 769 runs from 13 innings at 59.2, which include six fifties and a couple of hundreds. 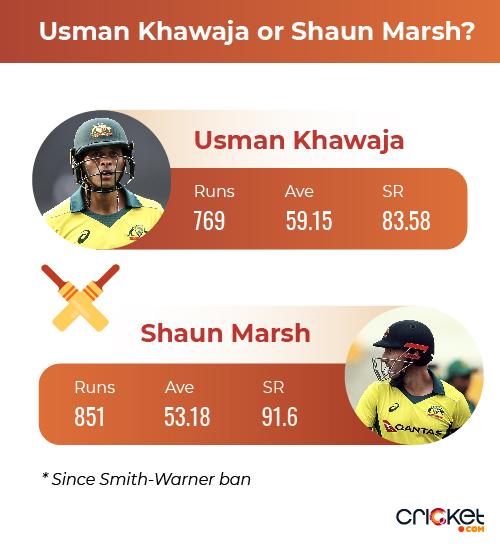 Net net, the ban on Smith and Warner had the unintended consequence of finding, and bringing to form, two other match-winners – so that with the return of the two truants, Australia now has an embarrassment of batting riches.

Though the opening partnership of Finch and Khawaja were primarily instrumental in Australia’s turnaround – in 11 innings together they put on three century partnerships and four stands in excess of 50 -- there is little doubt that Warner will walk into the XI and open alongside the captain. With Warner back, Khawaja will have to bat either one-down or at No. 5. Australia will also have to find a way of accommodating Shaun Marsh in the XI, given his form – the question is where, and how.

Another crucial player in the Australian set up team is Glenn Maxwell, who averages 41.6 in 2019 and, batting at six, is capable of producing match-turning knocks at the death – as testified by the fact that of all international batsmen who have scored a minimum of 2500 runs, he has the highest strike rate. 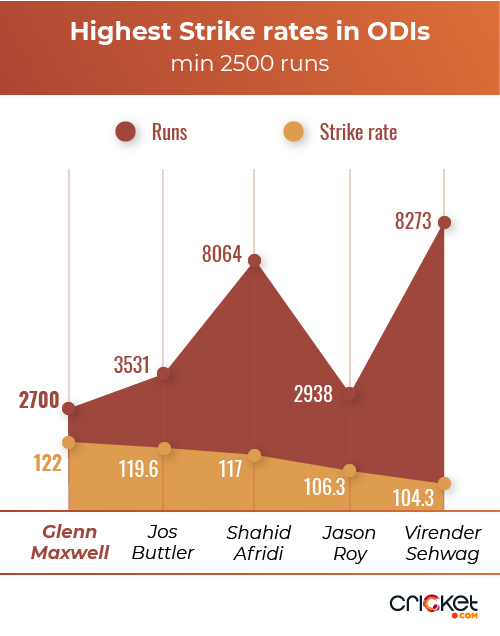 A further plus in Maxwell’s favour is that he is one of few international batsmen capable of taking on spin, even of the quality of Kuldeep Yadav, Yuzvendra Chahal, Shadab Khan, Imad Wasim and others. 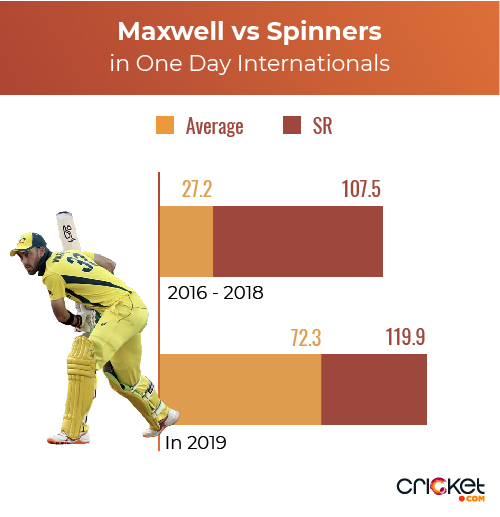 Australia’s pace attack is not lacking in teeth. With Mitchell Starc set to return and Pat Cummins in red hot form, they have an enviable spearhead. In the 2015 CWC, Starc picked up 22 wickets at an average of 10.1 and an economy rate of 3.5. However, Injuries have caused Starc to miss 41 off Australia’s 70 ODIs since 2016, including all 13 matches in 2019. His comeback will be key – he is the only Australian pacer in the squad who has more than 100 ODI wickets.Cummins, whose 82 ODI wickets is second only to Starc, has been on fire in all forms of the game, his pace and bounce troubling the best of batsmen across conditions. He is exceptional at the death, having picked up 20 wickets at 15.6 since 2017. 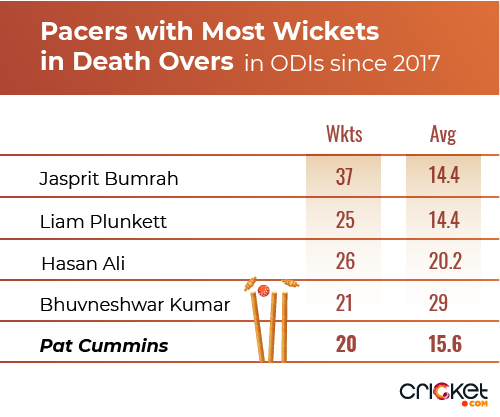 The rest of Australia’s bowling attack has a somewhat green look to it, which is why the form of the Starc-Cummins opening combination is crucial: If they hit their straps in harness, they will lift the rest; if even one misfires, the pressure transfers to a relatively inexperienced crop.

But to circle back to the beginning, the five-time Cup winners know how to step up for the big occasion. And, in the lead up, Australia showed both strength and depth when, in the inaugural warm up against England, they went in without Maxwell, Starc and Cummins, and still defeated England by 12 runs on the back of a Steve Smith century. Reaching the semi-final stage is a given and, injuries and acts of God aside, they will come into the Cup as one of the favourites to take the title. Again.