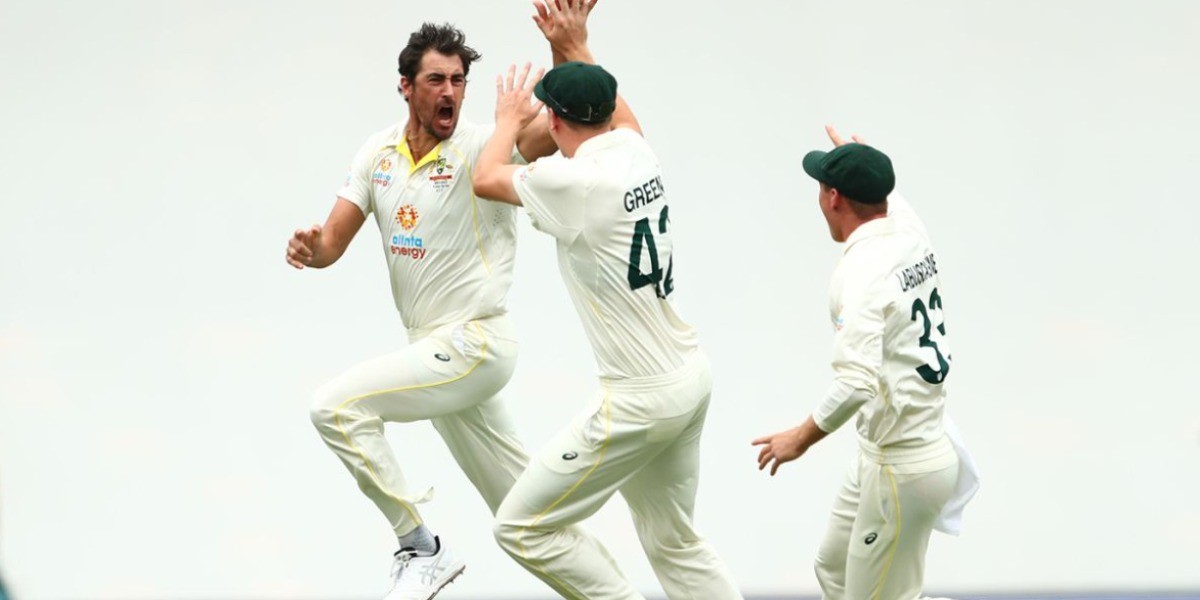 England earlier took their chances with the key wickets of Marnus Labuschagne (1) and Steve Smith (16), along with nightwatchman Nathan Lyon, before lunch

A dazed England lost four wickets in a hostile late spell to leave them at 31-4 -- still trailing Australia by 51 runs -- and fighting to save their Ashes hopes after day two of a gripping third Test. It came after the visitors -- who must win in Melbourne -- were rocked by four positive Covid cases in their camp, although no players were among them.

Australia had been all out for 267, earning an 82-run lead on England's first-innings 185 on an MCG pitch that was still offering plenty for the bowlers. Marcus Harris top-scored with a battling 76 against a dangerous English attack led by veteran Jimmy Anderson, who was at his fearsome best with 4-33 off 23 overs.

After heavy defeats in Brisbane and Adelaide, England must win to keep the five-Test series alive, with Australia only needing a draw to retain the urn as holders. But faced with surviving the final hour against a revved-up Mitchell Starc and Pat Cummins, England collapsed again.

Struggling opener Zak Crawley never looked comfortable and after dodging 15 balls he was caught by wicketkeeper Alex Carey for five off Starc. Dawid Malan came in but incredibly was out first ball to Starc lbw after an unsuccessful review, then Scott Boland ruined Haseeb Hameed's day on seven, with Carey gloving an edge.

Fired-up Boland bowled Jack Leach without scoring two balls to leave skipper Joe Root unbeaten on 12 and Ben Stokes on two -- and England in deep trouble. "On the bowling front I thought we did really well to stick at our task throughout the day... we created a lot of chances, put a lot of balls in the right areas and got our rewards," said Anderson.

"We knew that last 12 overs (batting) was going to be tough with the new ball," he added. "But even so, to lose four wickets was really disappointing. Starc and Cummins were outstanding."

England earlier took their chances with the key wickets of Marnus Labuschagne (1) and Steve Smith (16), along with nightwatchman Nathan Lyon, before lunch. Harris and Travis Head (27) surrendered in the second session before England mopped up the rest. Australia had resumed on 61 for one with the maligned Harris under pressure after a poor series so far.

But he hung on grimly as Australian wickets tumbled around him to repay the faith of coach Justin Langer by bringing up only his third 50 in 13 Tests, and his first in two years. He then fell to the brilliant Anderson, who enticed an edge that Root took at slip.

"Really good to spend some time in the middle, it's obviously been tough the first couple of games for myself. Our bowlers were brilliant," he added. "They have been all series and the last hour there ws unbelievable," said Harris.

Play began half an hour late after Covid drama in the England camp, with the team forced to undergo rapid antigen tests as they were about to leave for the MCG. All players came back negative, but two support staff and two family members tested positive and coronavirus hangs over the remainder of the series.

- England on the attack -

Despite the disruption, England took the early initiative on day two at the MCG. Lyon hit 10 for the hosts before prodding at a full-length Ollie Robinson delivery to Jos Buttler behind the stumps. Harris smacked an early boundary off Anderson but was cautious. He survived an lbw review decision on 36 and a difficult stumping on 63 before his luck finally ran out.

Labuschagne, the new number one Test batsman, had a rare failure, undone by the pace of Mark Wood, edging to Root on one in a massive moment for a resurgent England. Harris was joined by the usually reliable Smith, who made 16 before being bowled by Anderson to leave the match finely poised at that stage.

Head also succumbed to the safe hands of Root, off Robinson, then Leach trapped Cameron Green lbw for 17. Stokes removed Carey, also for 17, before late cameos from Cummins and Starc added valuable extra runs for Australia.