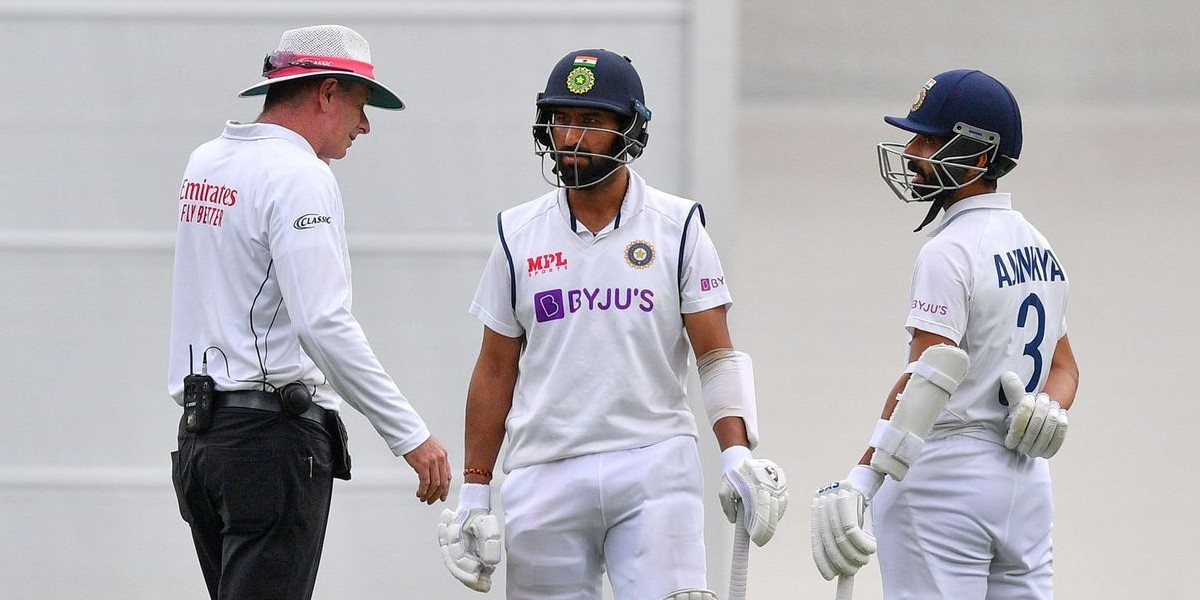 The second day of the third Test between Australia and India belonged to Steve Smith, Ravindra Jadeja and Shubman Gill.

Having scored just 10 runs in the last four innings, there were some question marks raised over Smith's form but the ace batsman shut all his critics up by crafting his 27th ton in Test cricket. Jadeja too had a point to prove, having been given only three overs on Day 1. The left-arm spinner scalped four wickets and produced a stunning run-out to show everyone why he is one of the best allrounders in world cricket. Then there was Gill who scored an eye-pleasing fifty and left everyone in awe.

Australia were in a commanding position at the start of Day 2, with Smith and Marnus Labuschagne (91) putting on 100 runs for the third wicket. The home side however lost the plot once Labuschagne departed and lost their last seven wickets for 106 runs. Australia were bowled out for 338 in 105.4 overs but they wouldn't even have managed to touch the 300-run mark if not for Smith's classy 131. In reply, Rohit Sharma and Gill got India off to a solid start before the Australian bowlers pulled things back in the last hour and a half. India are 96/2 in 45 overs, still trailing by 242, with Cheteshwar Pujara and Ajinkya Rahane unbeaten on 9 and 5 respectively.

SMITH ROARS BACK TO FORM, JADEJA MAKES A STATEMENT

Coming into this match on the back of four single-digit scores (1, 1*, 0 and 8), Smith made his intentions pretty clear on the opening day of the third Test. The batting maestro set the ball rolling with a brilliant cover drive, but Jasprit Bumrah and Mohammed Siraj tried to put pressure on Smith and Labuschagne by stopping the flow of runs. The two pacers bowled with a leg-side heavy field and waited for the two batsmen to make mistakes. The surface was slightly quicker than what it was yesterday but it was still very good for batting. There were a couple of deliveries that bounced a bit more than they would have expected but Smith and Labuschagne did well to see off Bumrah's first spell.

Unlike yesterday, Indian skipper Rahane didn't wait too long to introduce Jadeja into the attack and the left-arm spinner bowled with good discipline at the start but didn't look threatening. Labuschagne batted with a lot more intent and didn't give a single chance to the visiting side to get on top of him. The crafty right-hander used the depth of the crease against Jadeja and slammed him for two boundaries through cover-point to move into the 90s. However, just when Labuschagne was starting to get a move on, Jadeja struck a crucial blow. Labuschagne tried to punch the left-arm spinner through the off-side but ended up edging it to Rahane at first slip.

Labuschagne missed out on a well-deserved century but Smith got to his first fifty of the series in the very next over. Coming in at No. 5, Matthew Wade was willing to take on Jadeja and R Ashwin from the word go. The left-hander kept sweeping Jadeja, with Hanuma Vihari being in the firing line at forward short leg. Wade did manage a couple of boundaries but in his quest to be aggressive, the 33-year-old ended up throwing his wicket away. Wade scored 13 before top-edging one to Bumrah at mid-on, almost similar to how he got out to Ashwin in the second Test.

Smith was looking unconquerable and India straightaway took the new ball. The visiting side needed one more wicket before the end of the first session and they got that from Bumrah who has been impeccable throughout the series. Bumrah and Siraj kept testing Cameron Green with the new ball and it was the senior paceman who pinned the allrounder right in front of the stumps with a superb nipbacker, after bowling a few outswingers. Green faced 21 deliveries but couldn't open his account. India made full use of the new ball, with Siraj keeping one end tight and Bumrah picking up wickets from the other. The ace paceman moved the ball both ways and cleaned up Tim Paine for just 1. Meanwhile, Pat Cummins' poor form with the bat continued as he was knocked over by Jadeja for a duck.

Smith moved into the 90s with a solid back-foot punch off Bumrah and then whipped Navdeep Saini for another boundary to inch closer to his century. The 31-year-old didn't get much strike in the next three overs but he held his nerves and tucked one toward backward square leg to bring up his century. Having not scored a single hundred in his last 14 innings, Smith was animated with his celebration once he got to the landmark. Meanwhile, Mitchell Starc smashed an entertaining yet handy cameo of 24 to take some pressure off Smith. Starc took the attack to debutant Saini before eventually falling to him.

Jadeja was preferred over Ashwin throughout the second day and the left-arm spinner kept chipping away with wickets. Smith had no other option but to start throwing hands at everything and that's exactly what he did. Smith played a couple of adventurous shots before he was undone by Jadeja's brilliance on the field. Smith was getting the better of Bumrah but tried to take on Jadeja's arm and the gun fielder was having none of it. Jadeja got the direct hit from deep square leg and brought an end to what was an outstanding innings.

The surface was still good for batting and the pressure was on the Indian openers to survive a tricky phase of nine overs before tea. But, the newly-formed opening combination of Rohit and Gill managed to see off Starc and Josh Hazlewood and also played a couple of authoritative shots. While Gill opened his account with a solid straight drive, Rohit punched Hazlewood through backward point to get his first boundary. Gill, who forced everyone to sit up and take notice in Melbourne, didn't shy away from playing his shots and slammed Starc for two fours in an over to force him out of the attack.

The battle between Rohit and Nathan Lyon was always going to be intriguing and after playing out a maiden, the right-hander from Mumbai launched an attack on the offspinner, smashing him for a six and a four in one over. Meanwhile, Gill had to take care of Cummins who tested him by constantly bowling outside off but the young opener played him out with utmost confidence. The top-ranked Test bowler bowled seven overs in his first spell and it was Gill who faced all the 42 deliveries. The right-hander was sedate with his approach but played a couple of phenomenal shots through the off-side to bring up the 50-run partnership.

Gill and Rohit, who is playing his first match of the tour, weren't able to rotate the strike, with the former facing only one of Lyon's first 36 deliveries. The offspinner managed to build a bit of pressure on Rohit but Gill managed to get a crucial single off Hazlewood and got himself on strike against Lyon. Gill greeted him with a well-timed cover drive but just when everything was going in India's favour, Rohit chipped one straight to Hazlewood who took a sharp catch off his own bowling. Rohit, who scored 26 off 77 deliveries, looked solid during his stay in the middle and put one 70 runs for the opening wicket - India's highest in SENA countries since December 2010.

Gill however carried on for a while and became the fourth-youngest Indian opener to score a 50 or more outside Asia. The stylish right-hander from Punjab was solid with his footwork and didn't allow Lyon to dictate terms. Gill looked set for a big one but Cummins kept running in and finally managed to get the better of his Kolkata Knight Riders teammate. The paceman got the ball to move away a bit and managed to induce an outside edge, with Green pulling off a stunning grab at gully. Gill crafted eight fours in his 101-ball 50 but his departure left the game evenly poised.

The onus was on Pujara and Rahane to see off the remaining overs and the Australian bowlers were on the top of their game. There were a couple of very close calls but Pujara and Rahane somehow managed to survive it. The two were defensive with their approach but the visiting side would be happy that they didn't lose any more wicket. Pujara was beaten a few times, while Rahane survived a close lbw call. There was hardly any runs scored in the last hour as the two batsmen were more than happy to play out time.

Pujara and Rahane however will have to convert this into a big partnership as the surface is only going to get difficult. There's already a spot around the good length area that is offering awkward bounce and the Australian bowlers are going to target that. The visiting side would need a big first-innings lead because batting in the fourth innings is going to be extremely difficult.