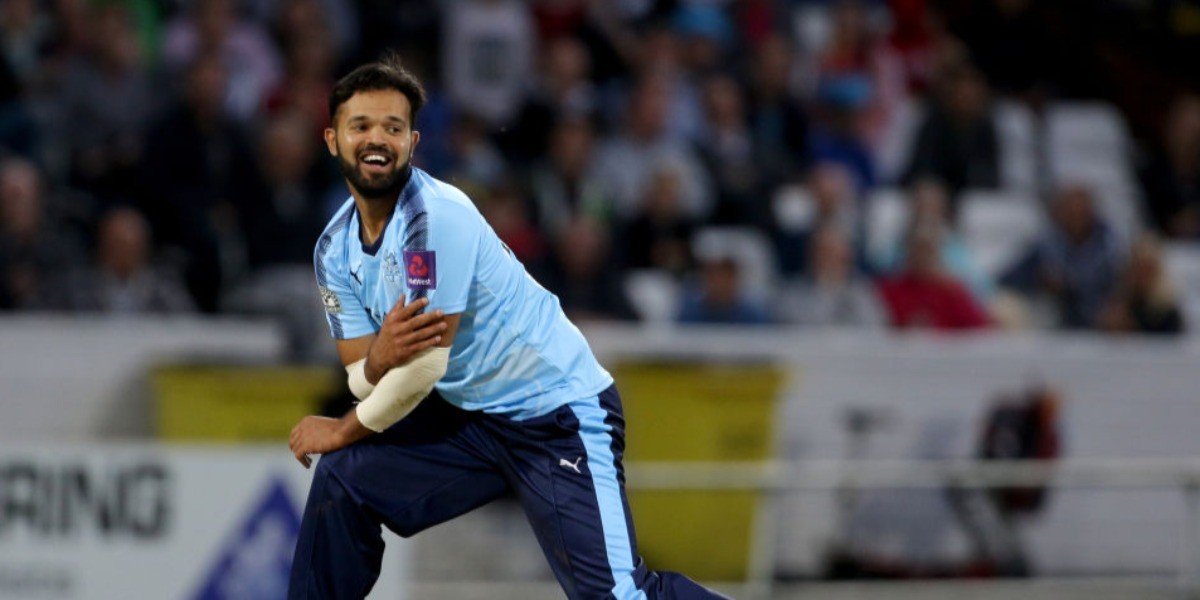 Azeem Rafiq, a former English cricketer who this week said he had lost his career to racism, admitted Thursday he had sent anti-Semitic messages as a teenager.

The Times newspaper uncovered messages sent to former Warwickshire and Leicestershire player Ateeq Javid, in which Rafiq is seen to make disparaging comments about an unnamed Jewish person.

Rafiq, tweeting about those remarks on Thursday, said: "I have gone back to check my account and it is me -- I have absolutely no excuses.

"I am ashamed of this exchange and have now deleted it so as not to cause further offence," the 30-year-old Pakistan-born cricketer added.

"I was 19 at the time and I hope and believe I am a different person today. I am incredibly angry at myself and I apologise to the Jewish community and everyone who is rightly offended by this."

Rafiq, a Muslim, was widely praised for giving a disturbing account of the racism he suffered during two spells with Yorkshire to a parliamentary committee on Tuesday having previously said the abuse had led him to contemplate taking his own life.

The former off-spinner, whose case has led to further revelations at other county clubs, later said he expected the "floodgates" to open in a crisis that threatens to engulf English cricket.

Rafiq told the committee: "Do I believe I lost my career to racism? Yes, I do."

He also mentioned a number of former teammates, including ex-England internationals Matthew Hoggard, Tim Bresnan and Gary Ballance, the latter still at Yorkshire, had used racial slurs towards him.

The fallout for Yorkshire over the scandal has been devastating, with sponsors making a mass exodus, resignations from top administrators and the club suspended from hosting lucrative international matches.

But Rafiq warned that the county could not move forward until head coach Andrew Gale and director of cricket Martyn Moxon had left the Headingley-based club.

Gale is himself currently suspended pending investigations over a historical anti-Semitic tweet, with former England batsman Moxon signed off with a stress-related illness.