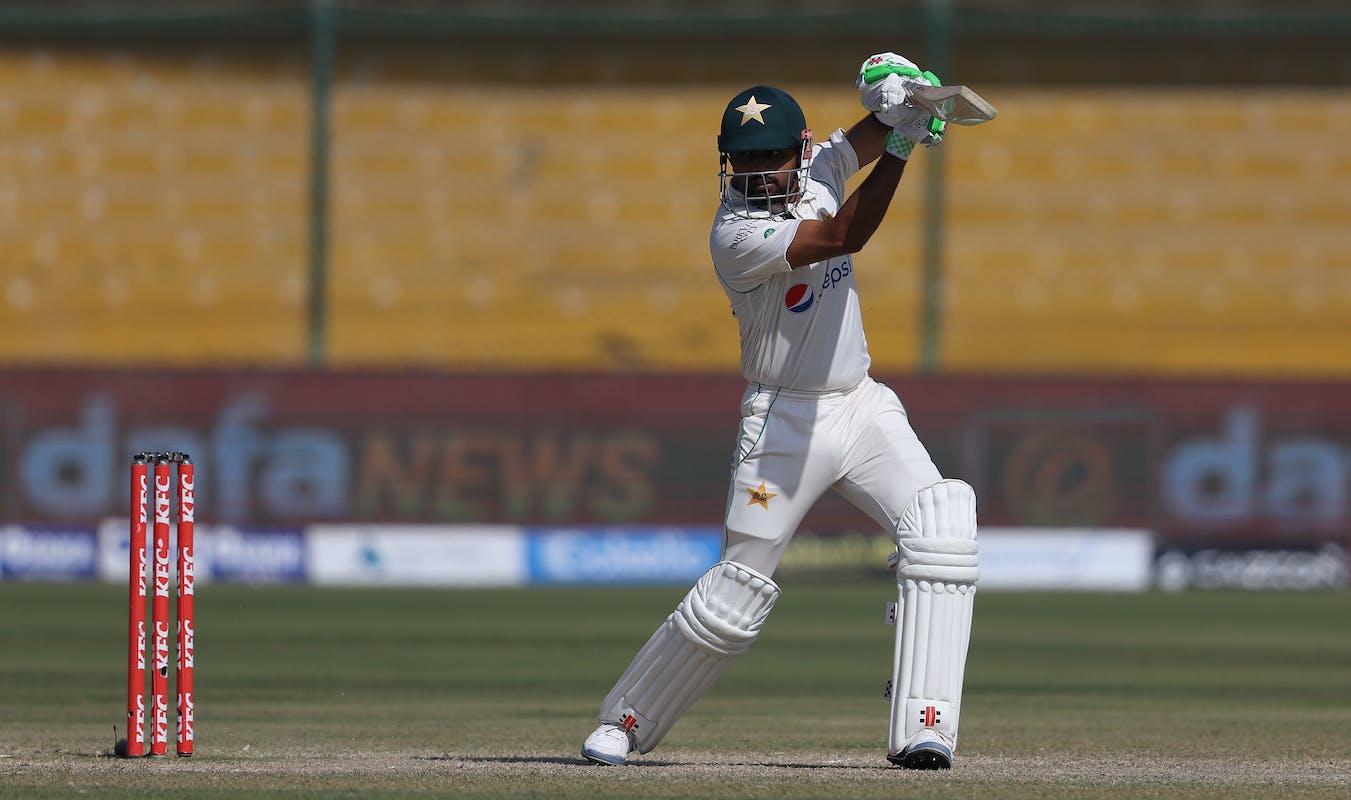 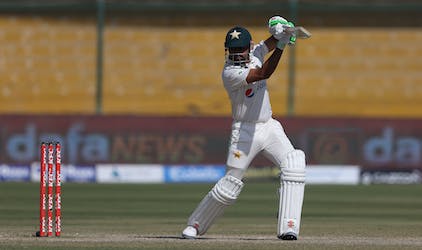 Despite New Zealand spinners' early efforts which fetched four quick wickets, the experienced duo wrested the back the control

Babar Azam knocked a fighting hundred and the recalled Sarfaraz Ahmed hit a half century to guide Pakistan to a healthy 317/5 on the opening day of the first Test against New Zealand in Karachi on Monday.

The pair led Pakistan's recovery from 110/4 with a 196-run fifth wicket stand, as the home team lost only Sarfaraz's wicket in the last two sessions.

New Zealand spinners had taken three early wickets on a spin-assisting National Stadium pitch and one before lunch but had to wait until the closing moments when Ajaz Patel got Sarfaraz caught in the slip for 86.

At close, Azam was unbeaten on 161 and Agha Salman three as the home team looked to lift from last week's 3-0 loss at the hands of England, their first ever whitewash at home.

The Pakistan skipper swept spinner Michael Bracewell for a six towards mid-wicket to reach his ninth Test century. He has also hit 16 boundaries. Sarfaraz, playing his first Test since January 2019, cracked nine boundaries in his 256-minute knock.

New Zealand will be ruing letting Azam off the hook when he was on just 12, after Daryl Mitchell spilled a regulation catch at slip off Bracewell. The tourists also failed to run out Azam on 54 when Devon Conway missed the stumps with the Pakistan skipper well short of his crease.

New Zealand's spinners dominated the first session, with Bracewell dismissing Shan Masood for three and Imam-ul-Haq for 24, while Patel took the early wicket of Abdullah Shafique for seven.

In the penultimate over before lunch, fast bowler Tim Southee dismissed Saud Shakeel for 22 to complete a successful session for the tourists, playing their first Test series in Pakistan since 2002.

New Zealand's decision to play with three spinners appeared justified, as the National Stadium pitch took turn right from the start. Patel came on to bowl in just the fourth over of the innings.

Pakistan brought Sarfaraz, Mir Hamza and Imam to the side -- with wicketkeeper Mohammad Rizwan dropped after playing 26 consecutive Tests.