Backed Hardik, Pollard to get the job done in Super Over, says Jayawardene 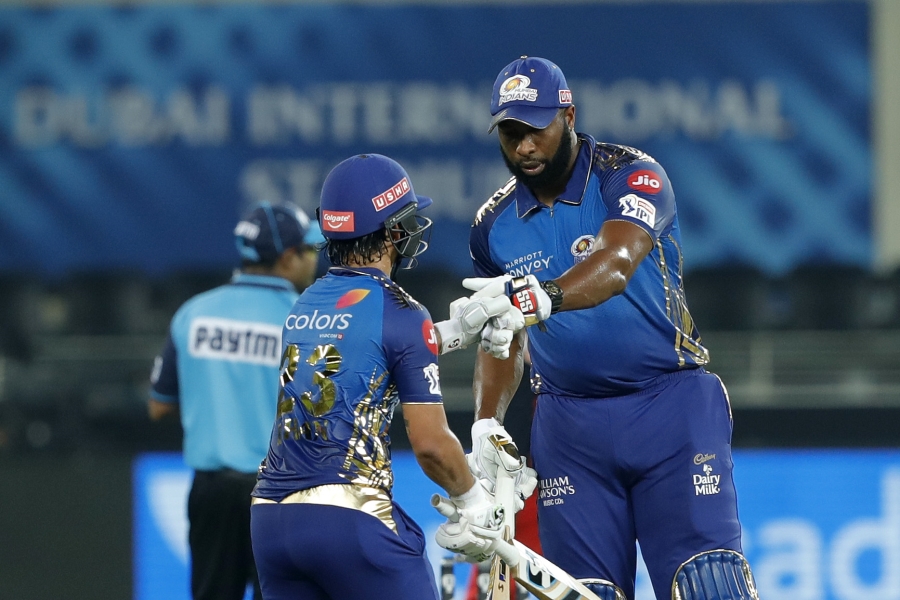 Backed Hardik, Pollard to get the job done in Super Over, says Jayawardene

Mumbai Indians' decision to not send Ishan Kishan, who was striking the ball hard and clean, to bat in the Super Over surprised many but their head coach Mahela Jayawardane defended the tactic saying they had faith in their experienced players to do the job. It was wicketkeeper-batsman Ishan Kishan, who with his blistering knock of 99 runs brought Mumbai Indians back in a stiff 202-run chase along with Kieron Pollard (60).

However, the match had to be decided via Super Over, where the defending champions opted to send Hardik Pandya with Pollard. The strategy backfired as all they could manage was only seven runs off Navdeep Saini and lost the match to Royal Challengers Bangalore. Jayawardene said, Kishan felt tired after giving his all during the contest.

"If anyone could see, he (Kishan) was very tired at that moment and we were thinking that we probably need a couple of fresh guys who can go and hit the ball," the Sri Lankan said at the post-match press conference.

"It is quite easy to say in hindsight this and that, but Polly (Pollard) and Hardik had done the job in the past in those Super Overs, two experienced guys who are capable of doing that.

"So you take a chance on these calls and it could have gone either way. If we had 10-12 runs anything could have happened," explained the coach.

Jayawardane had to admit that seven runs were too small to defend even for a bowler of the calibre of Jasprit Bumrah. "In the Super Over, we had three dots, so that's a killer for you because we lost a wicket and then we had a couple of more dots. "We needed to make sure that we played some smart shots, get that early boundary away, which we couldn't, we had one, but a couple of boundaries would have been really handy especially when Booms (Bumrah) comes to bowl."

"AB (De Villiers) and Booms is a great tussle, they went at each other, a bit of a boxing game, but we probably didn't have enough runs for Booms to defend but we were still very close," added the Sri Lankan batting great.

Jayawardene said when they lost wickets early, the message for Kishan was to take the game deep. "During the middle period we just wanted to make sure that he bats through the innings. We knew that he could put their bowling under pressure, so the message for him was to take it deep, because we had lost a few wickets, so he did that brilliantly and took his chance, played some really good shots.

"It was a brilliant partnership between him and Polly and (they) almost got us home," the head coach said. 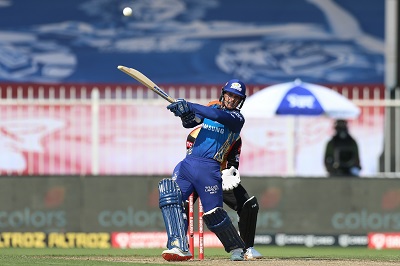