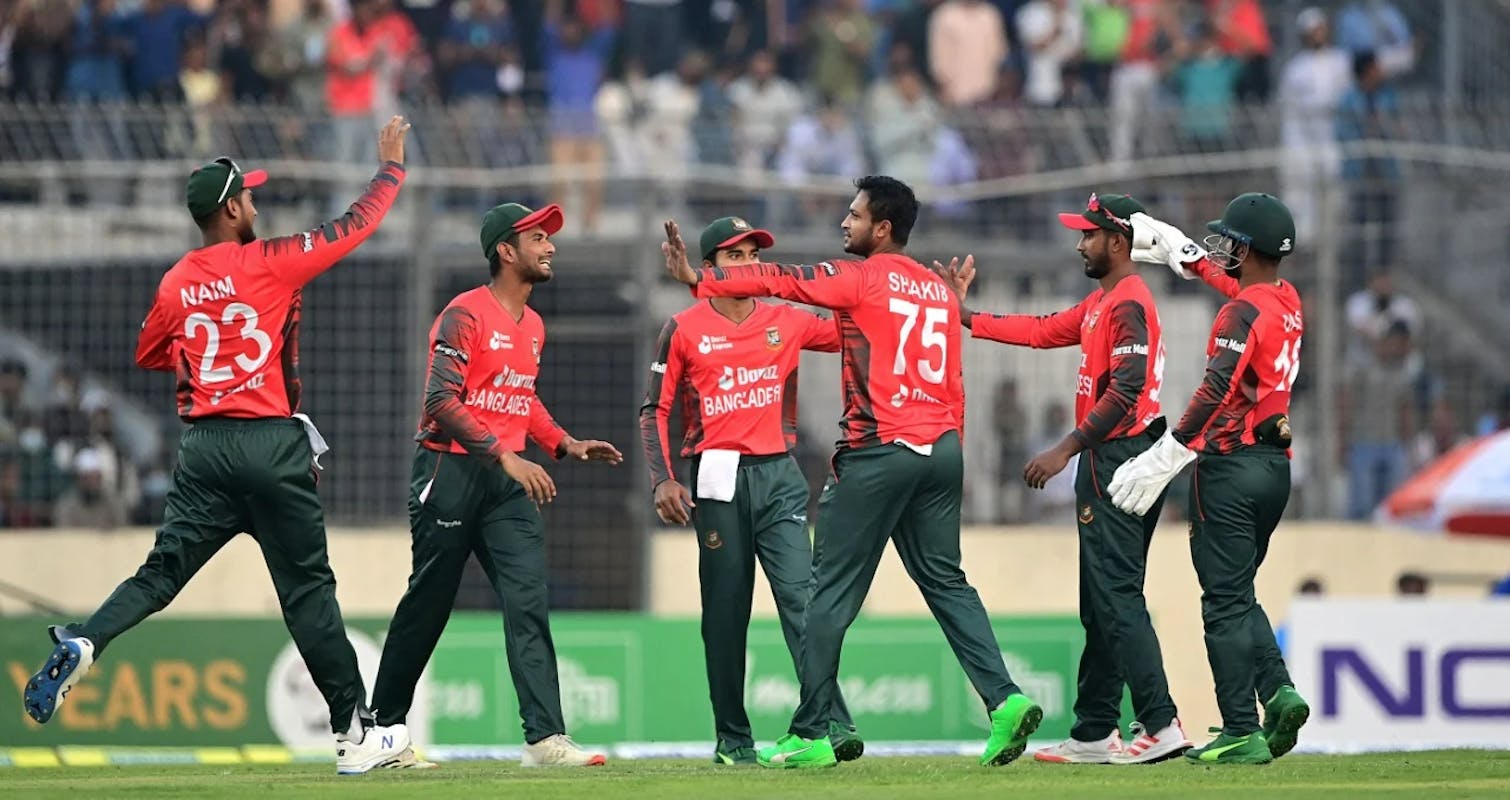 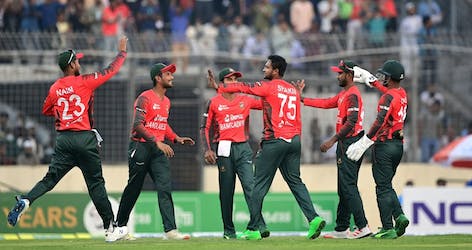 Afghanistan looked invincible against Sri Lanka on the first night of the 2022 Asia Cup. They didn’t just beat them, they annihilated them. Mohammad Nabi and Co. were merciless and it’s because of that ruthlessness they have all but confirmed their spot in the Super-Four stage.

Afghanistan bundled out Dasun Shanaka and his men for just 105 runs and then chased down the target with 59 deliveries to spare. Thanks to that massive win, they now have a net run-rate of +5.176. Afghanistan didn’t try to play safe, but instead were bold and aggressive from the word go, something Bangladesh don't do in this format.

The Tigers have won only 13 of their last 35 T20Is and have a winning percentage of just 38.2 since 2021, which is the second-worst amongst top-10 ranked teams. Bangladesh’s record against Afghanistan (three wins in eight T20Is) is not great either and their new T20I skipper Shakib Al Hasan will have to find a way to uplift his team if they want to compete in the Asia Cup and the T20 World Cup in Australia later this year.

Too slow for T20Is

"I would call it a disgrace. When we needed 10 or 12 runs an over, we were getting six or seven every over. Nobody even tried to hit a six. Everyone was playing for ones and twos. What was that? They batted like trying to protect their place, make enough runs so that they don’t lose their place," said Bangladesh team director Khaled Mahmud after losing to Zimbabwe earlier this month.

Mahmud might sound harsh but he is not wrong. One of the biggest reasons why Bangladesh have been horrible in the shortest format of the game is because of their conservative approach. Amongst top-10 ranked T20I sides, Bangladesh have the worst scoring rate (6.9), average (18.4) and balls/wicket (16) since 2021. Their balls/boundary of 8.7 is also the worst. In fact, they have been bad across all three phases.

Bangladesh don’t have a single batter with a strike rate of above 120 in T20Is since 2021 (minimum 100 runs). Their surfaces at home are very slow and spin-friendly and that doesn’t allow them to prepare themselves for away series. Litton Das is someone who could take the attack to any opposition but the 27-year-old is not available due to a hamstring injury, and in his absence, the likes of Shakib, Sabbir Rahman, Mushfiqur Rahim and Mahmudullah will have to step up their game.

Mushfiqur has only played one T20I this year and there have been talks about him opening the innings. The wicketkeeper-batter, however, has a strike rate of below 100 against spin and Afghanistan could easily keep him quiet. Sabbir Rahman hasn’t played a T20I since September 2019, but all eyes will be on skipper Shakib. The 35-year-old’s love-hate relationship with the Bangladesh Cricket Board is well documented but the ace allrounder will have to leave all that behind and lead from the front if he wants to change his team’s fortunes in this format. When Hazratullah Zazai and Rahmanullah Gurbaz walked out to bat against Sri Lanka, they could have easily taken their time to settle in and finish the job in 15-16 overs, but such wasn’t the case. The two openers went berserk from the very first over and smoked 83 runs in six overs before Gurbaz was dismissed by Wanindu Hasaranga. Both Zazai and Gurbaz are fierce strikers of the ball and are the key reason why Afghanistan (8.1) have the fourth-best scoring rate in the powerplay.

Gurbaz averages just above 25 in T20Is but his role is to wreak havoc in the powerplay. The wicketkeeper-batter slammed 40 off 18 deliveries against Sri Lanka and made Zazai look like an anchor. Meanwhile, the latter has an average of 34.57 and a strike rate of 134.4 in 2022 and Afghanistan would want him to carry forward his form. Meanwhile, the likes of Najibullah Zadran, Mohammad Nabi and Rashid Khan are also superb finishers and their presence down the order is what makes Afghanistan a dangerous T20I unit.

Afghanistan are not all about spin

The surface at the Sharjah Cricket Stadium is known to assist spinners and it’s not going to be easy for Bangladesh batters to tackle the spin troika of Rashid, Mujeeb and Nabi. These three are world-class spinners but Bangladesh will also have to be wary of Fazalhaq Farooqi. The left-arm seamer can swing the new ball and then bowl those cutters at the end, making him a complete T20 fast bowler. He claimed 3-11 against Sri Lanka and was named Player of the Match. He has only featured in 10 T20Is but has picked up 15 wickets at a strike rate of 15.