Bangladesh posts 302-2 on the first day against Sri Lanka 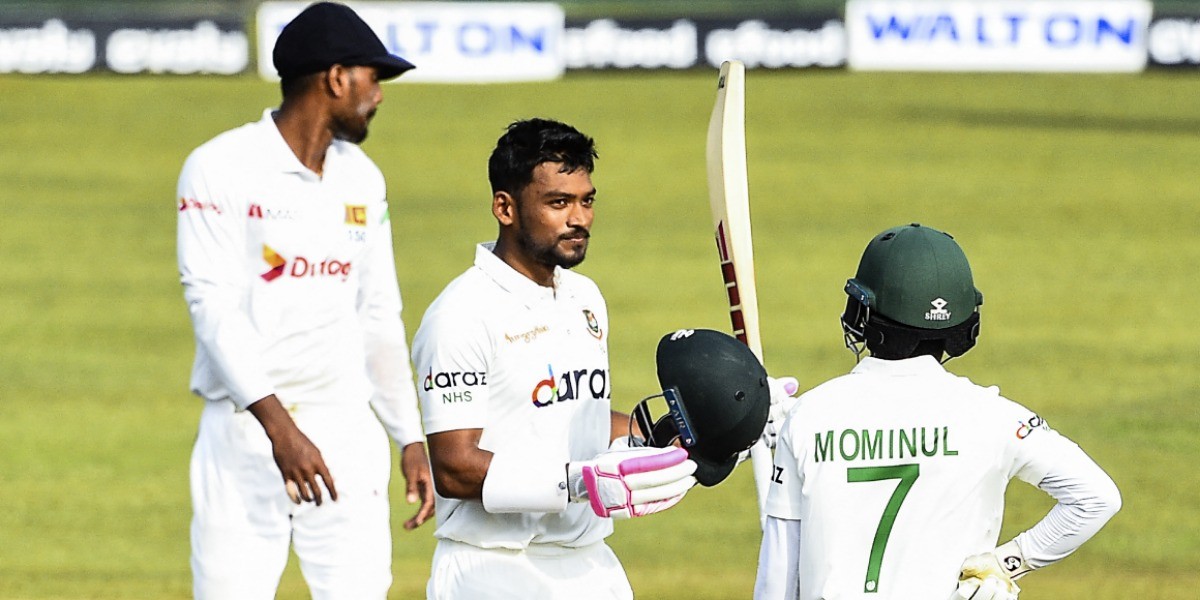 Bangladesh posts 302-2 on the first day against Sri Lanka

Bangladesh batsman Najmul Shanto posted his first Test hundred and helped his team reach 302-2 at stumps on the first day of the first test against Sri Lanka.

Shanto finished the day unbeaten at 126 after Bangladesh won the toss and elected to bat first at Pallekele International Stadium. He and captain Mominul Haque (64) put on an unbroken 150-run partnership for the third wicket.

Shanto, who came into the game under pressure after a string of low scores in the home series against the West Indies, was dropped on 28 by Sri Lanka wicketkeeper Niroshan Dickwella.

He made the most of the reprieve by batting through the day after coming into the match in the third over. During his six-hour knock, Shanto faced 288 deliveries and hit 14 fours and one six.

"I just wanted to watch and be patient," Shanto said. "If the ball was in my strength areas, I wanted to play my shots. Wasn't thinking of doing nothing, just doing the basics right."

The 22-year-old Shanto represented his country in two ICC Under-19 World Cups and posted his maiden first-class hundred at the age of 17. Tamim Iqbal gave Bangladesh the early advantage as he attacked from the start without letting Sri Lanka's seamers settle in.

He hit 90 off 101 balls but got out by pushing one to slips to give Vishwa Fernando his second wicket in the innings. Fernando was the only successful bowler for Sri Lanka on Day 1. Tamim was picking up boundaries at will, finding the gaps easily as Sri Lanka quickly went into a defensive mindset spreading the field.

After Tamim's dismissal, Mominul was patient and made the most of the loose balls. Although Suranga Lakmal did not take a wicket, he was the most impressive among the Sri Lankan bowlers. Lahiru Kumara was the quickest of the four seamers but was wayward and didn't pose much of a threat.

Sri Lanka took the second new ball after the 80th over but the seamers failed to break the stand. "There was a tiny bit of moisture in the morning. I don't think we hit our lengths as well as we could have," Sri Lanka batting coach Grant Flower said.

"If we can get them out under 500, we have done well. However, two quick wickets early in the morning may help us."