Sri Lanka have won all their WC matches against the Tigers

A sub-continental derby gets underway as Bangladesh and Sri Lanka lock horns, on Tuesday, June 11 at the County Ground, Bristol to stay in race for the last four.

Since the 2015 World Cup, the two teams have gone in polar opposite directions. Bangladesh has measurably improved, while the Islanders have dipped in equally measurable fashion.

Bangladesh has played three matches so far in the tournament, and have given enough indication that they cannot be taken lightly. They had a dream start with a 21-run win over the Proteas, and almost pulled off a thriller against New Zealand before being outplayed by hosts England.

Sri Lanka usually punches above its weight in global tournaments, but the team form coming into this edition did not raise much hopes -- in 2019, Sri Lanka has a win percentage of 18, the lowest amongst all CWC 2019 nations. They had a torrid start to the tournament, losing to the Kiwis by 10 wickets, and almost going under to Afghanistan before their pacers helped them register a nervy win.

Where is Sri Lanka lagging?

The lack of a settled opening pair means that the Lankan innings invariably starts off with a handicap. Since 2018, Sri Lanka’s average partnership runs for the 1st wicket is 31, just above Afghanistan (29).

This transfers pressure to a suspect middle order, leading to situations where the Lankans invariably lose half their side within the 30th over. In 2019, their middle order averages 23, the lowest among all CWC 2019 nations. Adding insult to injury, they score at a meagre 4.81 RPO in the middle overs.

A related stat worth considering: Since 2018, the Lankans get bowled out within 50 overs once every 1.8 innings.

Soumya Sarkar and Tamim Iqbal have given decent starts in the early overs and negating any early movement. Whenever they have stitched a 50+ partnership, Bangladesh has won 80% of their matches. An instance: In their opening game against South Africa on 2nd June, they added 61 runs for the first wicket and Bangladesh won by 21 runs.

It sets a perfect platform for their middle order, the core of their batting. In this World Cup, the middle order has scored 40% of the total runs. The catalyst behind this has been the promotion of Shakib- Al -Hasan to the No 3 spot. Since this move, Shakib has he averaged over 50 and is currently leading the run getters chart. In his three innings in CWC 2019 he has scored 260 runs, which includes 121 against England in a losing cause.

Sri Lanka lost half the side to spin in their last encounter against Afghanistan, losing six wickets in eight overs to Rashid Khan and Mohammad Nabi after being in a strong position at 92/1 in 14 overs. This becomes relevant because Bangladesh too has a formidable spin attack, with Shakib leading the pack.

However, his record against Sri Lanka has not been impressive -- Shakib has a bowling average of 56 against the Lankans, which increases to 127 in ICC tournaments.

Their other finger spinner, Mehidy Hasan, however has a terrific record against this opposition. In 13 matches, he has taken a Sri Lankan wicket every 17 balls. With three left handers in the top four, Captain Mashrafe Mortaza will be tempted to bring Mehidy early into the attack. 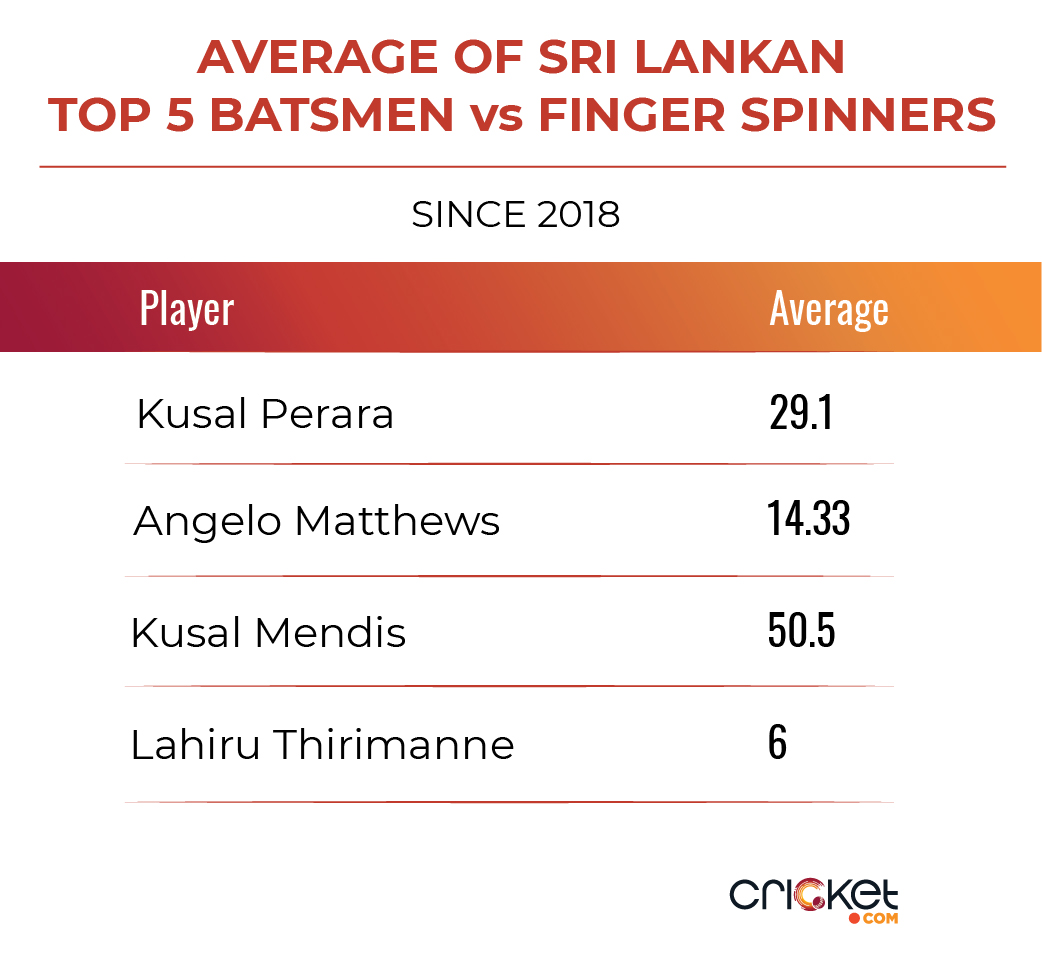 Bangladesh’s main concern will be their under-performing pacers. In 2019, Bangladesh pacers take a wicket once every 118 balls in the first ten overs, the worst amongst all teams.

Mashrafe Mortaza’s dip in form has been the main reason for blunting the efficacy of the pace pack. Since 2015, he has been not posed any threat in the opening or middle overs. His record is SENA (South Africa, England, New Zealand, and Australia) countries is terrible – he averages 111 in SENA countries compared to 33.7 in other nations. Therefore, if Bangladesh has to go a long way in this tournament, the skipper needs to lead with the ball.

Sri Lanka’s only positive leading to this game is the form of the pace battery, in which Malinga forms a vital cog. Since 2018, Malinga has taken 24 wickets with a bowling average of 30.7, the best among Lankan bowlers.

Since Sri Lanka don’t have quality spinners to operate in the middle overs, their pacers have to fill the void, and Thisera Perara is a big part of this plan. Since 2018 he has taken 20 wickets between overs 11-40, with an average of 28.6 and economy rate of 5.3 runs per over.

Their main worry will be the death overs, where they leak 8.43 RPO, the worst among all teams. Since his return in 2017 Lasith Malinga, the death over specialist, has an economy rate of 7.82 between overs 41-50, which is far from optimum.

The Lankans have an endless list of problems to solve. Although Sri Lanka have a psychological advantage over Bangladesh, having defeated them in all encounters in past World Cups, yet it is Bangladesh that looks the more likely winner this time.

Sri Lanka: Nuwan Pradeep is doubtful for tomorrow’s game so he may be replaced by Jeevan Mendis.

Bangladesh: They are expected to go with the same side that played against England

ANALYSIS
Few boxes ticked, plenty remain
After getting off in the World Cup, both Sri Lanka and Pakistan look to gather momentum.