Bangladesh stays in control of 1st test vs West Indies 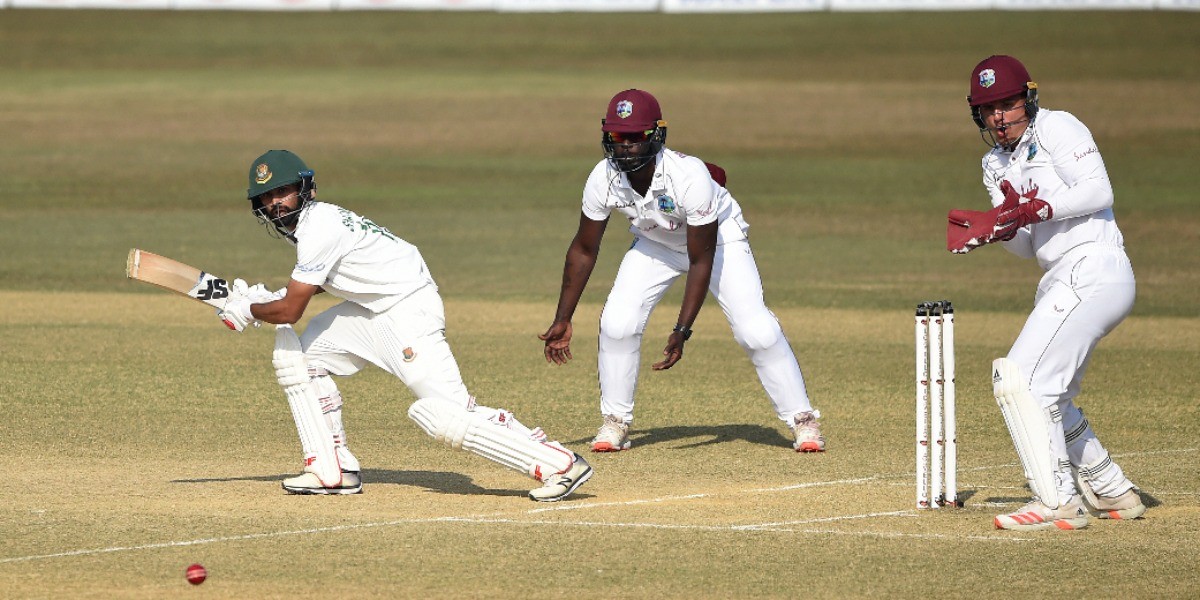 Bangladesh stays in control of 1st test vs West Indies

West Indies were bowled out for 259 in its first innings in reply to Bangladesh's 430, giving the hosts a 171-run lead

Mehidy Hasan followed up his first test century with 4-58 as Bangladesh stayed in control of the first test against West Indies on Friday (February 5).

Bangladesh reached 47-3 in its second innings at stumps on day 3, stretching its lead to 218 on an increasingly deteriorating pitch.

Captain Mominul Haque (31) and Mushfiqur Rahim (10) are at the crease.

West Indies were bowled out for 259 in its first innings in reply to Bangladesh's 430, giving the hosts a 171-run lead.

Skipper Kraigg Brathwaite led the charge with 76 after West Indies resumed on 75-2.

Nayeem Hasan (2-54) ended the stand, removing Brathwaite who was unable to judge a delivery that spun sharply to rattle his stumps. Brathwaite's innings included 12 boundaries.

Offspinner Mehidy, who scored 103 in the first innings, claimed Mayers for 40 to take the first of his four wickets.

Mehidy's excellent bowling, with support from Nayeem and Taijul, covered up the absence of Shakib Al Hasan due to a fresh thigh injury. Shakib was playing this test after recovering from a groin injury.

At 154-5, West Indies was in trouble but Jermaine Blackwood (68) and wicketkeeper Joshua Da Silva ( 42) shared 99 runs for the sixth wicket.

West Indies collapsed after losing those two batsmen in the space of four balls.

Nayeem dismissed Da Silva with a delivery that kept low and Mehidy brought an end to Blackwood's stubborn knock.

Mehidy then cleaned up the tail as West Indies lost its last five wickets for only six runs. 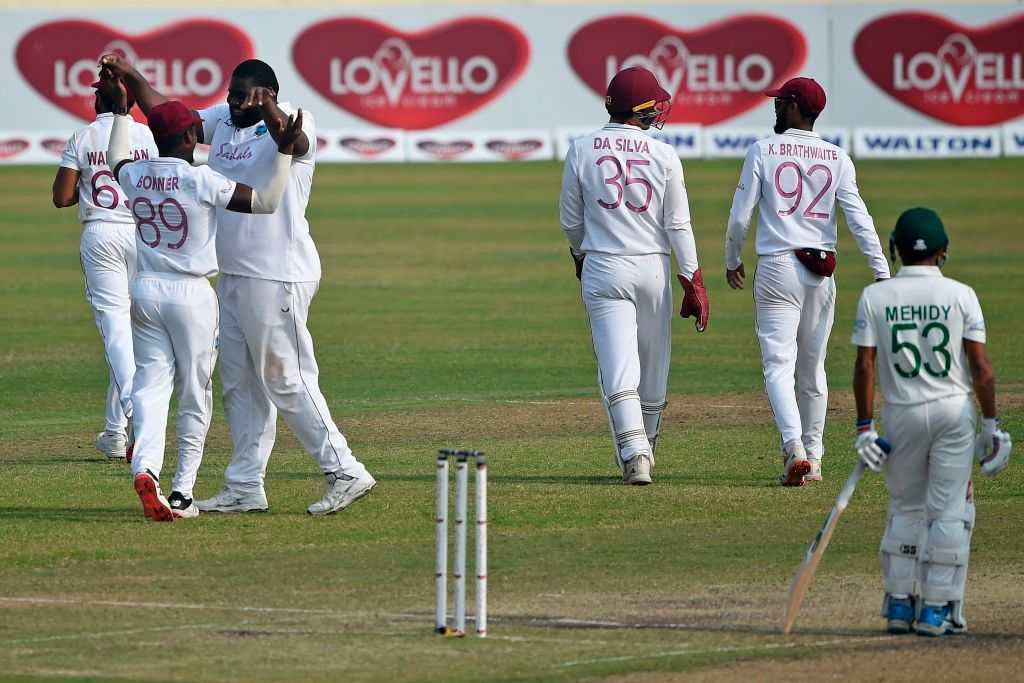 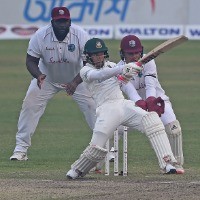 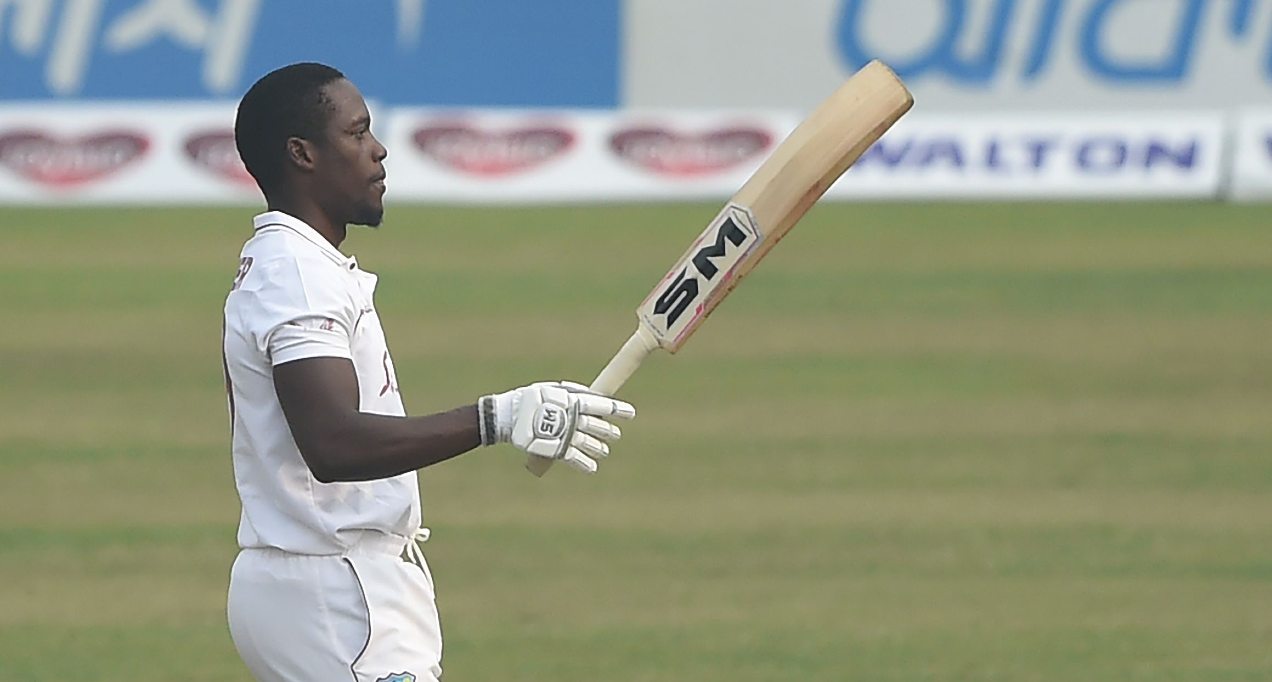 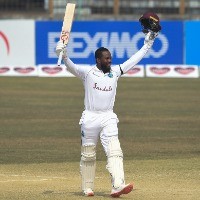 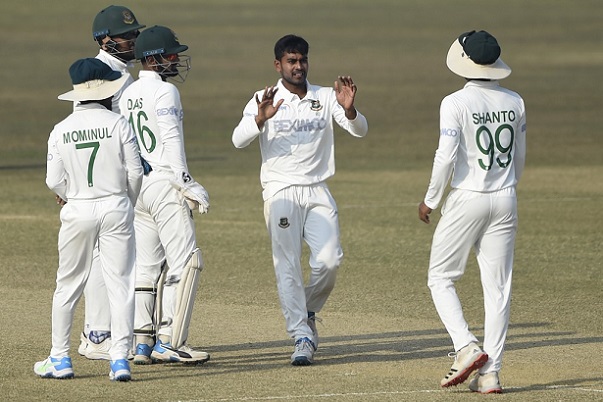 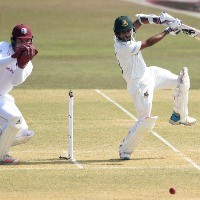 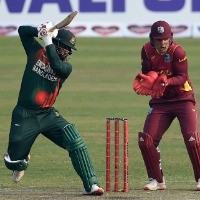 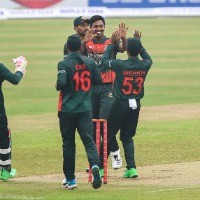