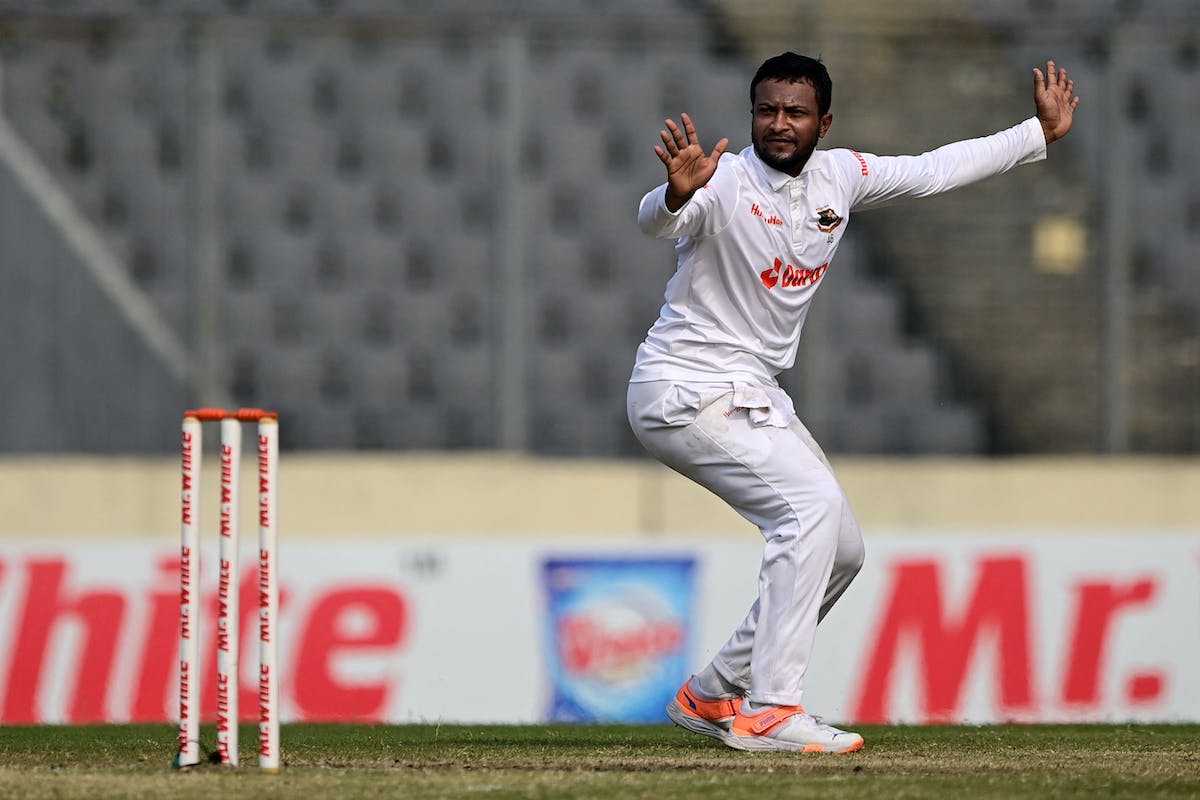 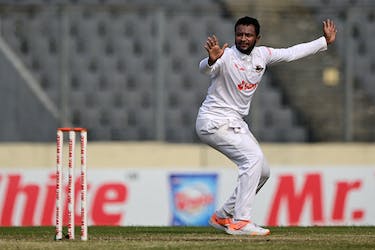 The hosts will also be without Taskin Ahmed, who has just recovered from a back injury and will be rested for the opening clash

A day prior to the first Test match against India at the Zahur Ahmed Chowdhury Stadium in Chattogram, Bangladesh, are uncertain about the availability of Shakib Al Hasan for the opening clash.

The all-arounder was hit on the ribs in the ODI series by a rising delivery from Umran Malik and, since then, has struggled with his fitness. According to Cricbuzz, Shakib left the practice session for further check-up but returned soon to bat in the spinner's net.

"It is nothing serious, and since there was no other transportation available, he was sent in an ambulance. Shakib had some stiffness, and he went for a checkup," a BCB official told Cricbuzz.

In the pre-match press conference ahead of the game, Bangladesh coach Russell Domingo stated that a call on Shakib's availability would be taken closer to the game.

"Look we are still assessing him, and we would make a call later on this afternoon to make sure he is okay. He is still struggling with his ribs and shoulders a little bit. Hopefully, he can go on hitting some balls and go see how he is doing this afternoon," Domingo told the reporters, as quoted by Cricbuzz.

Domingo also confirmed that senior speedster Taskin Ahmed will not feature in the playing XI for the opening Test. The 27-year-old is suffering from a back injury and missed the first two ODIs as a precautionary measure. While he returned to the playing XI for the final clash, Bangaldesh are not too keen on risking him in the longest format.

"We are not going to risk Taskin in the first Test. He has come off a layoff and a few injections. To get him to bowl for a day and a half in these conditions in Chattogram is maybe not good for him," Domingo concluded.