Bangladesh take charge after bowling New Zealand out for 328 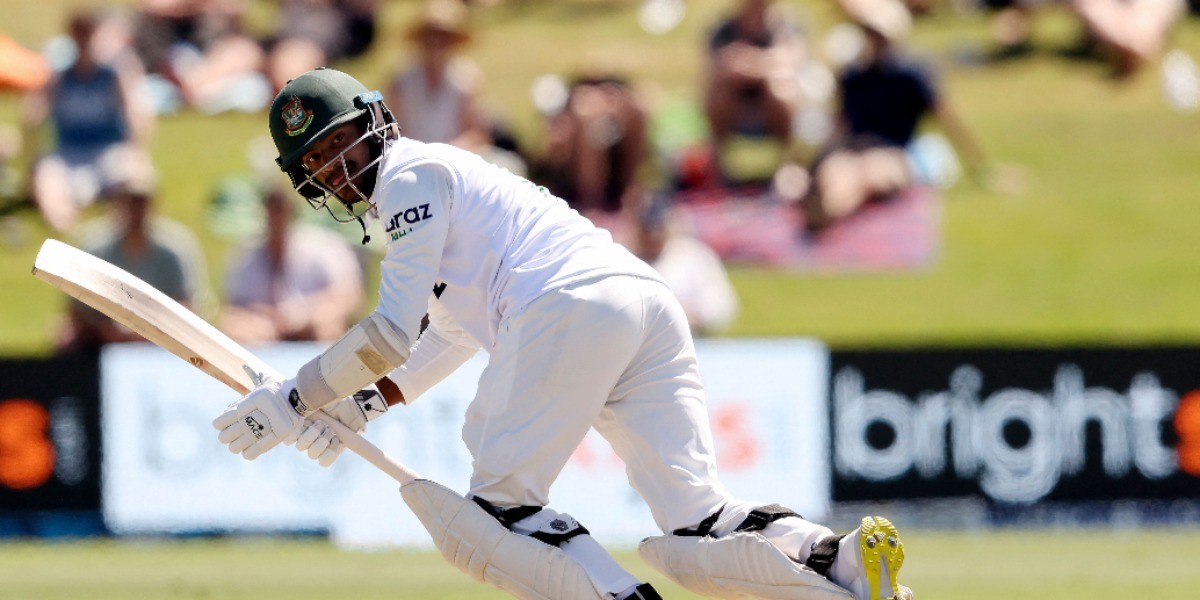 Bangladesh take charge after bowling New Zealand out for 328

Bangladesh had one of its best days on tour in recent years Sunday (January 2) when it won all three sessions on the second day of the first cricket Test against New Zealand at Bay Oval. The tourists' bowlers first captured New Zealand's last five wickets for 70 runs, dismissing the home side for 328 after it had resumed at 258 for 5.

Mahmudul Hasan Joy and Najmul Hossain Shanto then made half-centuries in a 104-run partnership for the second wicket which occupied most of the last 1 1/2 sessions and guided Bangladesh to 175 for 2 in its first innings at stumps.

Shanto lived up to his considerable reputation with his second half-century, to go with two centuries in his 12 tests to date. He was out for 64 within sight of stumps and his innings was punctuated by several classy shots through the offside.

Joy played the innings anchor and compiled his first test 50 from 165 balls in more than 3-1/2 hours. He was 70 and had batted almost five hours by stumps when he had been joined by captain Mominul Haque, who was on 8.

Though New Zealand still leads by 153, the initiative of the match has shifted to Bangladesh after its confident, deliberate approach on day two. The Bangladesh spinners first wrapped up the New Zealand first innings in 25 overs before lunch. Joy then combined in a 43-run opening partnership with Shadman Islam which blunted the new ball and allowed the second wicket pair to strongly consolidate the innings.

The pitch at Bay Oval has only provided assistance for the seam bowlers in the first hour Saturday when Bangladesh captured the wicket of New Zealand captain Tom Latham and had the home side 1-1.

Devon Conway's 122, his second century in four Tests, gave New Zealand slightly the upper hand at the end of day one. But the failure of the tail, in spite of the efforts of Henry Nicholls who was the last man out for 75, tipped the balance of the match slightly in the tourists' favour.

After Shoriful Islam removed allrounder Rachin Ravindra (4), off-spinner Mehidy Hasan Miraz quickly captured the wickets of Kyle Jamieson (6), Tim Southee (6) and Neil Wagner who was out for a first-ball duck.

Mominul bowled only four overs of orthodox left-arm spin but captured the two big wickets of the New Zealand innings, removing Conway and Nicholls and finishing with 2-6 from 4.1 overs. Mehidy had 3-86 after being wicketless on day one and Shoriful took 3-69.

Joy and Shadman steered Bangladesh through three overs before lunch and then to drinks in the middle session when the tourists were 43 without loss. But Shadman was out to the first ball after the break for 22, undone by Neil Wagner who lured him into a false stroke and dived forward to claim a sprawling catch off his own bowling. Wagner had 2-27 from 16 overs at stumps.

Wagner was again the best of New Zealand's bowlers, mostly bowling fuller and finding a little swing away from the right-handers. But for the last two sessions, Bangladesh largely defied the attack that won the World Test Championship final in June.

Kyle Jamieson, a prodigy who took 52 wickets in his first 10 tests, struggled in unrewarding conditions Sunday and finished the day with 0 for 35.