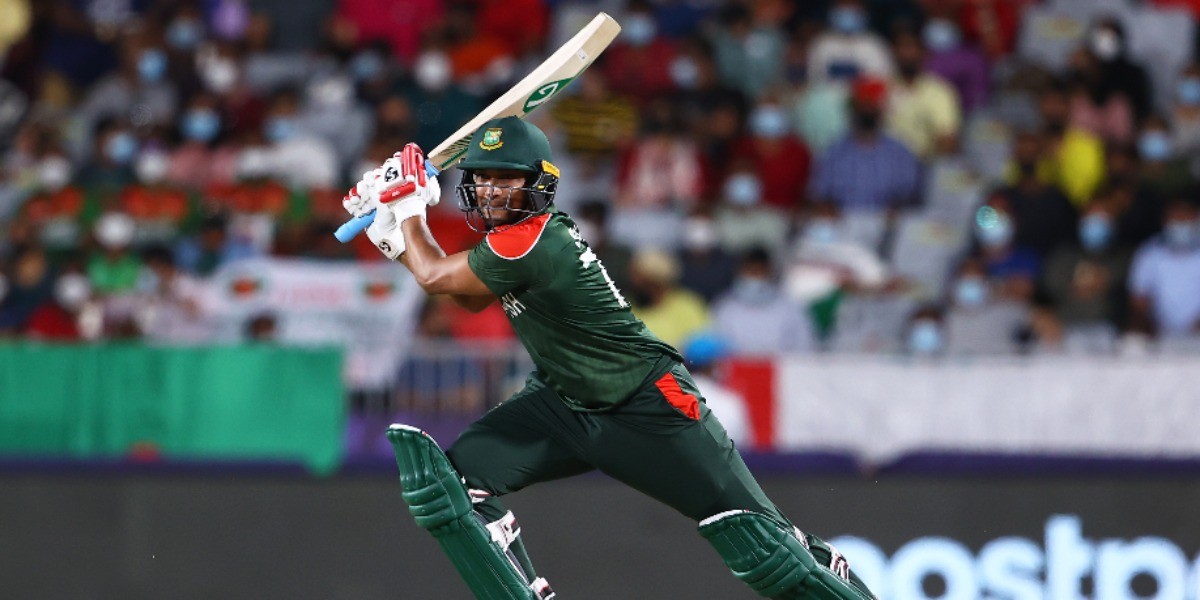 After a stutter in their opening game of the ICC T20 World Cup against Scotland, Bangladesh have managed to get their campaign back on track with a hard-fought 26-run win against Oman in their second league match. With a sense of relief and plenty of confidence, they will take on Papua New Guinea in an afternoon encounter on Thursday, 21st October, at the Al Amerat Cricket Ground in Oman.

While the two sides have never faced each other in a T20 international, it promises to be a high-voltage game as they stand a chance to pick up two vital points and strengthen their chances of progressing to the Super 12. 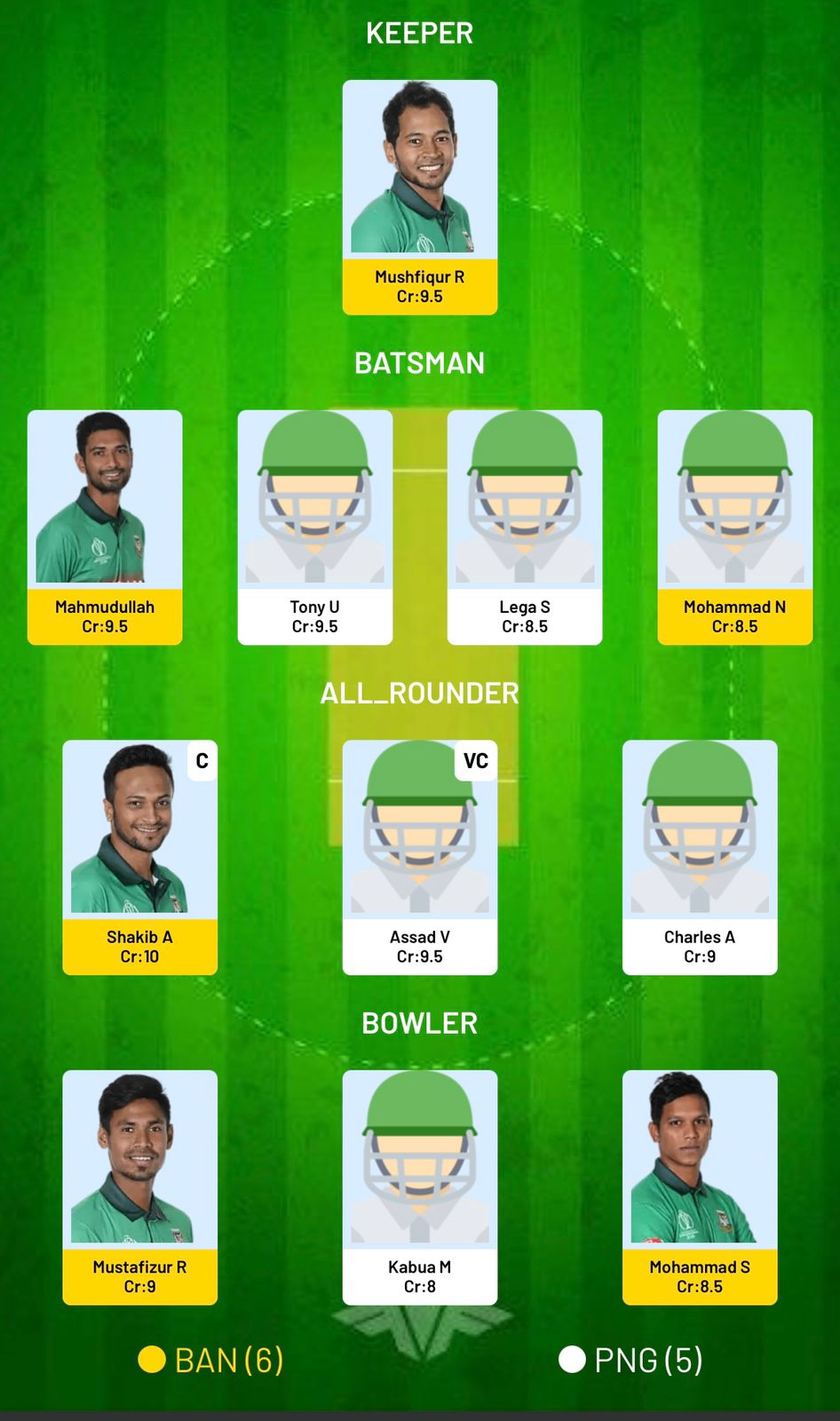 While you could go for the above team, you also have the option of choosing your team from Cricket.com's Fantasy Research Centre. You can use this tool to build your team with the help of algorithms. Based on your preferences, the platform will guide you through creating the ideal fantasy XI.

In the four matches played thus far in this edition of the T20 World Cup, the average first innings total is 147 runs and teams batting first have won three games. However, batters have struggled in the first six overs and have scored at a run rate of 6.2 compared to 7.8 and 7.9 in the middle and the death overs. With 38 wickets and a wicket percentage of 65.5 compared to 20 wickets and 34.5 percent, the pace bowlers have dominated the proceedings.

One of the leading all-rounders in world cricket, Shakib Al Hasan, scored a quickfire 42 off 29 deliveries and picked three wickets in his quota of four overs to help Bangladesh register a 26-run win against Oman. Plying his trade in various franchise leagues across the world, the 34-year old has years of experience at the highest level and will be the key player to watch out for in this game. With 111 wickets and 1825 runs at an average of 23.10 in T20 internationals, Shakib has been one of the mainstays in the playing XI of the side, and the team will rely heavily on him to guide them over the line in this world event.

Our Criclytics player projector predicts Shakib to score 14-22 runs and pick up 1-2 wickets in this match.

The skipper of Papua New Guinea will be one of the X-factors heading into this crucial encounter. With 590 runs at an average of 24.58 in 28 innings, Assad Vala will look to shoulder the responsibility of the side in the batting department. The 34-year old is equally handy with his off-spin bowling and has picked up 22 wickets in 19 innings at an economy rate of 5.95.

Our Criclytics player projector predicts Vala to score 19-29 runs and pick up 0-1 wickets in this match.

The left-arm pacer has been one of the standout bowlers for Bangladesh in the last couple of years. Mustafizur picked up four wickets in his quota of overs to propel the side to a convincing win against Oman. In this crucial clash, Bangladesh would rely heavily on him to give the side early breakthroughs and guide them to a win.

Our Criclytics player projector predicts Mustafizur to pick up 2-3 wickets in this match.

One of the upcoming all-rounders from the PNG outfit, Charles Amini, has scored 457 runs in 22 innings at an average of 25.38. Coming in at number four, the left-handed batter will be a vital cog in the batting unit of the side. The 29-year old is equally good with the ball and has picked up 21 wickets in 25 innings at an economy rate of 6.36. The team would rely on his all-around abilities to help them clinch a famous win.

Our Criclytics player projector predicts Amini to score 14-22 runs and pick up 0-1 wickets in this match. 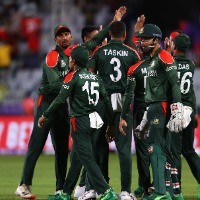