Bangladesh's job only half done: Domingo 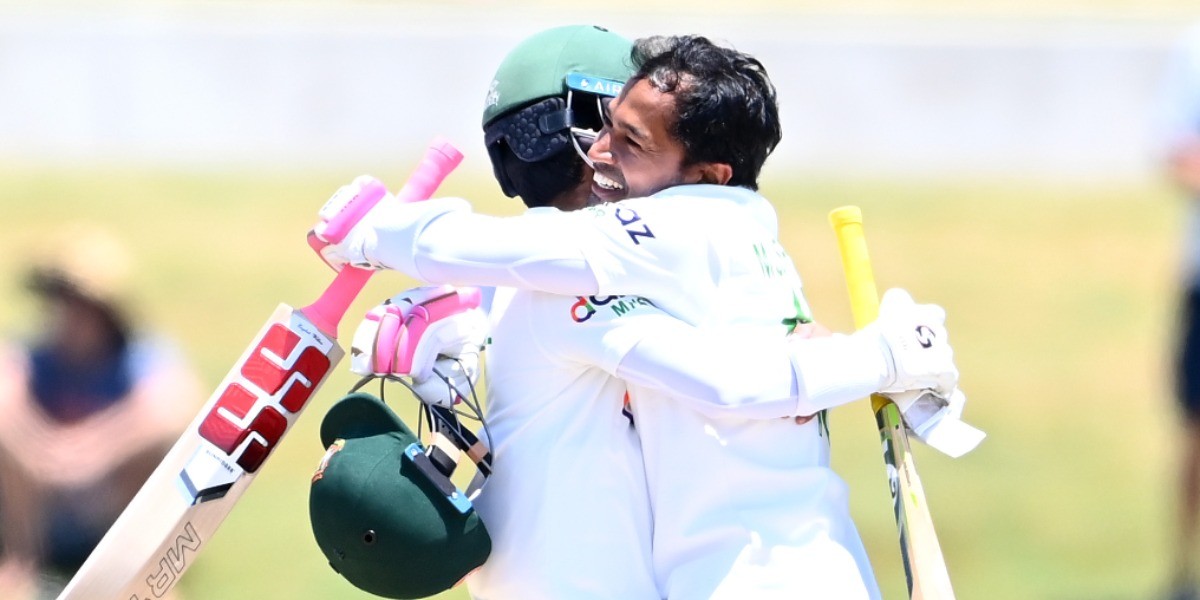 Bangladesh's job only half done: Domingo

Bangladesh head coach Russell Domingo was delighted with his team's historic win over New Zealand in the first Test at Bay Oval, but felt that the job is only half done as they have another Test to play for a maiden Test series win against the Black Caps.

"They want to try and do what no other Bangladesh side's done before and that's win a series in New Zealand. They're halfway there, the job's not done, but they're very driven to try and achieve something very special," Domingo said ahead of the second Test at Christchurch on Sunday.

Domingo felt that the young Bangladesh side were not burdened by past experiences as they posted a eight-wicket win.

"It's a young side so they don't come here with all the scars that some of the older players have gained from playing against New Zealand so many times."

The 47-year old was confident that pacers Taskin Ahmed, Ebadot Hossain and Shoriful Islam will be up to the task on a grassy surface at Hagley Oval.

"We've got some really quality fast bowlers at the moment and it's not often Bangladesh can say that they're actually looking forward to bowling on a wicket that has got a bit of grass on it,"

"Opportunities like this don't come around very often. You're confident, you're playing well and you've got a good balance to your side at the moment and conditions, as crazy as it might sound, could actually suit us. It's not often that Bangladesh can say they are looking forward to bowling on a wicket that has grass on it,"

Islam, Hossain and Taskin claimed 13 of the 20 wickets in the first Test which will give them confidence going into the series decider.

"We got three high-quality fast bowlers and are confident. If we do get into the wicket early and it offers something, hopefully, we can do some damage."

Domingo was glad his team was able to enjoy great moments after a dismal T20 World Cup and a series defeat against Pakistan at home.

"Look we had a tough couple of months in all formats, so it has been a great result for all the boys," he said. "They deserve it because they have worked really hard and have stuck really well to the plan and a lot of credit must go to them because it was a fantastic performance by them in Tauranga."