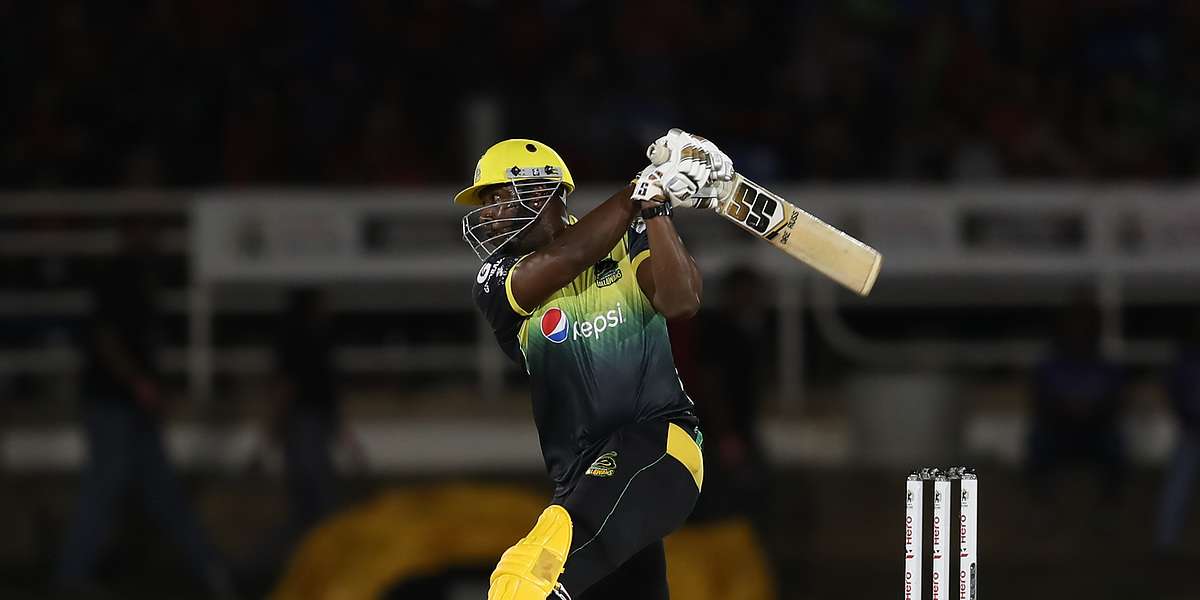 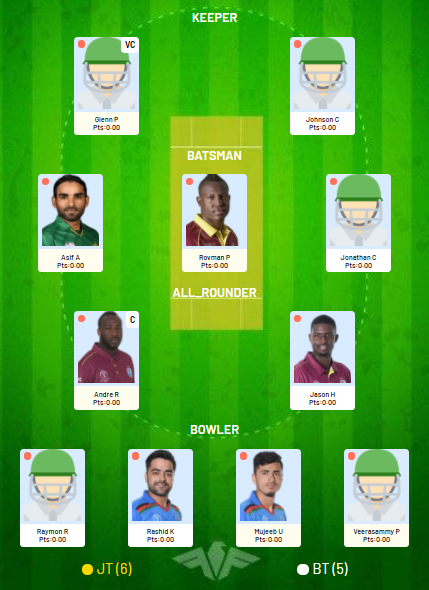 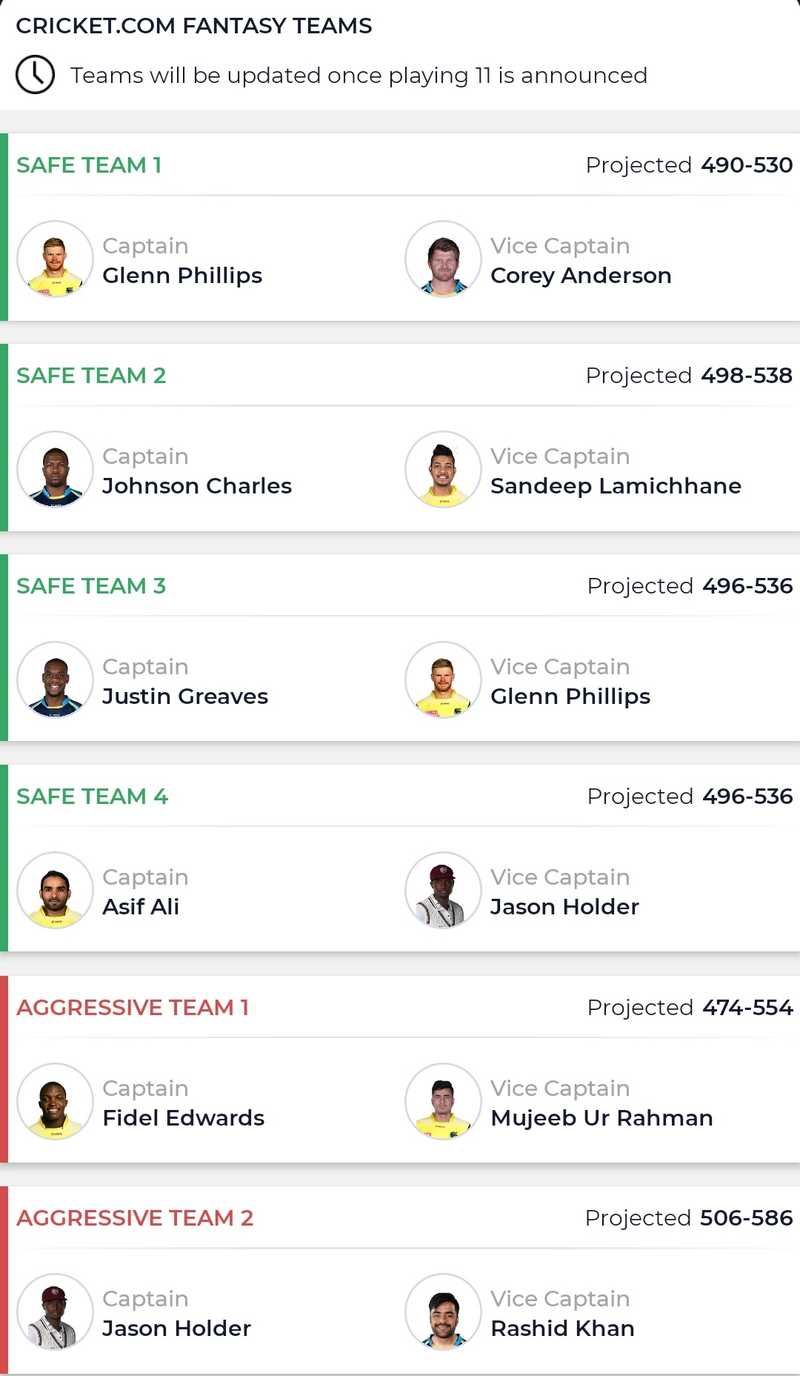 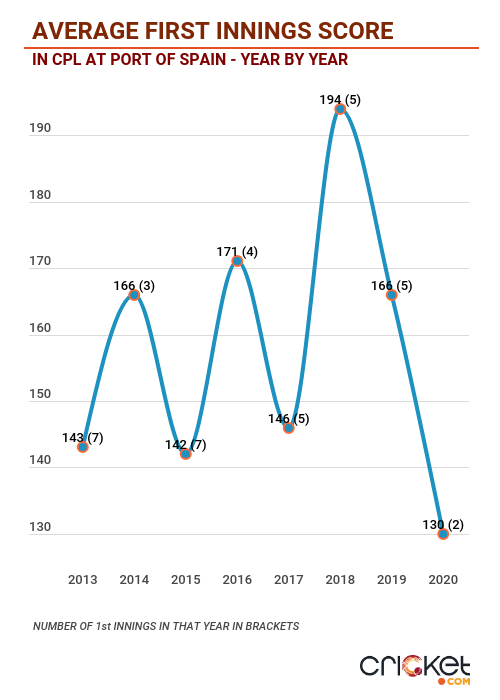 Since 2018, at Port of Spain, the pacers have been the most influential ones. In 24 innings, the pacers have bagged 63.7% of the wickets at a much better balls/dismissal rate. In fact, the 36.3% of wickets bagged by the spinners is the second lowest at a venue in the CPL since 2018. 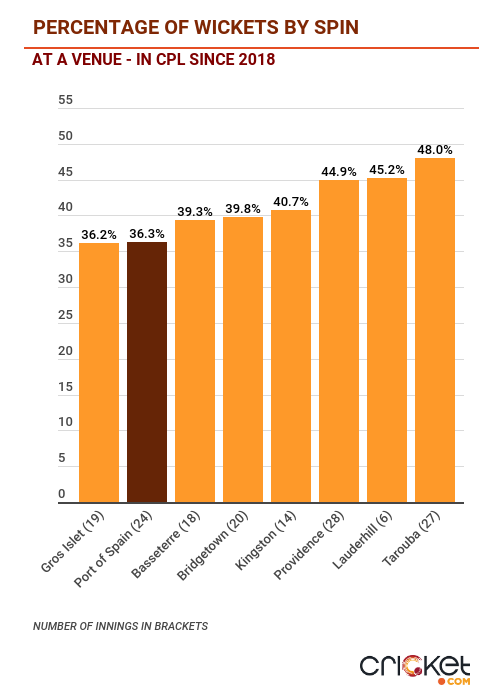 Alhough Tallawahs, on paper, are a team filled with power-hitters, it hasn’t been the case this season. Their batting strike rate (111.1) is the lowest among all the teams this season. In fact, all the teams have struggled to score runs freely because of the slow nature of the pitches so far.

Jamaica will be gleeful that their skipper Andre Russell found some form with a 50 in Saturday's match even though they lost. He followed that up with an unbeaten 23 in Tuesday's win.

There are fine spinners on show from both the sides. This suggests, Mujeeb Ur Rahman and Rashid Khan are two of the must-have bowlers. Considering the record of Veerasammy Permaul in Port of Spain, he could be a pick. Jason Holder and Russell can be the lead pacers.

Glenn Phillips and Johnson Charles have been one of their teams' best batters. Holder on the other hand has been a handy bat for the Tridents this season.

In a battle between the Kiwis, the left-arm spinner has emerged as the winner. In the two innings Phillips has faced Santner in T20s, he has got out to him both times. 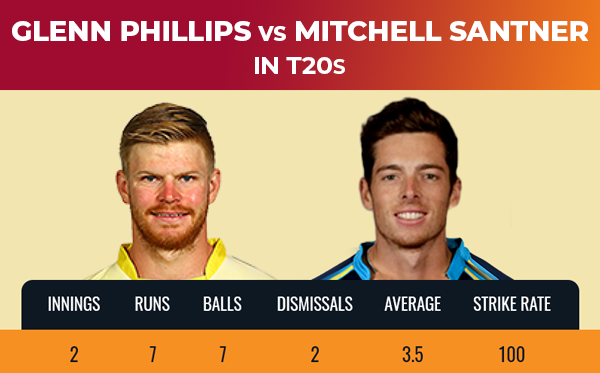 This is one of the battles to look out for, Russell against Rashid in his early stages of the innings. Overall in T20s, both have been on equal terms. Rashid has dismissed him twice at an average of 14.5 and Russell has scored at a strike rate of 181 against the leggie. 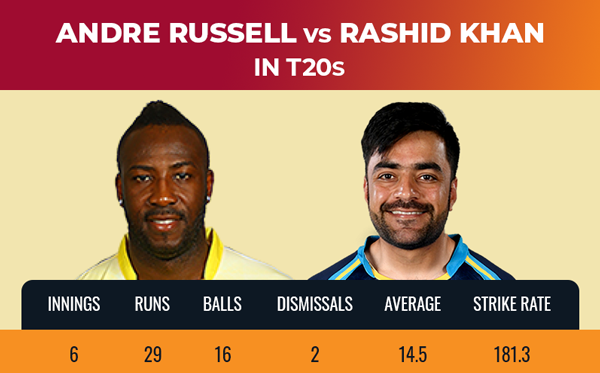 Both of them have blown hot and cold. Nurse in 8 innings has got the better of Walton on two occasions at an average of 20.0. On the other hand, Walton has scored runs at a strike rate of 190.5. 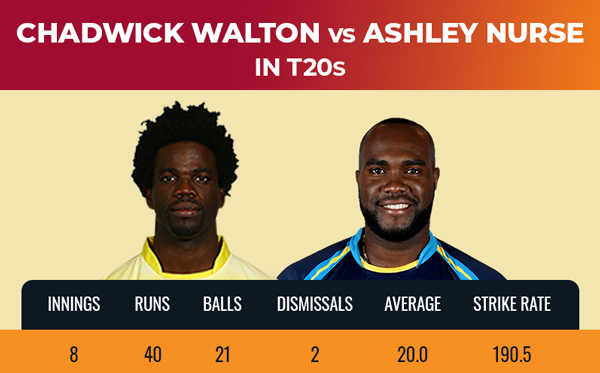 ANDRE RUSSELL: Andre Russell has an exceptional record at this venue, both while bowling as well as batting.

He has scored 358 runs at a strike rate of 196.7 at the Queens Park Oval, which is his most at a venue in CPL. Among batsmen who have faced more than 100 balls in Port of Spain, Russell’s average and strike rate is the best. 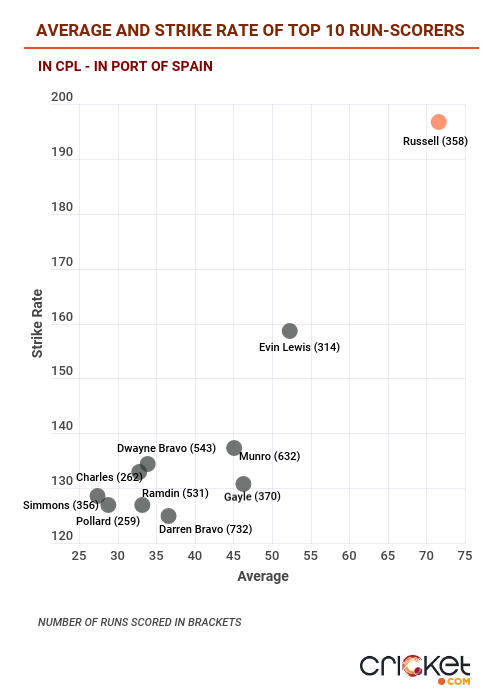 To go with his batting record, Russell has a decent bowling record too at the venue. His 11 wickets at this venue is his second-best. With such a fantastic record, Russell is our suggested captain.

GLENN PHILLIPS: The Kiwi batsman has continued his good run of form in the CPL. Since 2018, the wicket-keeper batsman has scored close to 1000 runs. This season as well, he has been among the runs, barring the last match. Phillips is one among the five batsmen to score over 100 runs this season. He has a good record against the current Tridents bowling line-up as well. He is certainly one of the X-factors who has the ability to change the game.

MUJEEB UR RAHMAN: The young mystery spinner so far has had a fantastic tournament. This season he has bagged 9 wickets at a healthy balls/dismissal ratio of 10.7 with a sensational average of 7.4. His bowling average of 7.4 is the best by any bowler who has picked two or more wickets this season.

Three of his wickets have come in the 1st powerplay (overs 1-6). In general, he picks a lot of wickets in the first six overs. Since 2018, he is the only bowler to bag more than 50 wickets during overs 1-6. Unquestionably he is a handful against top-order batsmen, which is why he is one of our X-factors. 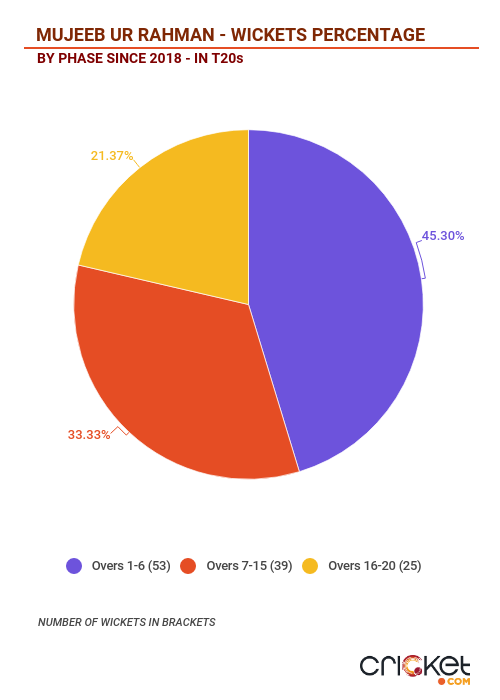 RASHID KHAN: The Afghan legspinner is a star of the shorter format. He has been the most successful bowler in T20s since 2018. In this season as well, he is among the wickets. Against the Tallawahs, Rashid has bagged 5 wickets at an average of 19.0 and a balls/dismissal ratio of 14.4 at an economy of 7.9 in CPL. Against the likes of Russell and few other powerful strikers Rashid will be an X-factor.

Our Criclytics player projection predicts Rashid would pick 0-3 wickets in the match against Tridents.