Barrier of winning against India game has gone: Mehidy Hasan 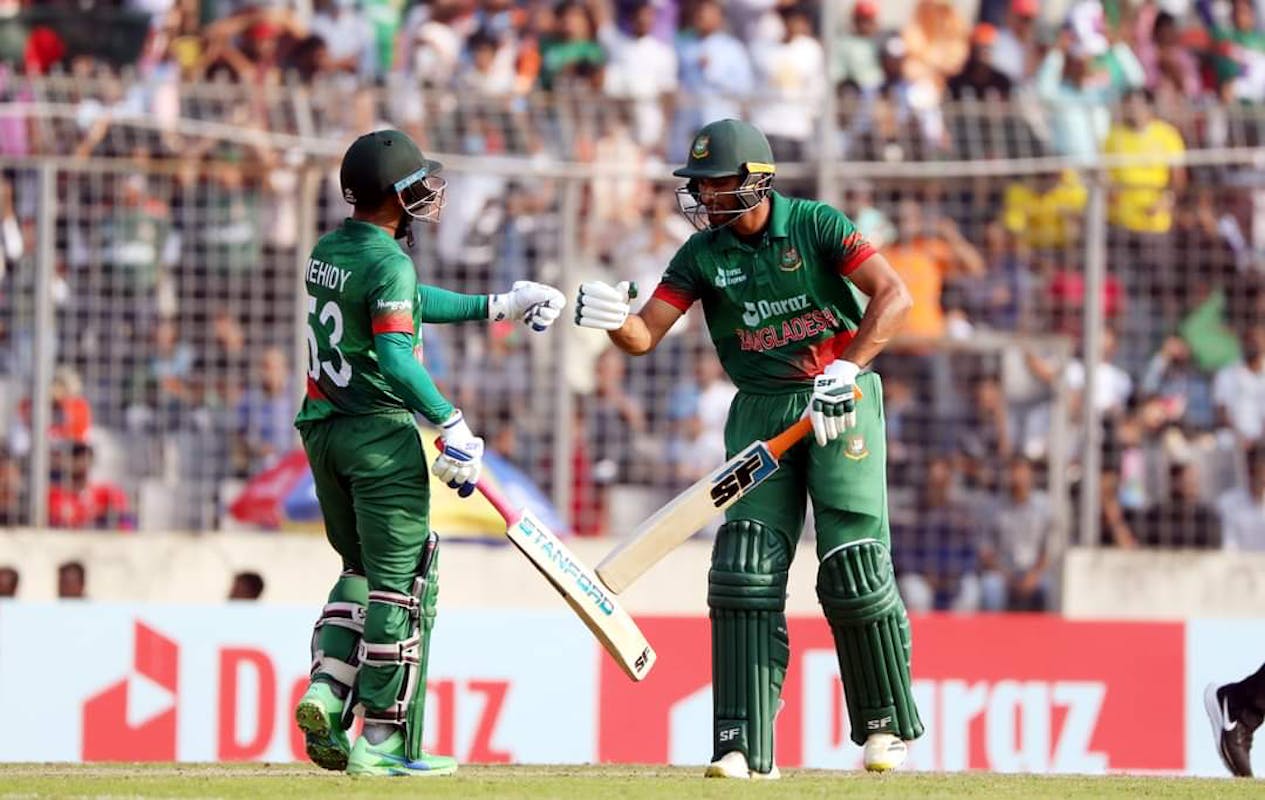 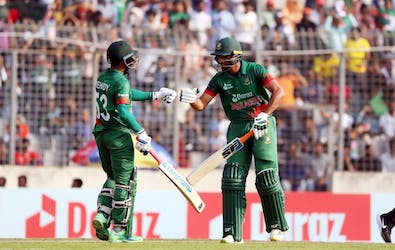 Barrier of winning against India game has gone: Mehidy Hasan

India and Bangladesh have developed an intense rivalry over the years. They came close several times, especially in the World Cups where they lost by the tiniest margins.

Few weeks before the ODI series at home, Bangladesh lost the T20 World Cup Super 12 match against India by five runs in Adelaide. However, they brushed off the memories of that defeat in the first ODI when they beat India by a single wicket with Mehidy Hasan forging a superb 51-run partnership with Mustafizur Rahman.

In the second ODI, it was once again the pair who sealed Bangladesh's second consecutive ODI series win against India. There was one other major contribution from Mahmudullah who scored 77 and put up a partnership of 148 runs for the seventh wicket with Mehidy who scored his maiden ODI hundred to take them to 271/7.

With an injured Rohit Sharma going ballistic at the other end, Mustafizur bowled a maiden to Mohammad Siraj in the 48th over and prevented Rohit from hitting two boundaries in the final over.

Mehidy relished all the prospects of the series which turned out to be quite fruitful for him on an individual level.

"We have lost many close matches from the point of winning and it happened a lot against India. After winning these two matches I feel we have crossed a barrier. The barrier was probably gone in the last game and all of us played well and we are hoping that we will do well in the coming days. There is an opportunity (for a clean sweep) and we cannot relax even though we have won the series. Every game is important for us," the allrounder said in the post-match press conference.

The 25-year old was pleased with his hundred, but is not paying too much attention to it as the team sealed the series.

"This is a big thing for me and India is a big team, and performing well against India will always give you satisfaction. I was not thinking that I will have to do it. The best thing is that we have won the series against India for the second time and we played according to the situation," he said.

The offspinner was unable to finish his quota as he walked off the field due to cramps after bowling one ball in his seventh over. Despite his absence, Bangladesh bowlers executed their plans against Rohit, who came in to bat at No.9 due to a thumb dislocation.

"We were mentally prepared that Rohit Sharma might come to bat and we had plans around how to bowl against him. At the end of the day, you have to pick wickets. It must be said that he batted really well and his batting was a positive for them but overall, I think our bowlers did really well," Mehidy said.

India seemed to be stabilized after losing their top four after Shreyas Iyer (82) and Axar Patel (56) added 93 for the fifth wicket. However, Mehidy removed Iyer while Ebadot Hossain (3-45) dismissed Axar Patel to pull things back for Bangladesh.

"There was a partnership and it can always happen. Despite everything we did well to overcome it. Mustafizur bowled outstandingly while Ebadot, Shakib bhai and Nasum bowled well," Mehidy said.

Bangladesh will have the chance to complete a sweep of the series on December 10 when they travel to Chattogram for the final and third ODI.