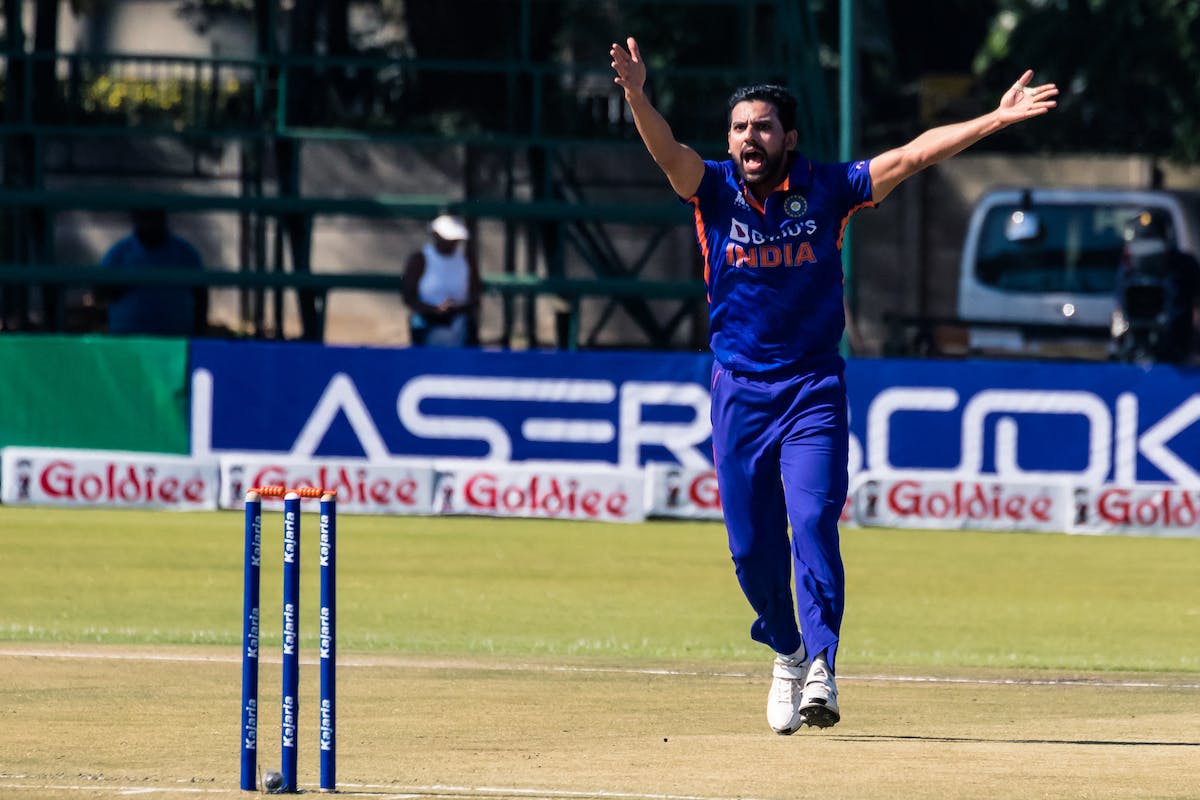 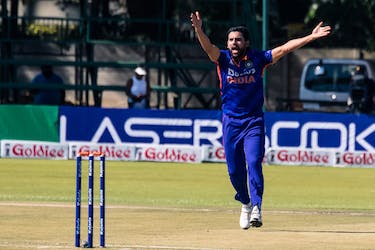 Deepak Chahar returned to international cricket with a bang, picking up figures of 3 for 27 in seven overs. As a result, India managed to restrict Zimbabwe to 189 and their openers Shikhar Dhawan and Shubman Gill helped them cruise to a 10-wicket win to go 1-0 up in the three-match series.

The fast bowler reckoned barring the initial two overs, he had picked up from where he left off six months ago. He was also happy with his fitness levels.

When asked if he thought he would be picked for the upcoming T20 World Cup, Chahar said, "I can't say if I will be selected or not as that's not in my hands but skill wise I have worked very hard.

"I think I have picked up from where I had left and today also barring the first two overs, I bowled well. I bowled seven overs at one go which is an indicator that my fitness levels are okay," Chahar told reporters after the game.

Talking of his plans in the first ODI, the Rajasthan fast bowler revealed his aim was to bowl full given there was so much swing on offer. "My plan remains simple when the ball is swinging try to bowl fuller length and take wickets, Chahar said.

If the ball isn't swinging, then there is a plan 'B' or 'C'. Today, it was swinging till the seventh over that I was bowling. So it was simple -- bowl a fuller length and mix the swing and confuse the batter," he said.

For Chahar, the Harare Sports Club pitch's USP is a bit of nip in the air and off the track in the morning session

"There isn't any turn on offer or neither anything for fast bowlers in particular. The only help you get is in that in the morning session and if you play that session well, then obviously the game goes well.

"But if you lose 4-5 early wickets, then no team can win a match from there. I felt Zimbabwe after losing five wickets for 50 odd (66), scoring 190 was a good effort."

While undergoing rehabilitation at the NCA, Bangalore, Chahar knew that this series against Zimbabwe would be his comeback series and shaped his workload accordingly.

"I knew I will make my comeback in this series, which is an ODI series, so I started loading my body accordingly. The day I started bowling, I bowled six overs and then when I played 2-3 practice games, I bowled full quota of 10 overs," Chahar informed.

Talking about the day's performance, he did agree that there is bound to be circumspection when one comes back after such a long time and people, who played in the interim, also performed.

"Difficulty was there. Because you are trying to regain your place in the side and in the interim, people who played have also performed and consolidated their places.

"So in order to regain your spot, you have to put up a good performance, Obviously pressure was there and I wanted to perform at the first opportunity because that's all that a player can control," he signed off.

India and Zimbabwe will clash in the second ODI on Saturday (August 20) in Harare.