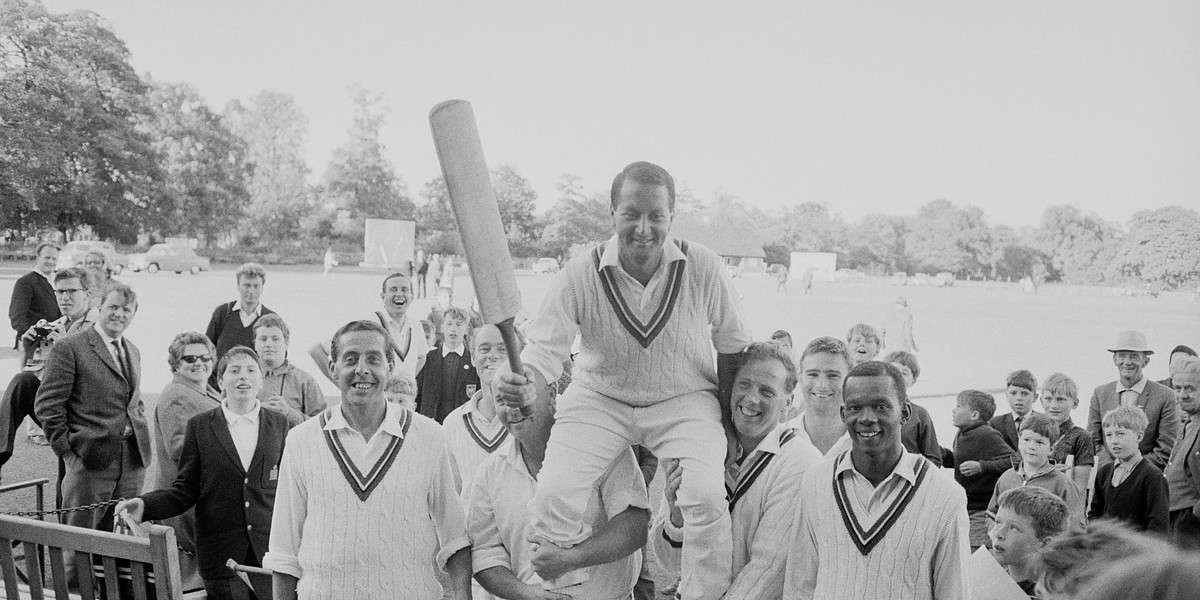 "I've been pulled over by the police just because I'm black. What you see in Minneapolis is just a normal day. A lot more happens that's not talked about.”

Former England cricketer, Michael Carberry, was quite vocal about the routine struggles of people with a colored background while speaking in the Cricket Badger Podcast. The aftermath of George Floyd’s death which caused an uproar in the US has left its ripples on the cricketing shores as well. Before Carberry, Darren Sammy sought justification from his former teammates at Sunrisers Hyderabad for addressing him as ‘kaalu’. Abhinav Mukund and Irfan Pathan also came up with their stories.

Over 50 years ago, an incident based on similar foundations shook world cricket. It was a conflation of cricket and politics in one of the earliest precedents that the two bodies share the same roots. Cricket, in fact, took the backstage with politics taking the forefront and the whole hoopla was surrounded around the selection of one man.

The man in question was Basil D’Oliveira who made his debut for England, on this day, against West Indies at Lord’s.

Born in South Africa in 1931, he was a man of immense all-round abilities who had the ingredients to be a top South African cricketer. At 16, he scored 225 in his team’s total of 236 in a non-white provincial tournament. However, one obstinate aspect in which D'Oliveira lacked was the color of his skin. 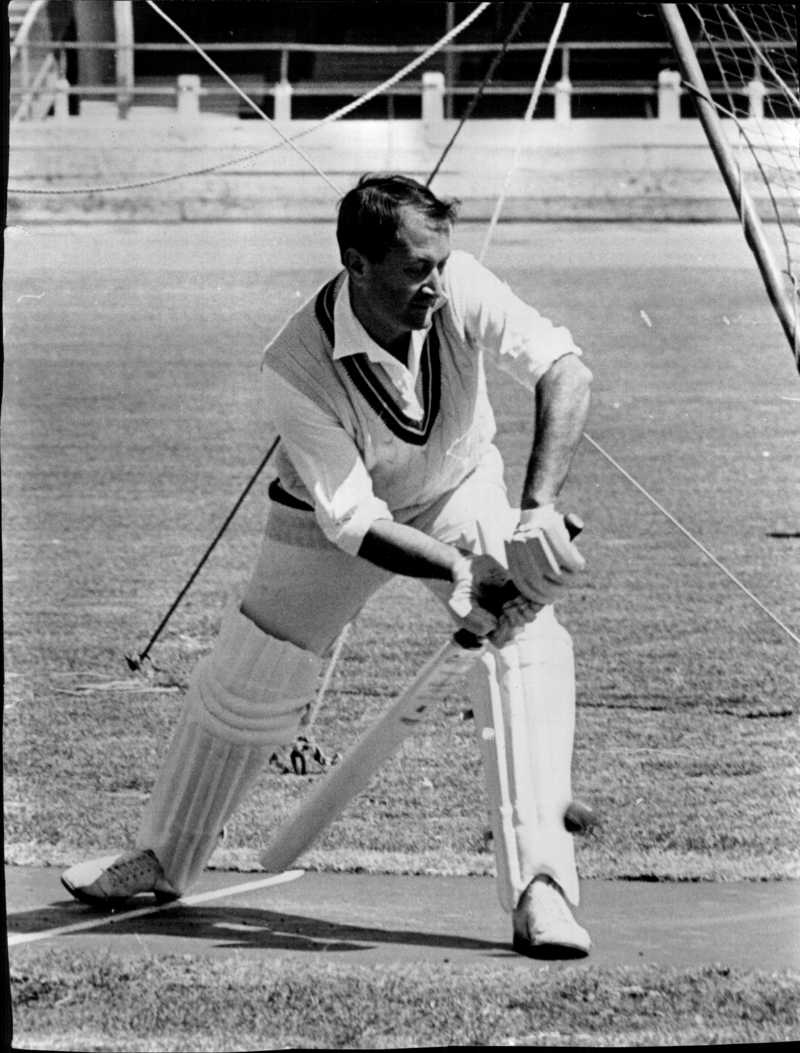 Belonging to the Cape colored background, D'Oliveira was heading into adolescence at the time when apartheid was coming into existence in the country. The opportunities for colored and blacks in the country were limited to non-existential. As a result, D'Oliveira found it best to pursue his skills in England. He wrote to John Arlott, a renowned broadcaster and journalist established in England, to help him out. Upon receiving a positive reply, he left his native land forever, beginning his cricketing journey in England as a professional in the Lancashire League for the 1960 season.

With sky being the limit for D'Oliveira, his impressive performances led him to a contract with Worcestershire and the allrounder made his first-class debut in 1964. Next year, he acquired UK citizenship. A year later, his consistent batting numbers earned him his maiden England cap, making him a Test cricketer at the age of 34, a far-fetched dream if he was still in South Africa.

At a time when non-white South Africans were stripped off basic priviliges, one such man was climbing the ladder of success reaching the pinnacle of an esteemed sport.

D'Oliveira played 14 Tests until facing Australia in the first Ashes Test at Old Trafford in June 1968. He scored a fighting 87* in a losing cause. Surprisingly, he was dropped. The specified cricketing reasons stated that his bowling was not penetrating enough while as a batsman, there were better players in the team. However, the turnout of events suggested that England selectors were aware of the consequences if D'Oliveira was selected for the subsequent tour of South Africa.

Pieter Le Roux, South Africa’s minister of the interior, had already stated, “We will not allow mixed teams to play our white teams here. Our policy is well known.” That is why South Africa’s earliest Test records see them locking horns with only three opponents - Australia, England and New Zealand.

D'Oliveira was asked by Brian Griffith, Head Secretary of MCC, if he could make himself unavailable to play for England. Furious at the request, he said no. There were, reportedly, attempts made to bribe him but the Cape Town born remained steadfast in his denial.

But fate works in mysterious ways. Learning about a possible pacer-friendly track for the fifth Test at Oval, England skipper Colin Cowdrey recalled D'Oliveira. He was still the last in line to play. Bowlers, Tom Cartwright and Barry Knight failed to recover from their injuries. One of the two openers, Roger Prideaux dropped out because of a virus infection and D'Oliveira sneaked in at number six.

He went onto play one of the most defining comeback knocks scoring a momentous 158. England won the match to draw the Ashes 1-1. 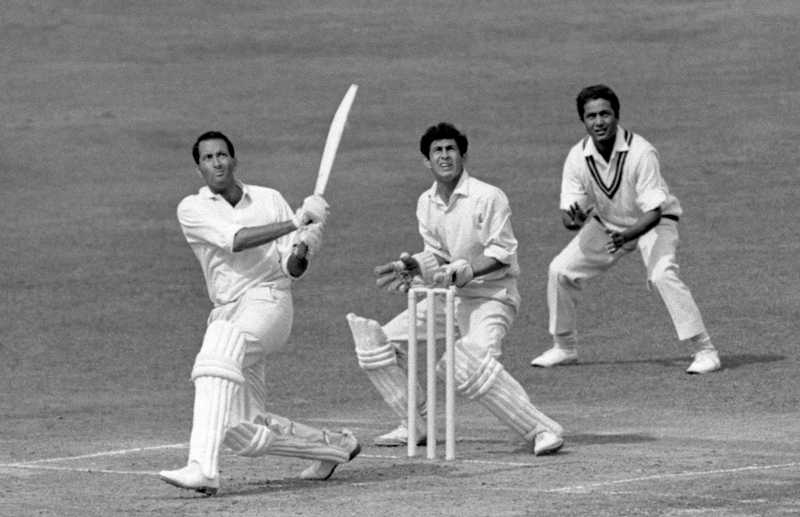 Mostly, such great knocks, when there are plenty of options for one spot, lead to a ‘good headache’ amongst selectors. Considering there were massive political complications involved, this was not one of those instances. D'Oliveira was ignored. The board became a villain in their own country for falling to South Africa’s practice of racism. The matter was discussed in the Parliament. John Arlott refused to commentate on the South African tour. For D'Oliveira, the British supported him when the whites of his own country did not.

However, fate worked its magic again. Cartwright withdrew from the series citing a broken shoulder and the selectors replaced him with D'Oliveira. It was now the turn of the South African government to cause a furore. Their Prime Minister BJ Vorster called it, “not the team of MCC (forerunning name of England) but of the anti-apartheid movement”. Politics won and the tour was called off. The whole episode became known as the D'Oliveira Affair.

In 1970, when it was South Africa’s turn to tour England, protests against their apartheid regime had reached their summit with sporting activities serving as the stepping stone. Peter Hain, a young participant of the British Anti-Apartheid Movement, was the Chairman of the Stop the Seventies Tour campaign which had already caused disruptions in South African rugby union’s tour of Great Britain and Ireland. The tour never got underway. The same happened to their subsequent tour to Australia and ultimately, South African cricket was pushed into a two-decade long isolation with ICC suspending them formally in 1971. 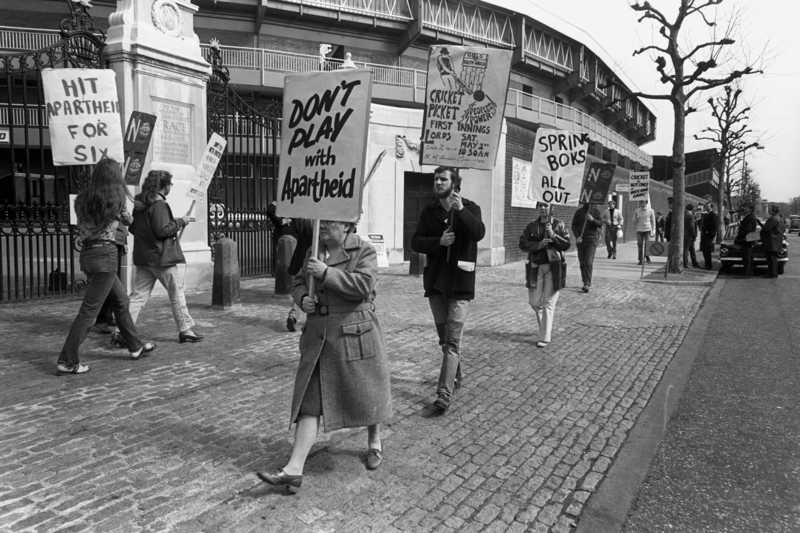 A few months earlier, Australia had toured South Africa which remained Proteas’ last international assignment for 22 years. Perceived as the best side of those times, Australia were cleanswept 4-0 by the Safas. That side had Barry Richards arriving on the international scene scoring 508 runs in four Tests at an average of 72.6. The squad had the Pollocks - Graeme and Peter. It had Mike Procter, Eddie Barlow, Lee Ervine and a captain like Ali Bacher. It was arguably the best Test team South Africa ever fielded and possibly one of the greatest of all time- as hinted by the series -  if the actions of the country's political leaders had not intervened. Their careers ended prematurely.

For D'Oliveira, he represented England in 44 Tests and four ODIs till he hung up his boots in 1972 and averaged 40.1 as a Test batsman. He continued playing for Worcestershire till the age of 49, donning their cap in 367 first-class and 187 List-A games, the last of which came in 1980.

Co-incidentally, it was also the year when Kevin Pietersen was born, another one of those South Africa-born British cricketers post 2000 but no-one else’s career has been synonymous to that of D’Oliveira’s. Pietersen also left South Africa being irked with the racial quota, this time the tide was against the white citizens of the country. He also moved to England and found help from Clive Rice in establishing a career in county cricket. He also scored a 158 in a decisive Ashes Test at The Oval which made the world take note of him.

D'Oliveira’s 158, though, proved to be a watershed moment in mankind’s history. It was cricket’s contribution towards the abolishment of a policy which had led to injustice on a mass level. 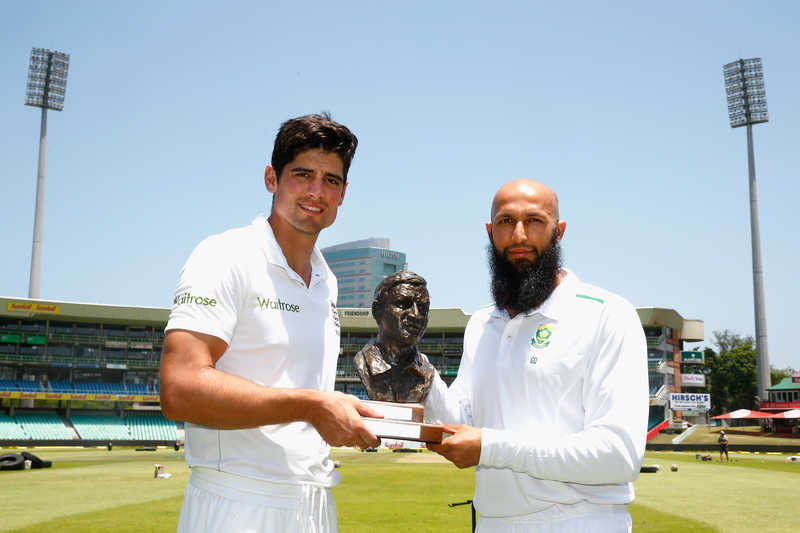 In 1991, South Africa was reinstated into international cricket after giving up colorism practices. The cricketing connections between England and South Africa resumed with a bilateral series in 1994. Since 2004, the two countries have been contesting each other in Test cricket for the Basil D’Oliveira Trophy.

In 2000, he was named by South Africa as one of their top 10 cricketers of the century without ever playing for them, which underlines the massive role he played in the country’s development by just doing his job.

Aged 80, D'Oliveira died in 2011 after a long battle against Parkinson's Disease but left an indelible mark on mankind. 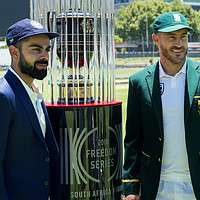 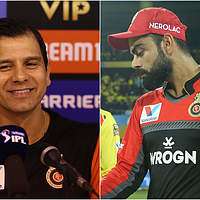