Batters attacked a bit early to give cushion of extra 30 runs but ball was holding up: Bumrah 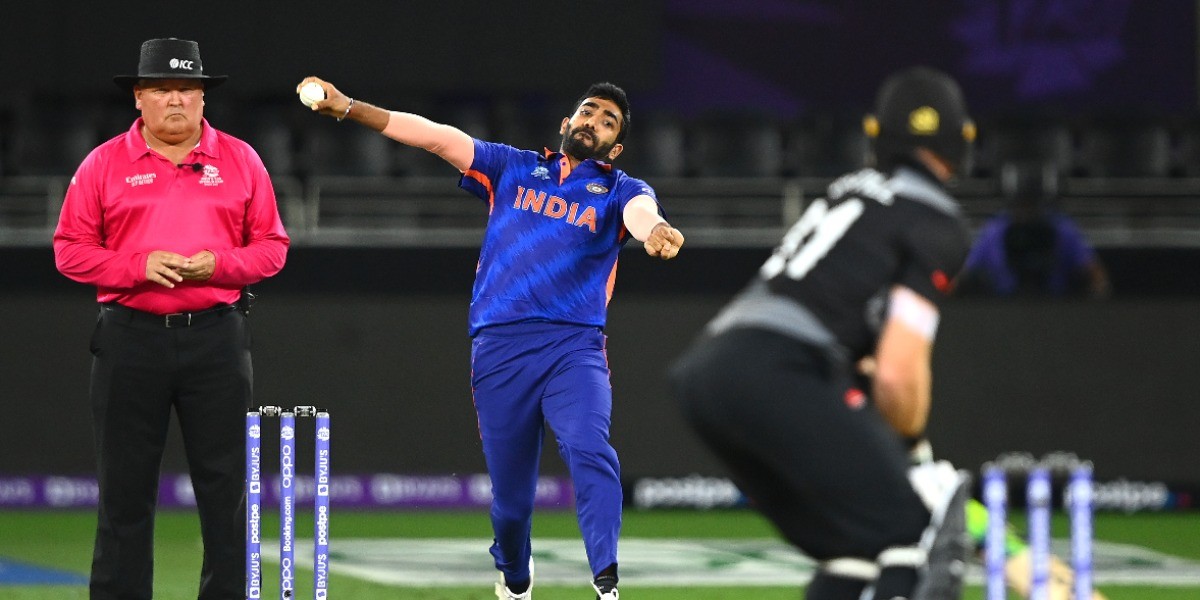 Batters attacked a bit early to give cushion of extra 30 runs but ball was holding up: Bumrah

India lost to New Zealand by eight wickets and are in danger of crashing out of the T20 World Cup with three more games left. India's pace bowling spearhead Jasprit Bumrah on Sunday said that the batters tried to play "an attacking game" in a bid to give extra 30 runs to the bowlers on a dew-laden surface as that was the communication from the team management.

Interestingly, Bumrah's take on batters playing an "attacking game" came minutes after skipper Virat Kohli's bold admission at the post-match presentation that neither his men had shown proper "body language" nor were they "brave" in their approach.

The difference in statements between the skipper and his premier pacer showed that "communication" indeed has been a problem.

"Batters wanted to give a cushion of 20 to 30 extra runs and in that process, they played a lot of attacking shots, which didn't come off today. In the 2nd innings, batting does get easier so they wanted to give that cushion to the bowlers and, in that thought process, played lot of attacking shots," Bumrah tried his best to defend the indefensible.

The pacer said that communication was clear as to what the situation of the game is.

"Scoring 25 to 3 runs (on a two-paced wicket) was not very easy but that was the extra responsibility that you had to take. It's difficult and that's why everyone playing the evening games is choosing to bowl first. There's massive difference and our batters knew they had to give us a cushion. They tried their best and it didn't come off today," Bumrah said.

One of the primary reasons for India's failure, according to Bumrah, is that the team batting first found that the ball was holding up and three batters -- KL Rahul, Rohit Sharma and Ishan Kishan -- who tried the 'pick-up pull shot' couldn't execute it. That wasn't the problem in the second innings.

"In the second innings, the length ball was not holding up. In the first innings, the ball was holding and so pick-up pulls weren't coming off. So shot-making was difficult. Those options changed in the 2nd innings," he said.

But for Bumrah, he doesn't get too bogged down by defeats. "Some days would be good and some days bad. Don't get too high on good days and neither too low on bad days. All of these things are part and parcel, stay in the moment and analyze what went well and move forward," he said.