Batting was not up to the mark: Babar Azam 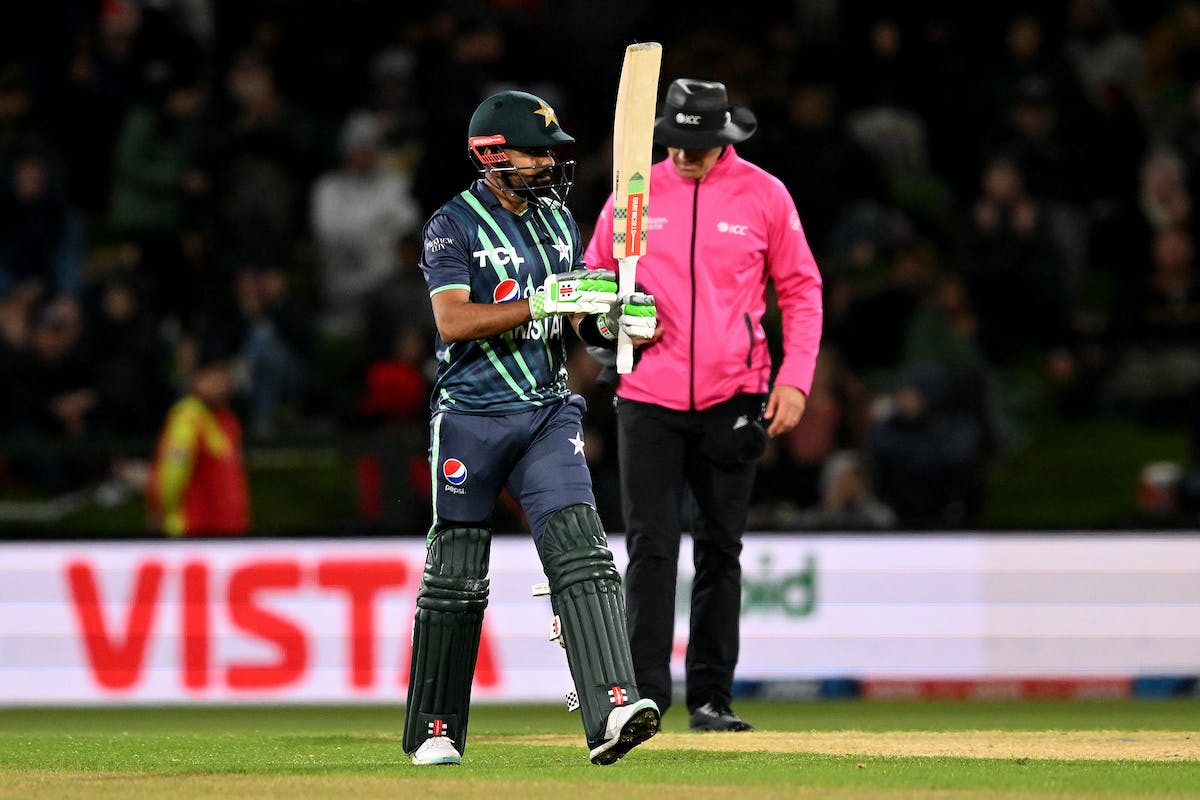 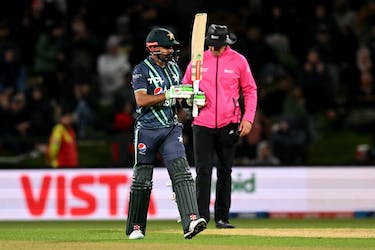 Batting was not up to the mark: Babar Azam

Despite batting the full 20 overs, Pakistan managed to put just 130 on the board

Having registered consecutive wins to start the competition, Pakistan’s unbeaten start to the tri-series came to an end on Tuesday as the visitors were convincingly outclassed by New Zealand, who registered a thumping 9-wicket victory.

Pakistan’s innings, in fact, marked the first time in 77 T20Is in New Zealand that a batting side failed to register even a single six.

New Zealand got to the target in a canter, chasing it down with nearly four overs to spare, and speaking in the aftermath of the contest, Pakistan skipper Babar Azam rued his side’s dismal batting effort.

“First innings was a little bit slow, our batting was not up to the mark. Lot of things to discuss and a day off tomorrow, we will ensure we don’t do the mistakes in the next game,” Babar said in the presentation.

The Pakistan skipper reckoned that his side were at least 30 runs short on the day.

That the Black Caps raced towards the finish line was due to the brilliance of Finn Allen, who smoked 62 off just 42 balls, smashing six sixes. Allen took on the Pakistan bowlers from the get go and killed the chase pretty early on with some devestating strokemaking.

New Zealand skipper Kane Williamson was full of praise for the young opener.

“He (Finn Allen) has been hitting the ball well. He batted beautifully today,” Williamson said.

Allen was outstanding, but it was Michael Bracewell that walked away with the Player of the Match award. The off-spinner conceded just 11 off the 4 overs he bowled, and also accounted for the wickets of both Babar and Rizwan.

The fifth match of the tri-series, between New Zealand and Bangladesh, will be played tomorrow at the same venue.