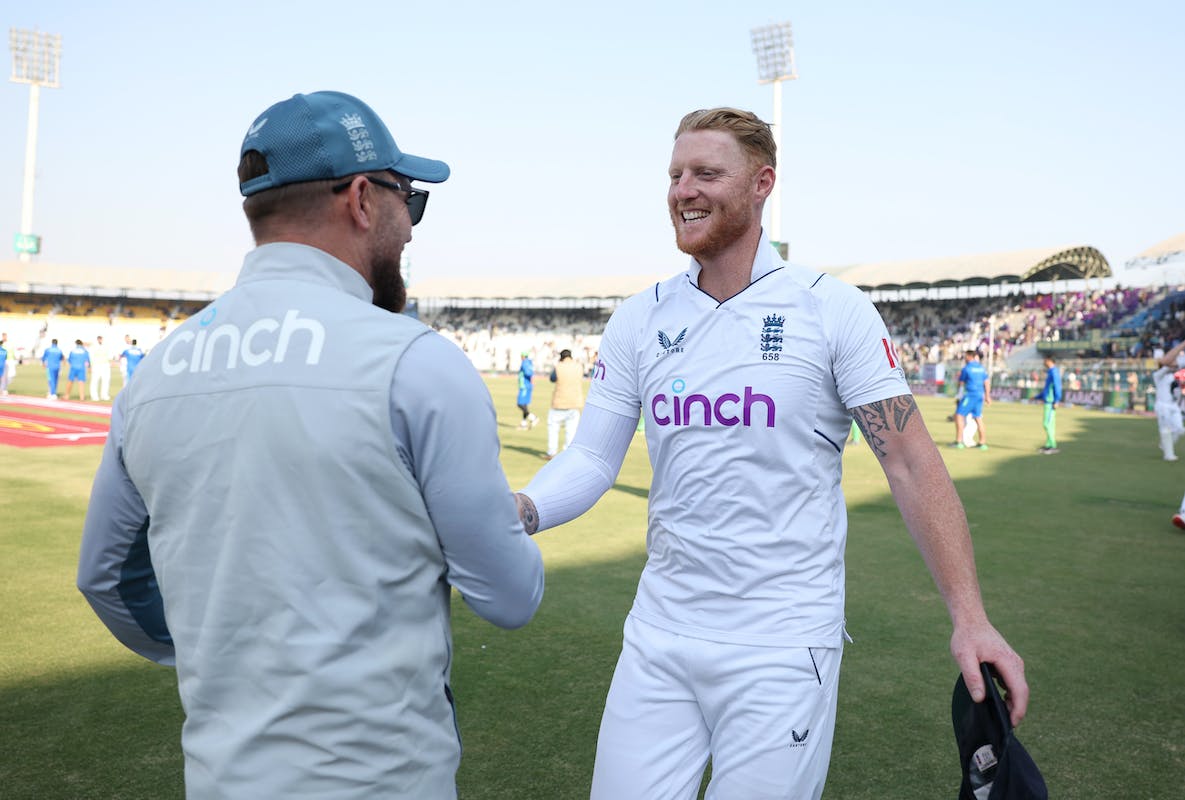 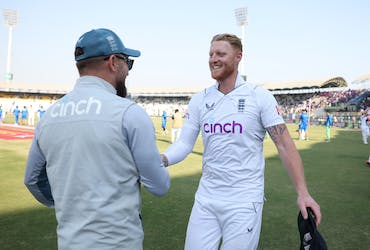 The victory over Pakistan in Multan on Monday made it 8 wins in 9 matches under Brendon McCullum for England, but more than the results, what’s taken the world by storm is the brand of cricket the Three Lions have played.

The very first series in the Stokes-McCullum era, against New Zealand, made it clear that the Three Lions were aiming to push the limits when it came to aggressive batting in Test cricket, and it’s fair to say that, thus far, project Bazball has proven to be a huge success.

Since McCullum taking over as head coach, England have batted at an astonishing rate of 4.77 and have chased fourth-innings totals north of 275 multiple times successively. In Rawalpindi last week, they broke new ground by becoming the first ever team in the history of Test cricket to amass more than 500 runs in the very first day of a Test match.

They’ve also, in the ongoing series against Pakistan, set a new record for the most runs scored in the first session of a Test match.

The world has been in awe of the way England have gone about their business under Stokes and McCullum and KL Rahul is no different.

Ahead of the first Test against Bangladesh, the stand-in skipper has claimed that he’s a big fan of Bazball, labeling the Three Lions’ style of play ‘really, really exciting’.

Rahul, who ahead of the first Test promised that his team will come out all guns blazing against Bangladesh, stated that all teams ‘can learn a thing or two’ from England’s success but insisted that it’ll be impractical for others to replicate the template, for a variety of reasons.

“That’s worked for them but each team has its own way. All teams can learn a thing or two from teams that are doing well, but you can’t always have the same approach. You’ve got to adjust to the conditions.”

When asked if he felt Bazball was flirting with recklessness, the Indian vice-captain was quick to rubbish the suggestions. The 30-year-old instead lauded the ideology and the clarity that comes with it, and stated that there no longer exists a ‘set way of how the game needs to be played.’

“I don’t think it’s reckless cricket. They have a certain mindset, they’ve thought about it and they back their players. The players are doing a job for the team and when you’re doing a job, it doesn’t really matter how you’ve done it. Ultimately, your aim is to get the job done for your country.

“Cricket is evolving - there is no set way of how the game needs to be played. It’s up to the players in the middle to assess what’s the best thing to do for the team, and as leaders you need to back them.”

With the victory in Multan, England leapfrogged Pakistan in the WTC table, moving to fifth spot.