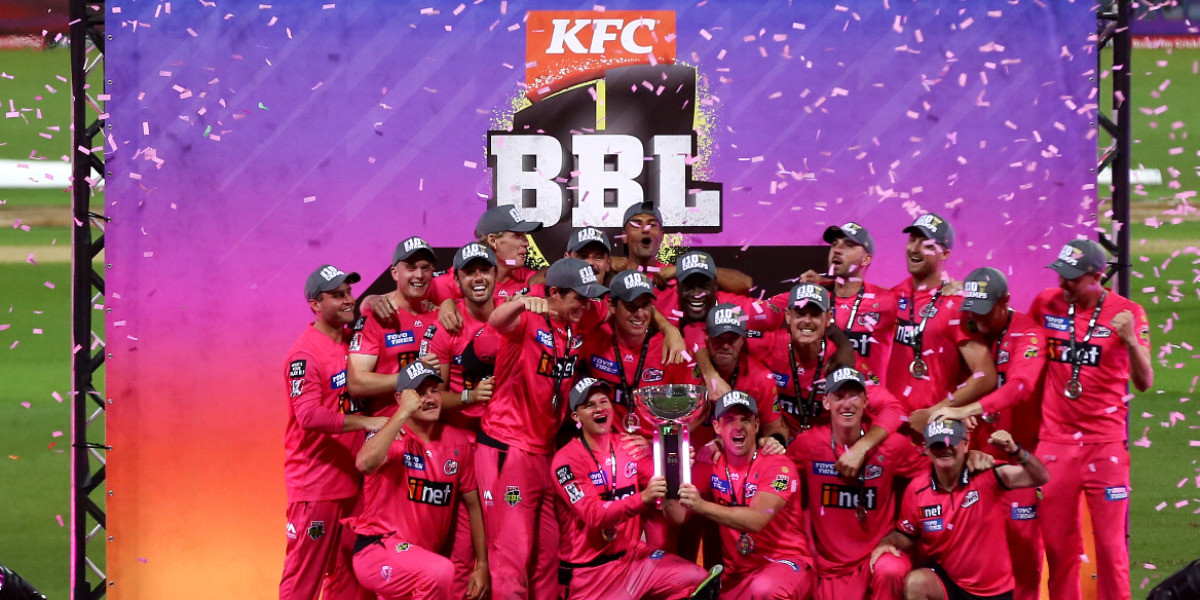 Australia's Big Bash Twenty20 League will begin on December 5 with a full home-and-away schedule, although officials Wednesday said they were ready to be flexible given Covid-19 uncertainty.

The 11th season of the eight-franchise Twenty20 tournament will get underway when reigning champions Sydney Sixers take on the Melbourne Stars at the Sydney Cricket Ground, the first of 56 games over 46 days.

It will take in 14 venues and culminate with a finals series from January 21 ahead of the decider seven days later.

"Like all leagues globally, we remain conscious of the need to be agile in response to the challenges of the pandemic," said BBL chief Alistair Dobson.

"We are confident that the experience obtained through our successful completion of the BBL 10 campaign will hold us in good stead as we deliver the best possible competition for our players and fans."

Each side will again be allowed to recruit three internationals, with the likes of top-ranked T20 players Rashid Khan, Dawid Malan and Mohammad Nabi all taking part last season.

The KFC BBL is set for an influx of English and Afghan players this summer after the proposed international player draft was scrapped for a second time due to the pandemic.

Officials are hoping to leverage Australia's six-Test summer, which includes the Ashes against England and a historic first-ever Test against Afghanistan, to not only boost the international players in the BBL but also further lift television ratings after the competition attracted its biggest ever broadcast audience last season.

With the Big Bash a proven winner riding on the coattails of blockbuster Test matches – six of the nine highest-rating regular-season games last summer came after a day of Test cricket – this season's schedule will include eight 'mega days' where Test cricket during the day will be followed by a BBL double-header at night.

A shorter season has also led to a scheduling clash where seven BBL games are slated to be played at the same time as an Ashes Test – two during the day-night Test in Adelaide, and five during the fifth Test in Perth, where play finishes at 8.30 pm on the east coast.

The early finish, before the start of Australia's ODIs against New Zealand, means white-ball stars like Aaron Finch, Glenn Maxwell and Josh Philippe should be available for the entire tournament, as they were last season

The presence of England and Afghan players in Australia for international cricket will also help fill out the international rosters of BBL clubs, with the league facing a challenge to attract overseas talent given the ongoing border restrictions and quarantine requirements.

Afghan players like Rashid Khan should be free for the entire BBL following their Test match in Hobart, while the likelihood of an extended England squad to help Ashes preparations means there should be plenty of English players in the country and free to play the BBL once the Tests get underway.

Australia's strict quarantine requirements and slow vaccine rollout has already led to the postponement of the Formula One Grand Prix in Melbourne, while the Australian Open tennis in January is also no certainty to go ahead.

(With inputs from cricket.com.au)