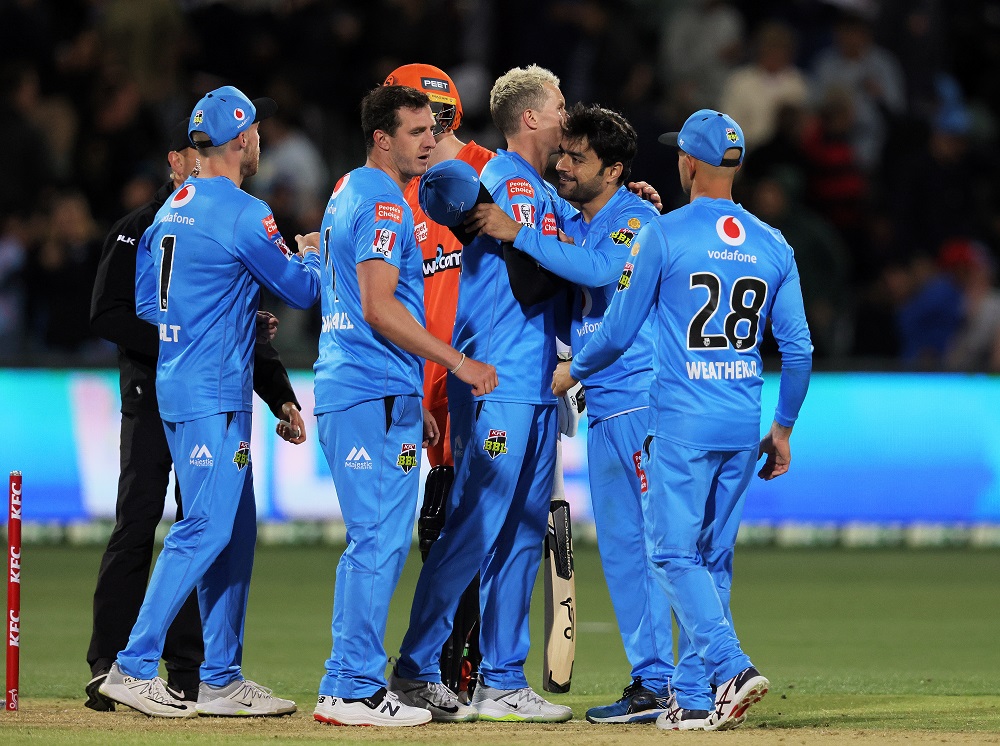 Rashid Khan stole the show with bat and ball as Adelaide Strikers trounced winless Perth Scorcher by 71 runs in the Match No. 17 of Big Bash League at Adelaide Oval on Monday (December 28).

The Strikers climbed to the top of the table after three wins and four Bash Boost points.

Perth Scorchers who were seeking their first win in the League, made a blistering start in the Powerplay scoring 36 runs for the loss of one wicket but Josh Inglis’ departure soon crumbled their innings.

Inglis, who could not score in double-figure in the last three innings, hit two boundaries and a six in the first two overs.

Scorchers batsmen continued troubling bowlers as Jason Roy smacked three boundaries and a 6 in the third over. Strikers brought Wes Agar into attack who dismissed Inglis on his very first ball of the innings.

After the end of the powerplay, Strikers brought Rashid Khan into the attack. He conceded a boundary to Munro and took revenge on the very next ball. The visitors lost another wicket in next over when Worrall dismissed Jason Roy (21 off 11).  Scorchers lost 4 wickets in quick succession. They were 63 for five in 10 overs.

Liam Livingstone (22 off 24), who was the highest run-scorer for Scorchers last season, tried to be on the crease but batsmen on the other side could not support him. He was removed by Peter Siddle in the 15th over. Siddle is the highest wicket-taker (10) for Strikers in the ongoing season. His best bowling figures this season is 5/16 that he grabbed against Hobart Hurricanes.

Andrew Tye contributed 13 runs for Scorchers, who were bundled out for 94 runs.

Earlier, after losing the toss Strikers came to bat. It was a see-saw kind of start when Scorchers’ bowlers restricted Strikers’ batsmen to score, but the latter soon balanced the run-rate by hitting boundaries and put pressure on the opponents. Jason Behrendorff opened the attack for Scorchers and tried to restrict Phillip Salt, who compensated five-dot balls by hitting a six in the first over. Jhye Richardson then bowled economically and gave away just one run (wide) in the second over. Soon it was Salt who equalised it by hitting a six and a four. Weatherald then slammed AJ Tye by touching the fence thrice to make it 33 for no loss for the hosts in the powerplay.

Salt was on fire since the start of the show and frustrated bowlers by hitting a couple of boundaries and a six to propel his side reach 50 in five overs.

Scorchers called Mitch Marsh at the bowling crease. Marsh, who held the ball for the first time since suffering an injury during the Indian Premier League, got rid off opener Weatherald (18 off 23) in his second over. Salt, however, continued smacking boundaries and completed his fifth BBL’s half-century before drinks break. Strikers were 79 for 1 in 10 overs.

Richardson, who was brought back into the attack after a small pause, gave rest to Salt (51 off 31), who caught by Turner at mid-off. After a blistering start and a masterclass by Salt, Strikers were pegged back by Scorchers, when they removed Alex Carey in the 14th over. They were 104 for 4 in 15 overs.

Marsh came into the attack in the 16th over and got rid of Jonathan Wells, who left his side 110 for 5. Rashid Khan then handled the crease and played a stunning batting spell as he scored 29 runs off 13 balls with the help of three sixes and a four before being dismissed at the hands of Tye in the 19th over. Rashid’s spell buoyed Strikers in the gamed and helped them score 165/8. 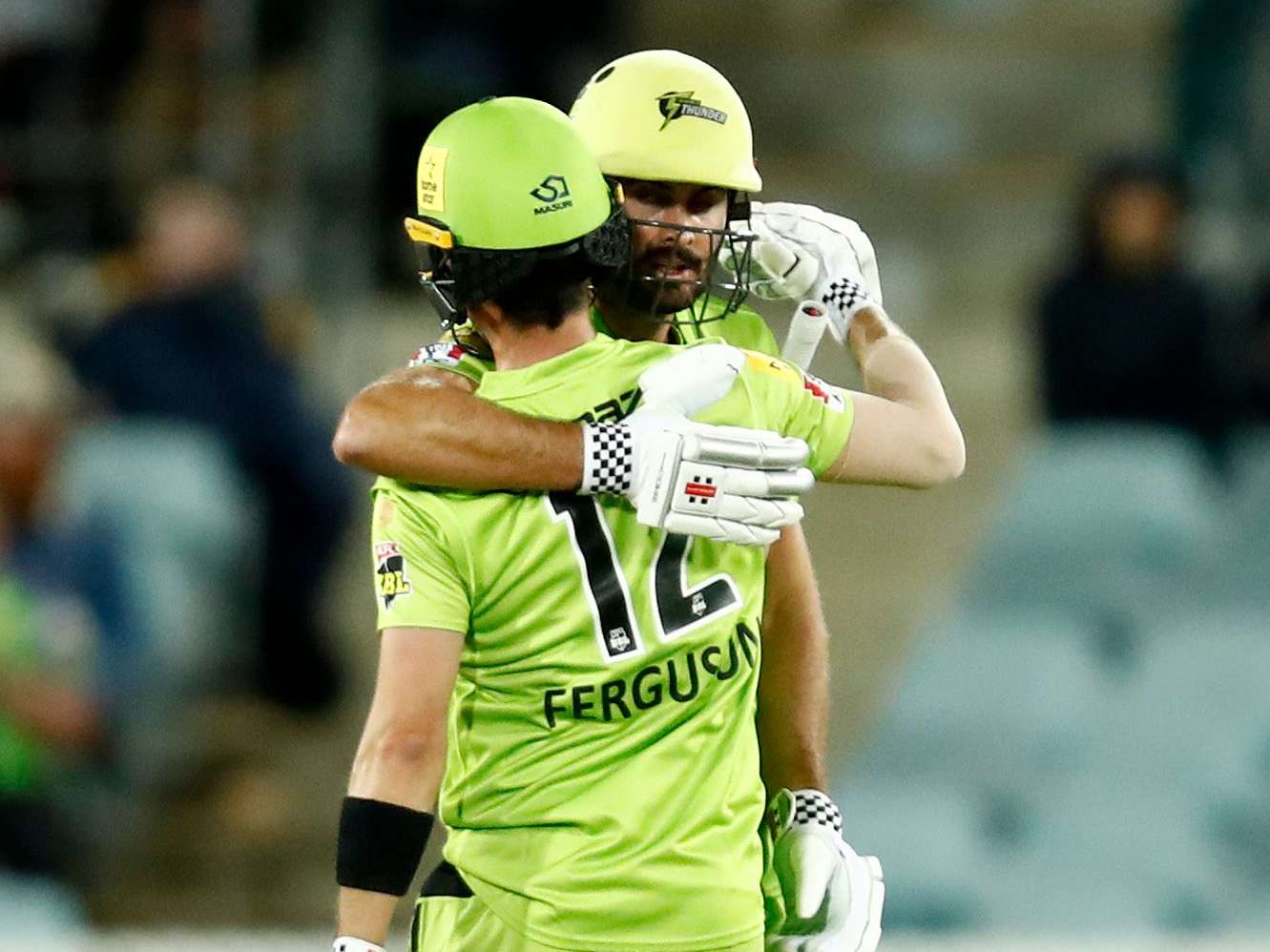