Biggest quality I see in Kohli is his adaptability: Rathour 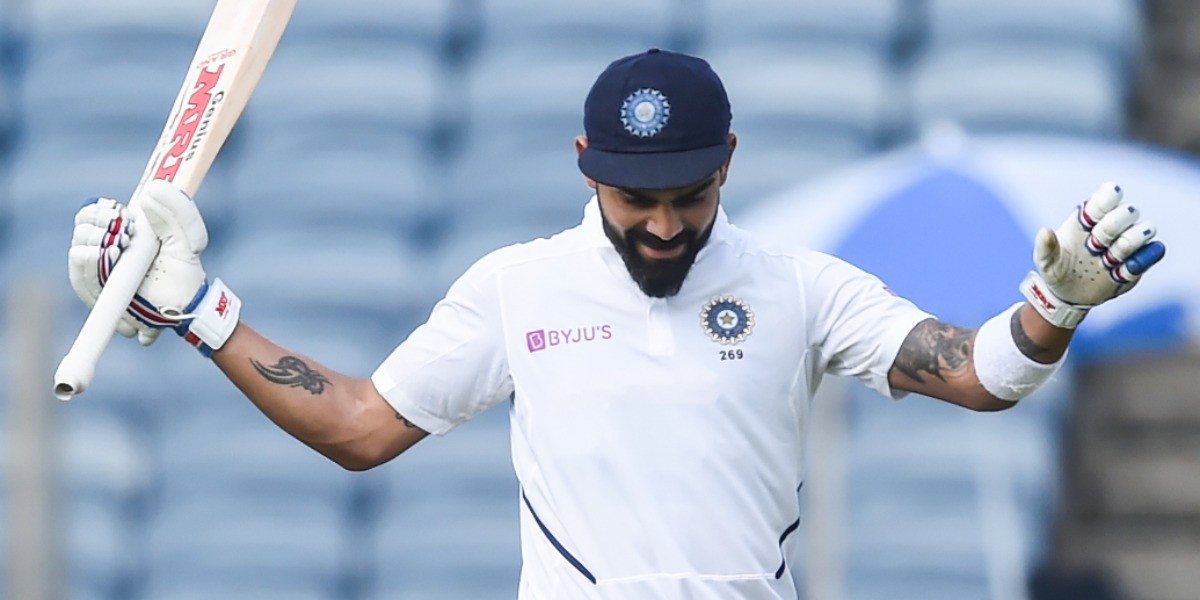 Biggest quality I see in Kohli is his adaptability: Rathour

India have touched base in Southampton and will take on New Zealand in the World Test Championship Final (WTC) from June 18. The Indian batting contingent will be tested against the likes of some quality bowlers like Trent Boult, Tim Soutee and Neil Wagner among others.

India batting coach Vikram Rathour has seen this team turn things from 36 all out in Australia to going on to win the series 2-1 Down Under in a matter of weeks.

Speaking about the batting talents at his disposal, Rathour says the best quality of Virat Kohli is his adaptability.

"Virat is, of course, the best there in the world. The kind of talent and consistency he's shown is there for all of us to see. His work ethics are second to none. But for me, the biggest quality I see in Virat, and I've said it before too, is his adaptability. In that aspect, he's unique. He is someone who can effortlessly shift gears and change his game depending on the situation and that is his biggest quality. We have so many players today, internationally, who have strengths and certain areas in which they're at the top of their game. Some take stress well, some have good defence, some can be explosive at will. Virat is a combination of all these elements and that, I think, is his biggest strength. He's a complete package," Tathour told TOI.

"In 2016, when he scored those four hundreds in the IPL, he hit some 40-odd sixes and had a strike rate of 150-plus. I joined the team, as a selector, after that IPL and we were playing the West Indies in Tests. Now this guy, who'd just come from the IPL having scored 900-plus runs, goes into the first Test and scored a double hundred without hitting a single ball in the air. So, it's not about whether he can hit a six, of course, he can hit a six. But does the team or the situation require that now, or does it require him to stay out there in the middle and man the ship? Virat's the kind of guy who can change those gears better than anyone else in the game today," he added.

After India were bowled out for 36 in Adelaide, it was Ajinkya Rahane who led from the front to score a magnificent century in Melbourne - an innings that Rathour believes is one of the better innings he has ever seen.

"After the first Test match, many of the experts had written us off. Virat was leaving. Ajinkya was taking over as captain for the next Test. That Test match showed how good a player Ajinkya is. It was one of the better innings I have seen in my life. There was cloud cover that day, conditions weren't most helpful. The kind of discipline he showed was outstanding. There was no restlessness, he didn't try to create any shots, he waited for his time and showed great control outside the off-stump," the India batting coach said.

"I remember, in one of my conversations with him earlier, he had spoken about the 'cut' being his favourite shot. If you look at that innings, I think he played his first cut when he was close to his 100. It tells you what discipline he showed in that innings. The Aussies bowled extremely well in that game, especially in the first innings. So, it was even more special," Rathour recalled.

Relatively new to the opener's role in Test cricket, Rathour reckons he has shown great promise in the five-day format since 2020.

"Rohit is a man finally in control of himself, his thoughts, what he wants to achieve and where he wants to head from here. Rohit always had the game and the talent to be successful even in Test cricket. Look at the way he began approaching his Red ball cricket, since he has turned an opener, from 2020 onwards. He always had a terrific game plan and method that made him such a prolific run-getter in shorter formats. But he may not have been so certain about how he intended to approach the red-ball format. But you see Rohit in Test whites today and you know this man has a very sorted gameplan. Now he is much more relaxed and disciplined at the start of his innings in Tests, he likes to take his time to settle down and once he has, we know what he's capable of.